This lovely little vessel of sorts
was given to me years ago
because, yes I am the one who likes old 'stuff.' 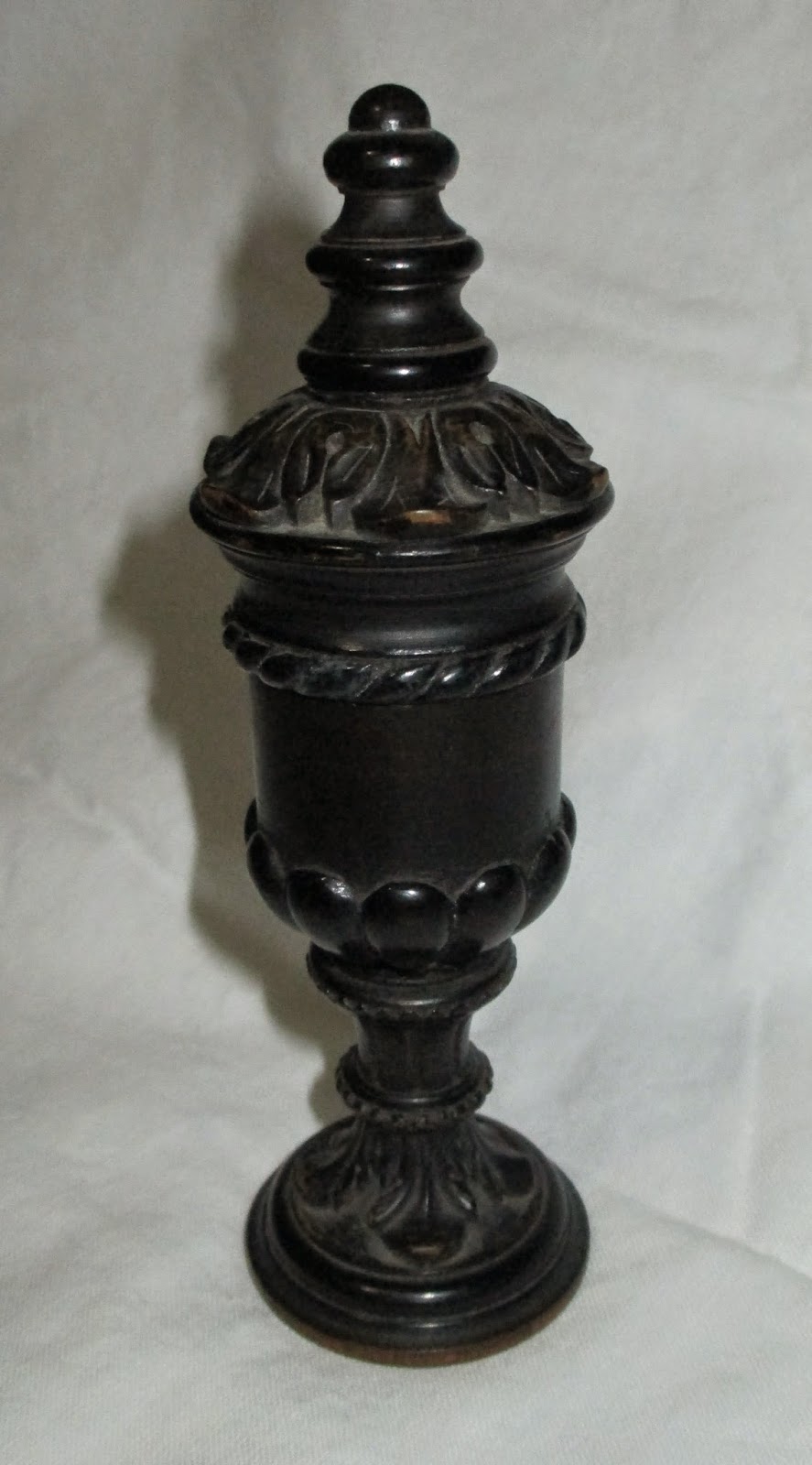 It was handed down through some extended family,
and was at a bit of an end so it came my way.
It is from Estonia.
It appeared to me to be a crochet set
for some very tiny/fine lace.

What I learned after all these years...

It is actually a tambour set.
Tambour was the precursor to crocheting.
What we now call crocheting
was once called tambour in the air. 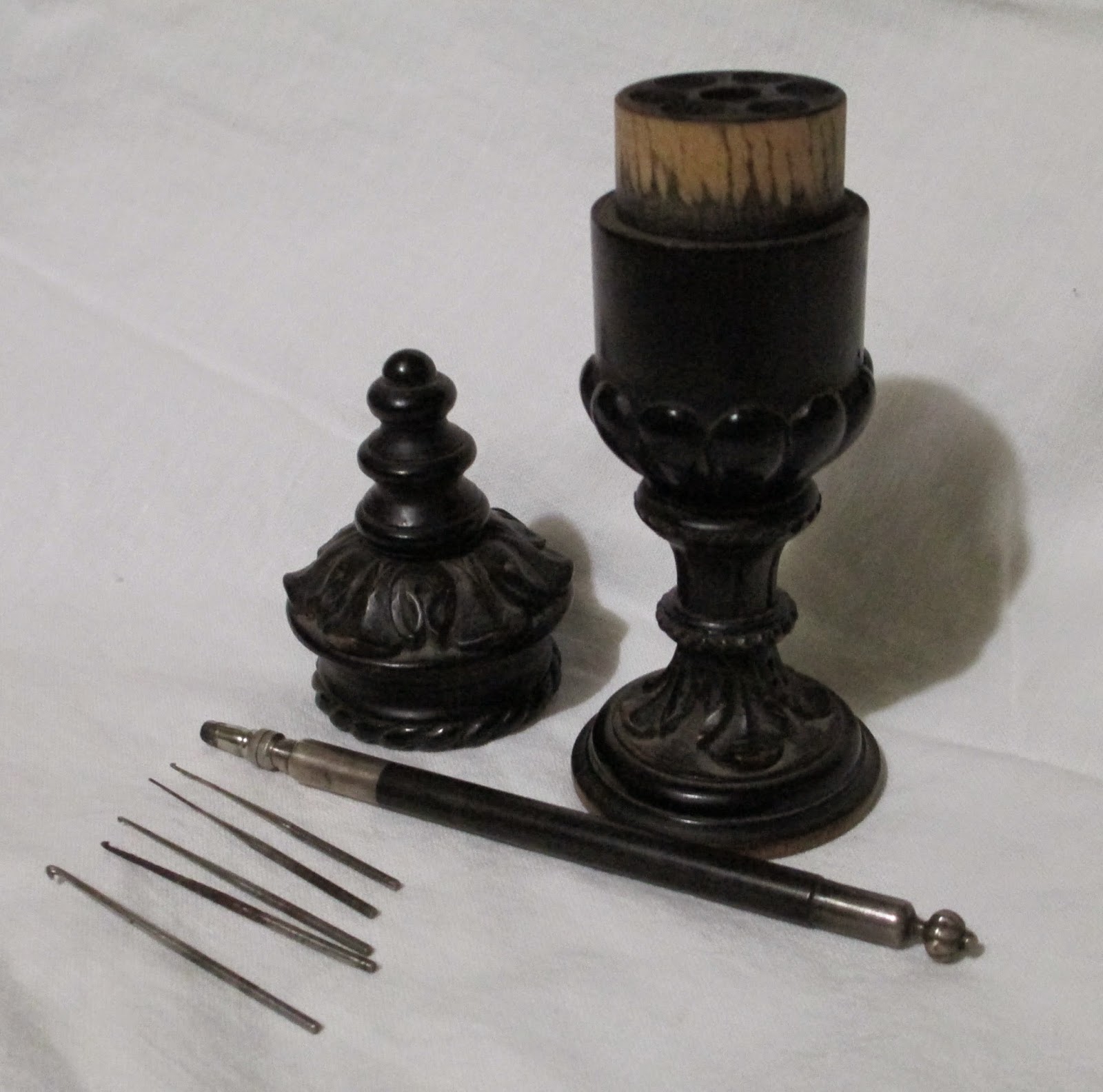 It is frequently seen on such finery as wedding veils
or beaded pieces.
Fabric was stretched over a drum/hoop
which is in conjunction with the tambourine and snare drum.
The hook actually goes through the fabric where
the thread is wrapped around, hooked, and drawn
back up through the fabric.
It's really like crocheting through fabric.
(There are several good youtube videos if you're interested.) 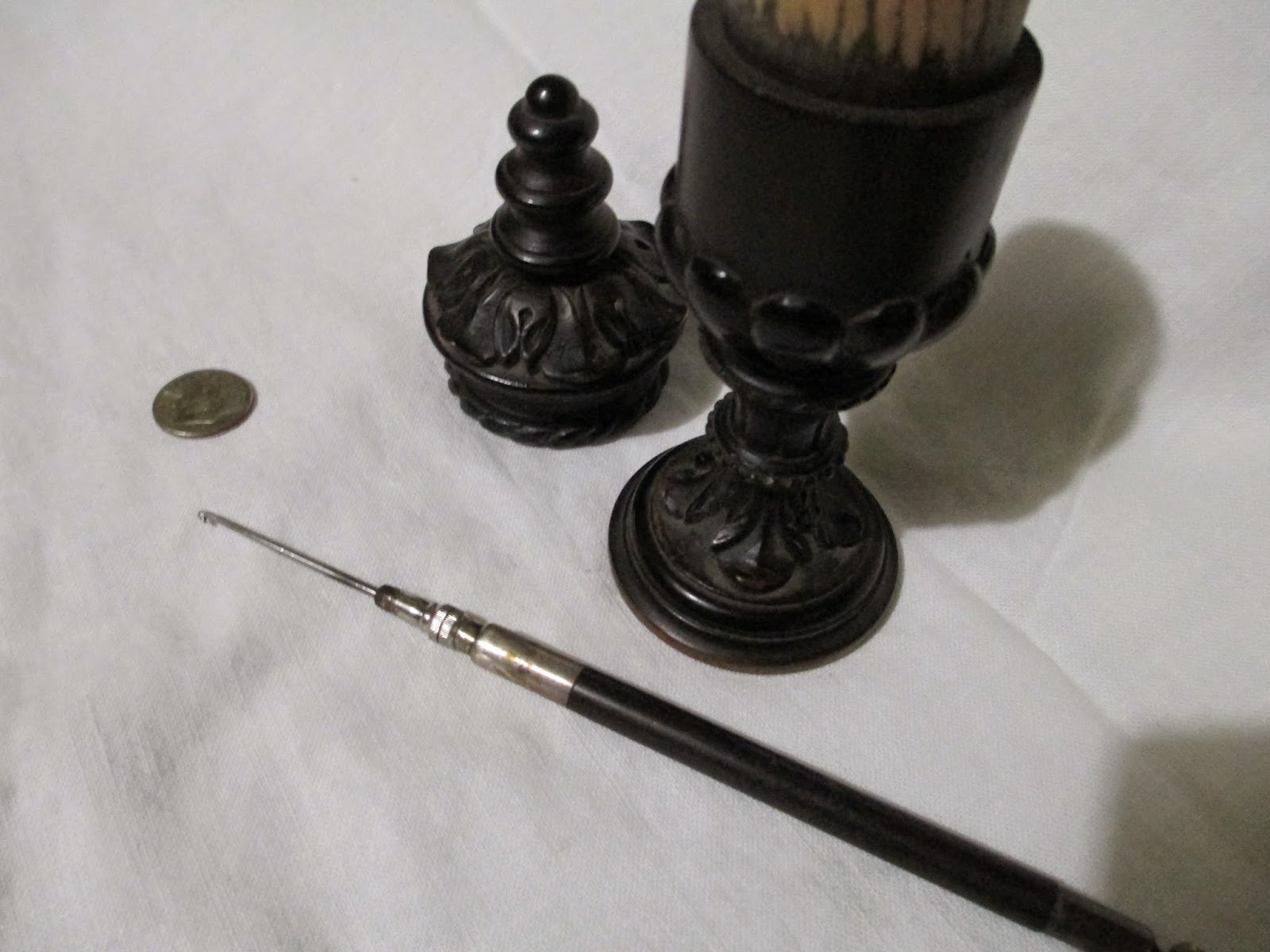 There are various sized hooks for different threads.
This finest hook is about like a snag in your fingernail.
Even with a dime to reference size,
it is difficult to see just how small it is.
I can't imagine the works this set created. 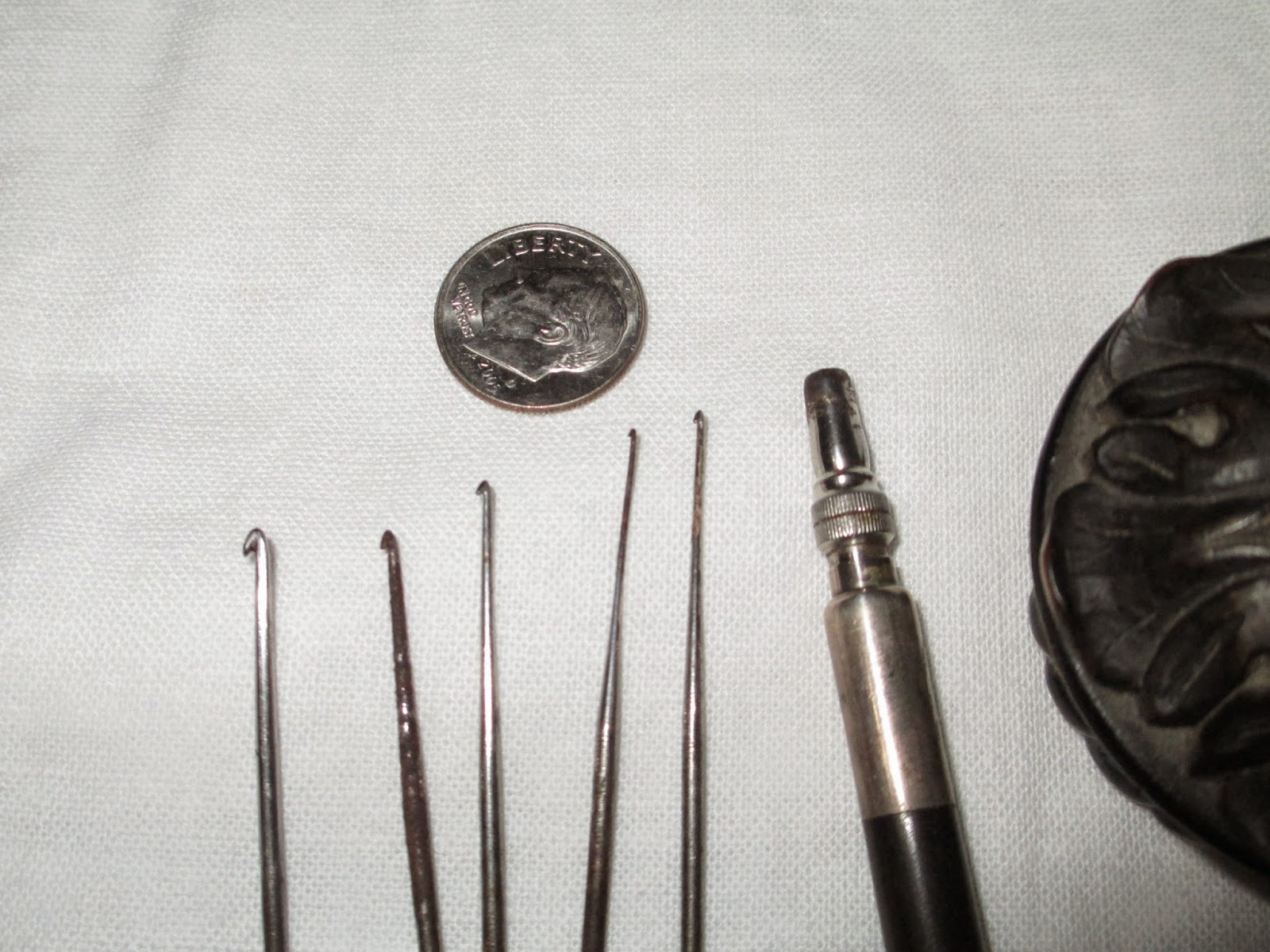 It was so amazing to learn what it actually was.
I love those little bits of knowledge of history and tradition
that would otherwise be lost to modernization.

I tell friends, "I know lots of useless information, just
don't ask me anything important."
(Example: Did you know the zipper wasn't invented until 1891?)
This is just one more of those little morsels.

~A Time To Pause~

Last year by this time, we had been frozen.
Our green tomatoes were scattered on newspaper
to finish ripening and
the fire was lit nightly.
So far this year we've been pretty lucky.
We have lit an evening fire a few nights.
It won't be long.
The weather is turning ~ blessed rain. 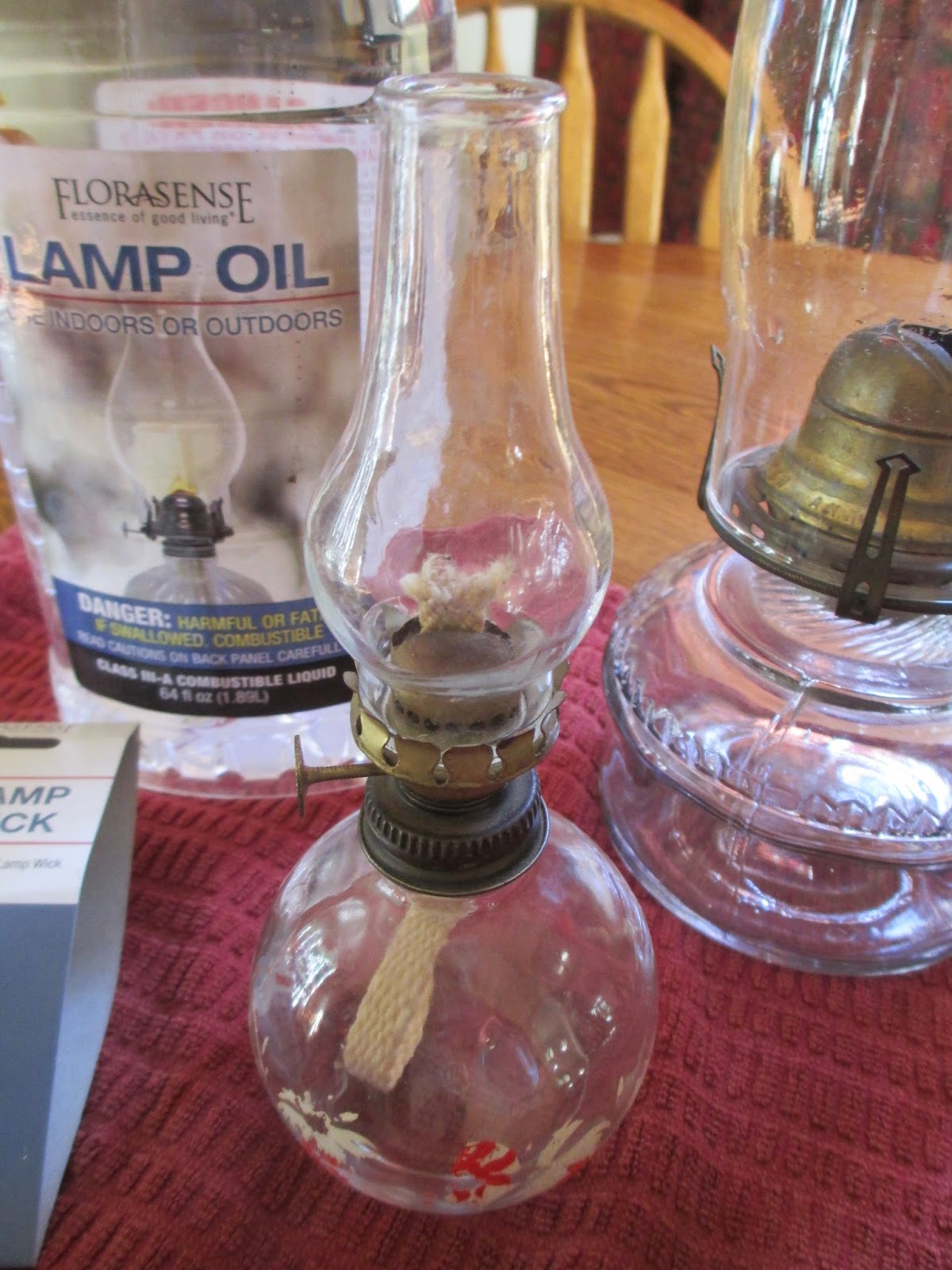 I've filled the lamps and we have one by one
closed the windows against the chill of night.
They are now all closed.
The last was the bedroom:
to hear the river, the frogs, and the quail
both nesting and waking in the ivy trees
is something we relish. 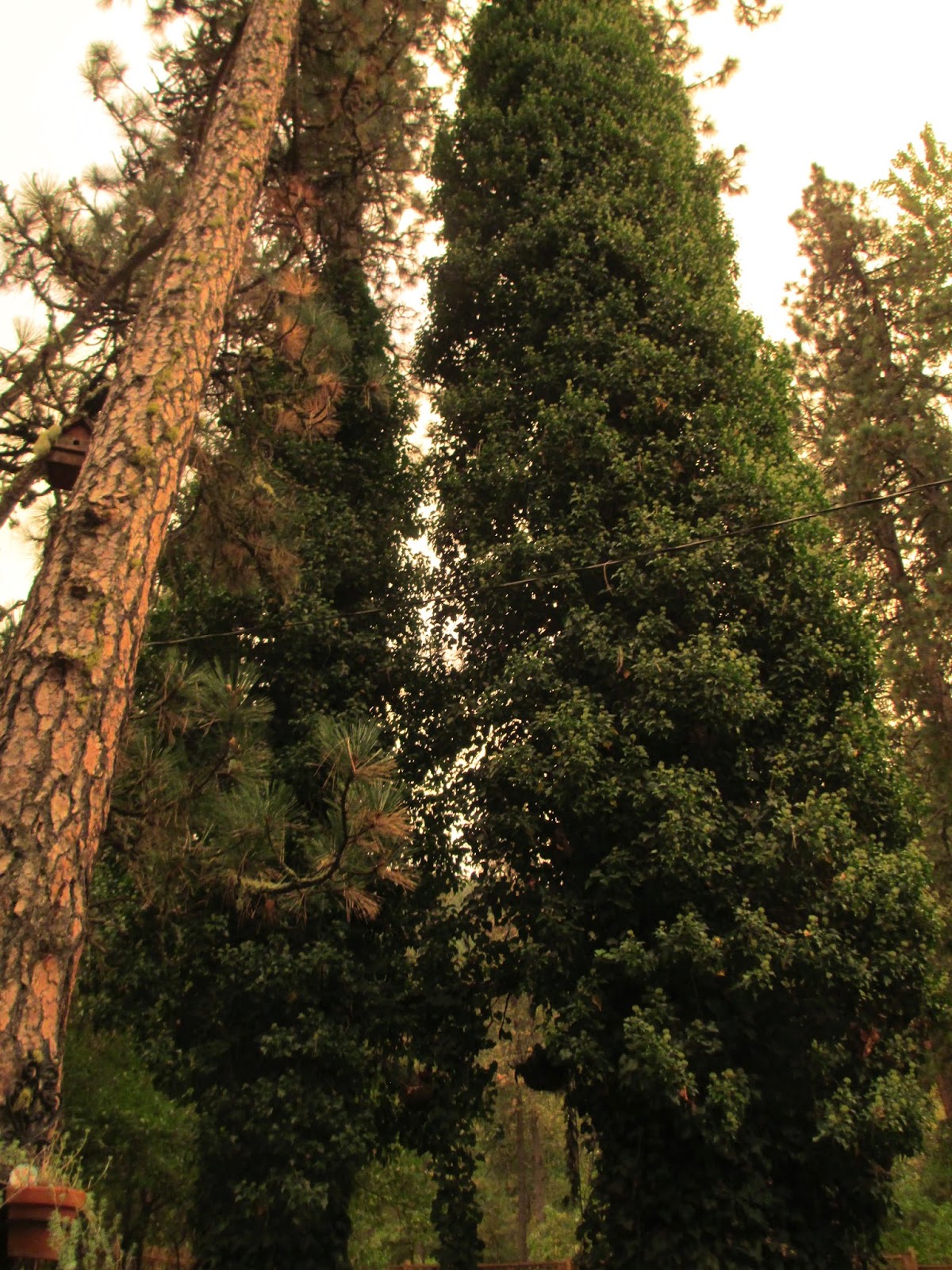 (out our bedroom window & back door)

It is now time for a bit of reflection
by the warmth of the fire with a cup of
something warm to drink.
And so begins the season of inside,
a time to pause
and take notice of the things within.

I've been away for a bit
and I thank you for your patience.
Sometimes there are just those things that need tending to.
There was a nice weekend in Spokane
that I will share with you soon.

No More Gnats (or fruit flies)

Some folks are just a wealth of knowledge.
As Mom and I were complaining about fruit flies
and now all the gnats,
a family friend nonchalantly said,
"1/2 cup vinegar, 1/2 cup of water and a drizzle of blue Dawn dish soap
in a bowl will attract them, and they'll drown." 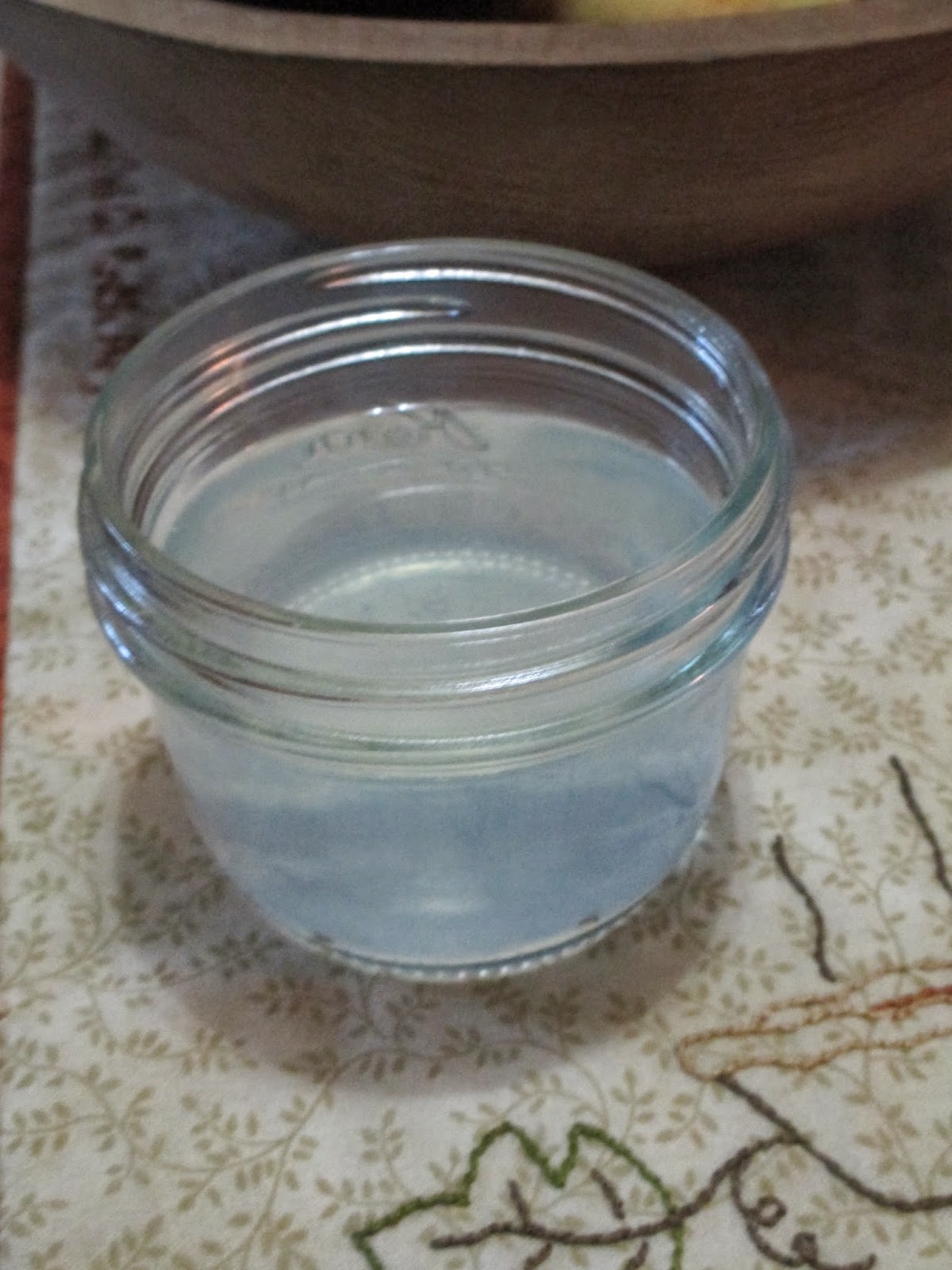 It really works!
Can you see the little corpses in the bottom of the jar?
She said a friend of hers mixed up a little batch and
set it outside thinking it would be nice if they didn't even come in
the house.  Evidently moths are also drawn to the solution.
There were so many drowned moths that the gnats and fruit flies
were fluttering over the dead moths trying to get to it.
I wish I would have known this when I was doing pears
since there were so many fruit flies, and
they seem to enjoy hovering about two inches
in front of my eyes.
This is so much more earth-friendly
than bug spray or tape.

(you can find instructions for the fall table runner here)

Until next time,
Nimble Fingers and Even Stitches
Posted by Lady Locust at 7:49 AM 9 comments: