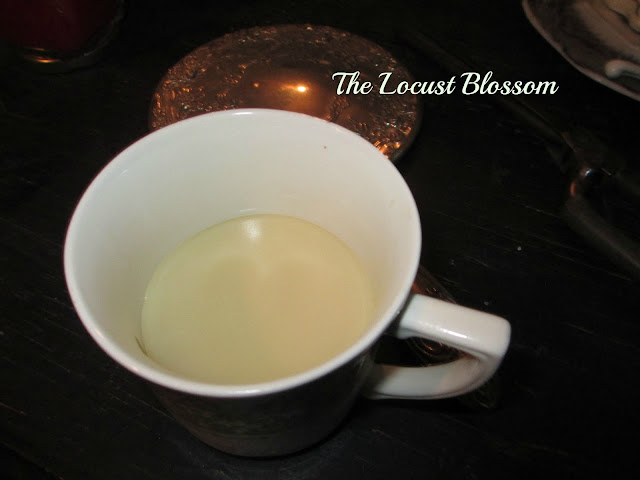 These are the easiest fire-starters ever. 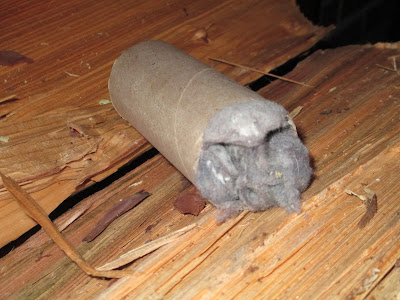 I thought I was so clever when I figured this out
only to find out that it is a really old trick.
Oh well ~ they work!
Also, they are keeping just that much more out of your garbage can.
Simply stuff your dryer lint in your empty toilet paper tubes.
It's easy to have a little container or basket of some sort near the dryer.
As the rolls are emptied, that's where they go.
Each time you clean your lint screen it gets stuffed in a roll.
Save these for winter and you're set.


May your hearts and homes be warm.
Wishing you each a blessed and merry Christmas.
Posted by Lady Locust at 6:35 AM 5 comments:

Spending Now so We Can Save Money

It kinda sounds like one of those scammer commercials doesn't it?
I'm well aware most of the nation is focused on the upcoming holiday.
I too am looking forward to it.
However, this elf has been busy not making toys
but planning for a new challenge in the upcoming year.
It might sound a bit silly or hair-brained,
but it's what I will be trying. 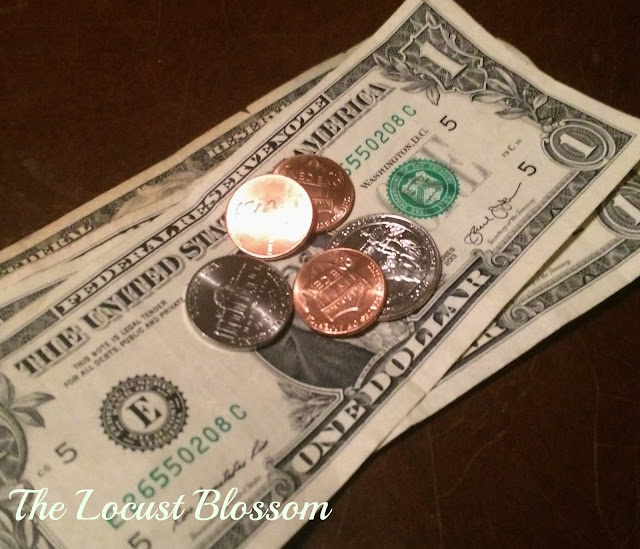 First, we don't actually shop how most folks shop.
We typically think on an annual basis rather than monthly or weekly.
We purchase a whole grass-fed beef each year.
When canning, we know about how many quarts and pints
of various veggies we will need to tide us over until the following year's harvest.
That's what "got me to thinkin'."
Why on earth am I going to the store so often?
We do purchase fresh veggies and dairy throughout the year,
but there's sure more than that in the cart.
My solution was to try to think of all the things we need/use in a year's time.

Over the course of the past couple weeks,
I've been stocking up.
Not just stocking up on food ~ we're pretty good about that.
I've been trying to think of everything including:
dish soap, coffee, vinegar (for cleaning,) TP, ketchup, lye (for soap making.)
These are things we don't make at home.

So why on earth would I torment myself by trying to figure all this out now?
My goal is to save money by staying out of the stores.
I'm already one who tends to put it off.
I don't browse the isles.
And I don't shop for fun (no way!)
What I am apt to do is think,
"Since I'm here, I should pick up X."
What happens is 3-4 days later, I am back in the store to get something else
and do that same thing again.
My plan is to (hopefully) go to the store twice per month.
I figure that should work from a veggie and dairy stand point.
I do use a list, but having set grocery days planned
should eliminate many trips all together.

There are certain things I know we will need like
pet food (not sure how long it keeps) and peanut butter (keeps about 6 mo.)
If we run out of something in October, we will put it on the list and
pick it up on grocery day.
We aren't punishing ourselves.
We are simply trying to figure out how much and of what we use
so we can budget knowledgeably rather than blindly.
We just seem to work better with figures on an annual scale.

The other thing that has occurred since beginning to work on this is
I now have a relatively thorough master list.
I am hoping to print it out so I can keep better track
if adjustments need to be made.
Our electric isn't always reliable
so I prefer the old-school method of pen and paper.
This could also be done on a computer or phone of course.
We don't make new year's resolutions,
but finances are worked annually so the new year is a reasonable time
to implement new goals and changes.
As far as results, I will have to let you know.
If nothing else, less time spent in stores will give me just that much more time at home which I relish.
So far, I've spent about twice what our "normal" monthly grocery budget is
and have about a year's worth of supply.
That in itself amazes me and tells me
there's extra spending that happens weekly/monthly.

I do foresee part of the challenge as being "retraining ourselves."
Once we get used to the new schedule,
it should work more smoothly.
As with any change, the beginning is usually the most difficult.

This does pose a question for you folks though.
Does anyone else plan annually?
If not, how do you plan?
I ask because it often seems like we are "oddballs" for doing so.
Of course, we could just be "oddballs" :).

Bartering vs. Paying it Forward

Just curious as to how many of you have been asked
if you barter for goods or services.
It's not a common question for me,
but I have been asked.
I'm never really quite sure how to respond.
Recently, we've had a couple occurrences that got me to thinking.
I was/am so completely thankful,
I wasn't entirely sure what to think.

In one incident, Mr. LB and I did something for a neighbor
expecting nothing in return and were "repaid" kindly.
The other is actually the story I would like to share with you.
Mr. LB has a friend who raises bees - lots of bees.
We asked if we could purchase some beeswax from him when it was harvested.
(See about dipping beeswax candles on this link.)

We (Mr. LB) told him about how much $ worth we would like.
It was some time before he said he had some for us. 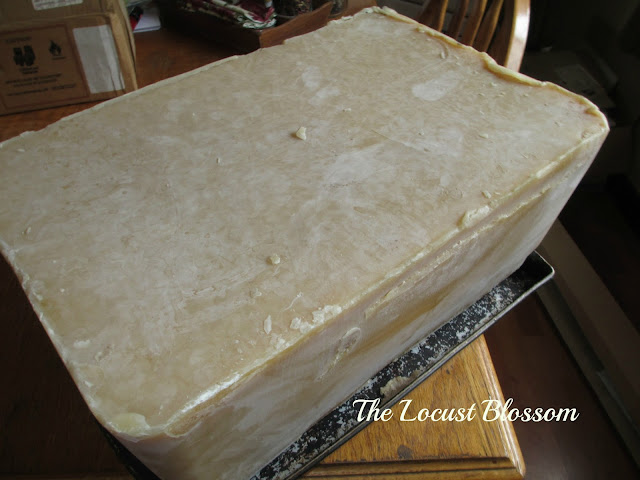 This is what he had for us when
Mr. LB stopped by after work.
When asked how much we owed him,
his response was, "Awe, don't worry about it.
I'll be needing some metal work."
He indeed needed some metal work a few weeks later.
Mr. LB was only too glad to deliver.

Maybe some folks would call that bartering,
but I kinda think of it as paying it forward.
We could have easily said that we would prefer to pay him,
but there is a friendship and sense of community when
trading for the unknown.
Maybe it's about trust.
We don't go into things with the mentality of
I'll offer 18 eggs for a 2"X4", or
I'll work 3 hours for the use of XYZ item.
It seems so much easier to just offer help when needed -
of either goods or labor.
Isn't there an old saying - something to the effect of
it's better to be owed than to owe?
I don't think that means only money.
The other great part of it is the not keeping track.
If you happen to help someone out and don't expect anything in return,
it's very freeing not to have to remember.
The friend above is one who might have gone a year or two before needing
anything done.  Then when it was done would ask how much he owed.
We could then have responded, "Awe, don't worry about it.
We'll need some beeswax sometime."
See how easy forgetting is:)

This block of beeswax should last me some time.
I am still in complete awe.
Thank you Jeff.
And thank you Love (Mr. LB:).