Just in case you thought I was slacking...
well, I might be, but I'm making progress.
It is a very slow going piece. 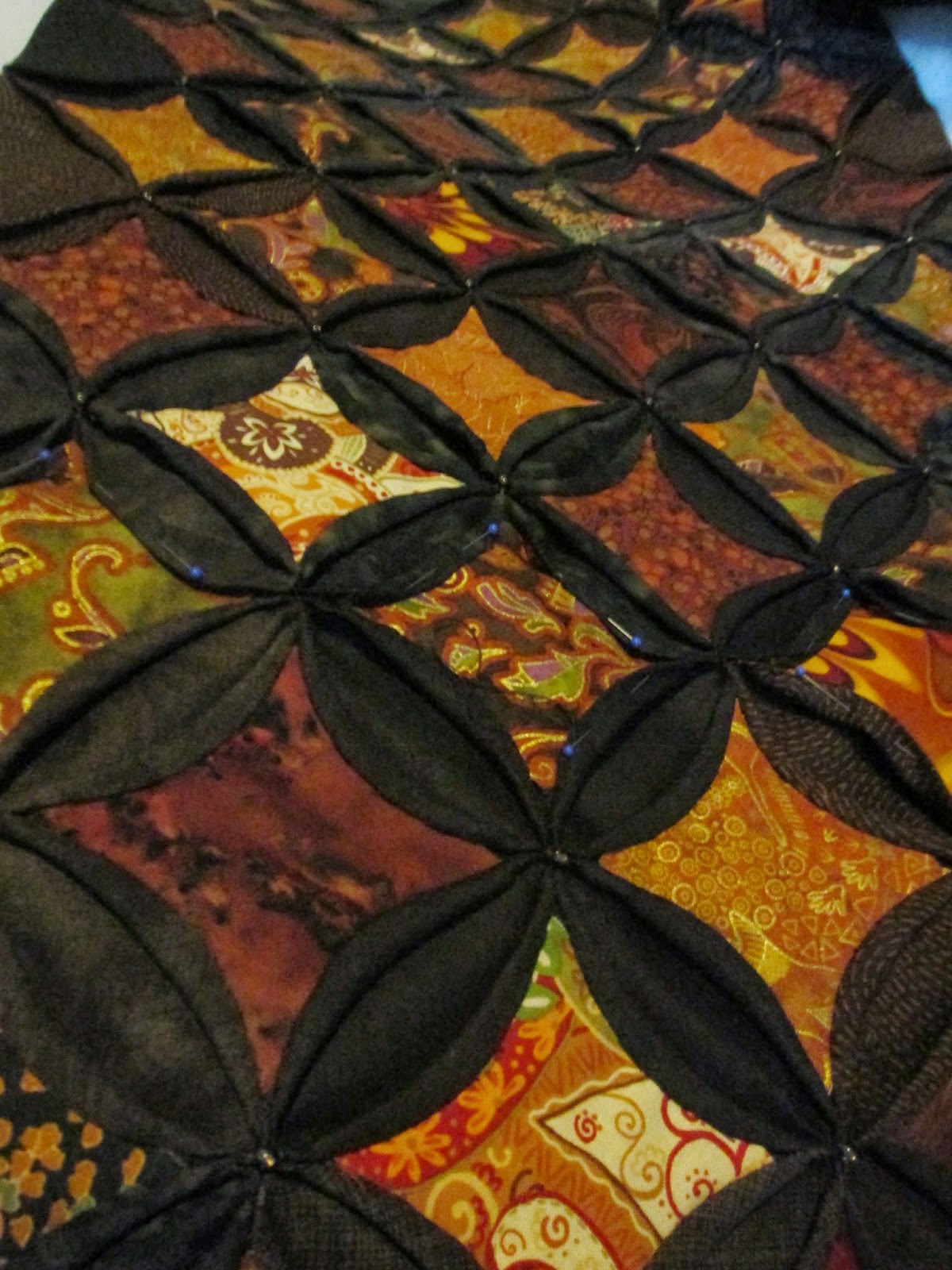 I now have all 99 blocks made
from the 398 smaller blocks.

Aaaaand...from those 99 blocks,
I am now joining them into pairs,
then onto the main piece which will eventually
end up being the coverlet. 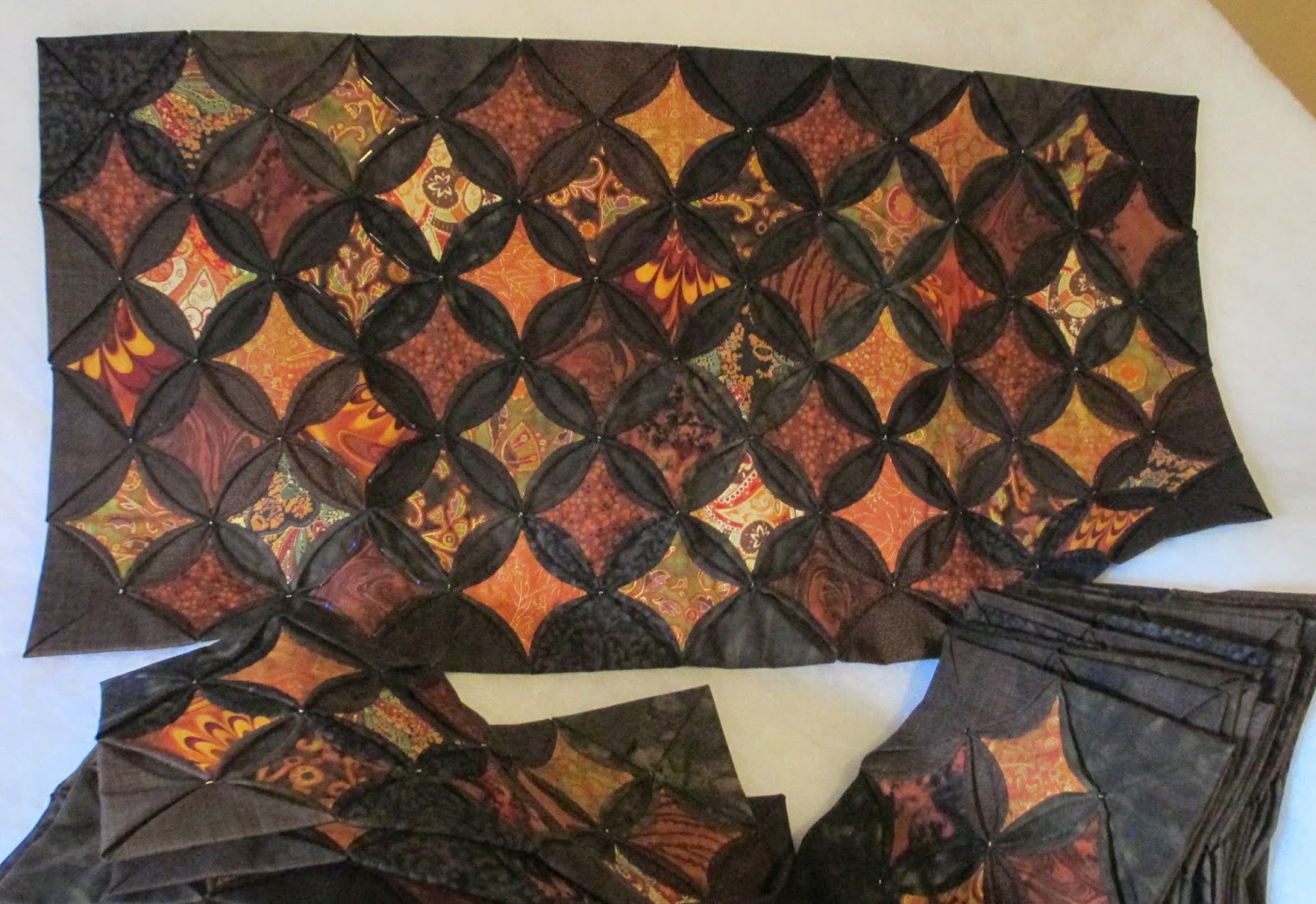 I didn't show all 99 of the blocks as they are
stowed away in a basket so I just took out a hand full.

I am still working at it.
Really I am - here's the needle. 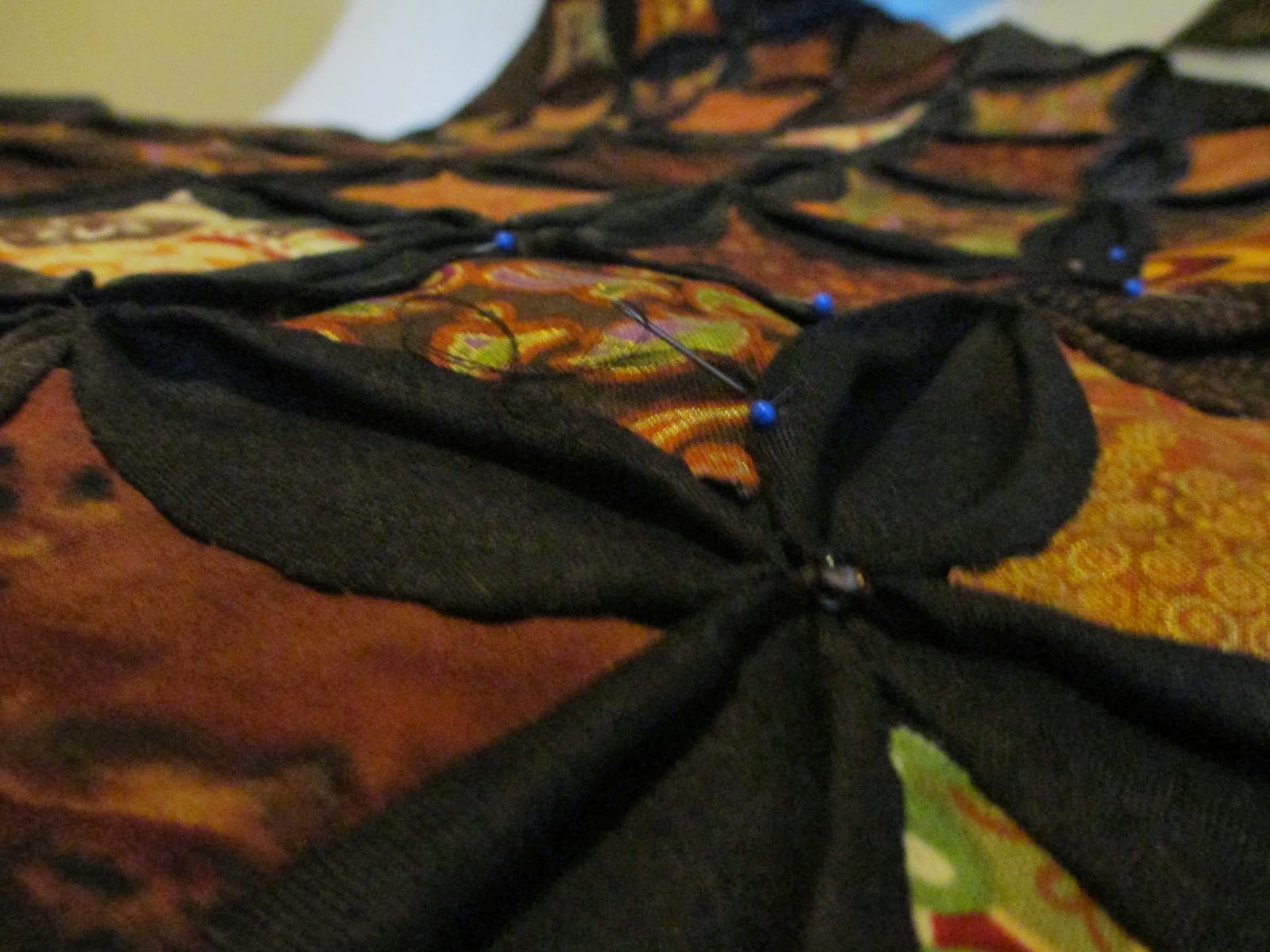 Maybe by fall it will look more like a real coverlet.

A word to anyone who is considering making this pattern.
You need to be okay with so-so.
If you are a perfectionist, you might grind your teeth down
and need to learn wittlin' so you can make some new choppers.
I have been adding beads to distract add to the design.
The design is flawed!
There is no way to fold 4 layers of fabric
into a perfect angle of about 15-20 degrees.
(Side note: I'm so old, I remember degrees symbols on typewriters.)
In order to make the point,
you must roll the fabric over creating the appearance
of another seam.
Also, in the points, if you do attempt to make them perfect,
there is a very small corner of the raw edge of the window
that will show.
Had I known these things prior to making it,
I might not have committed to a queen size coverlet.
Hubby loves it and thinks it is beautiful.
He likes the effect of the fabric folding and the colors.
So it's his:) 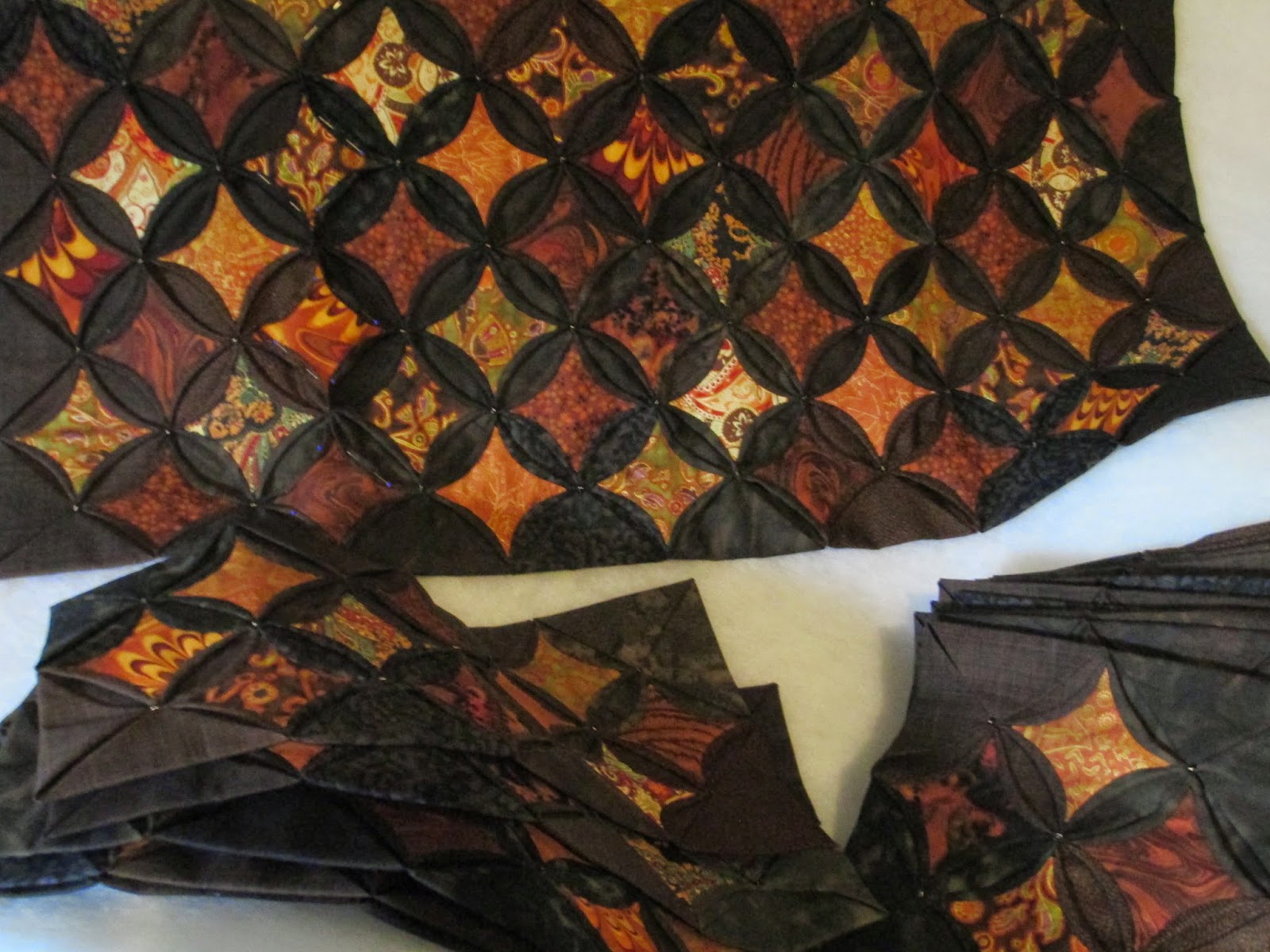 Until next time,
Nimble Fingers and Even Stitches
Posted by Lady Locust at 7:27 PM 5 comments:

Last weekend, among other things,
I attended the Love of Junk in Walla Walla.

I went only briefly last year so didn't get the full effect.
This year, I knew about it in advance so planned accordingly.
The hosts and vendors were by far the most
accommodating & friendly of any of the shows, sales, etc.
that I have ever been to.

It was a beautiful day with lots to see. 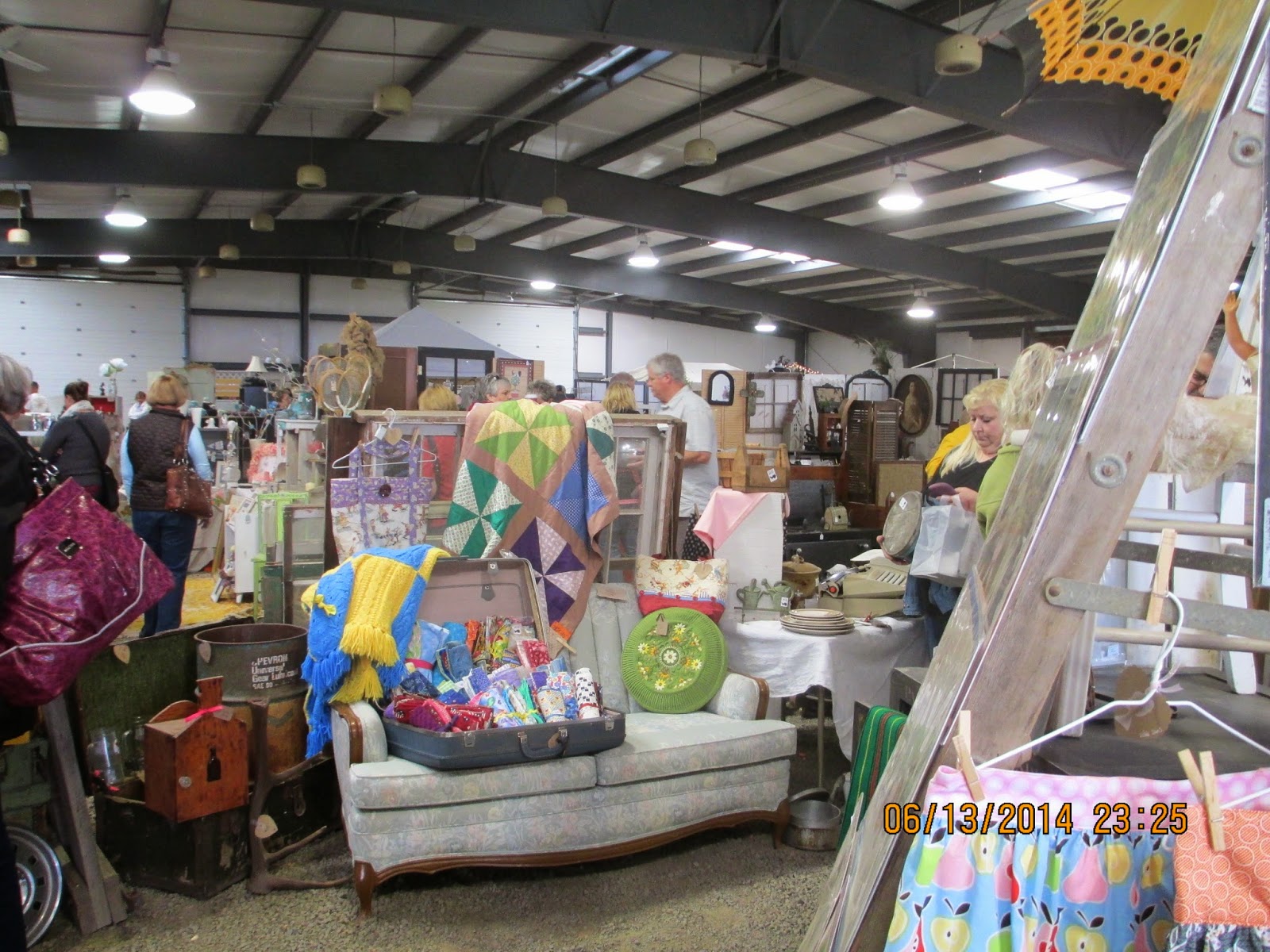 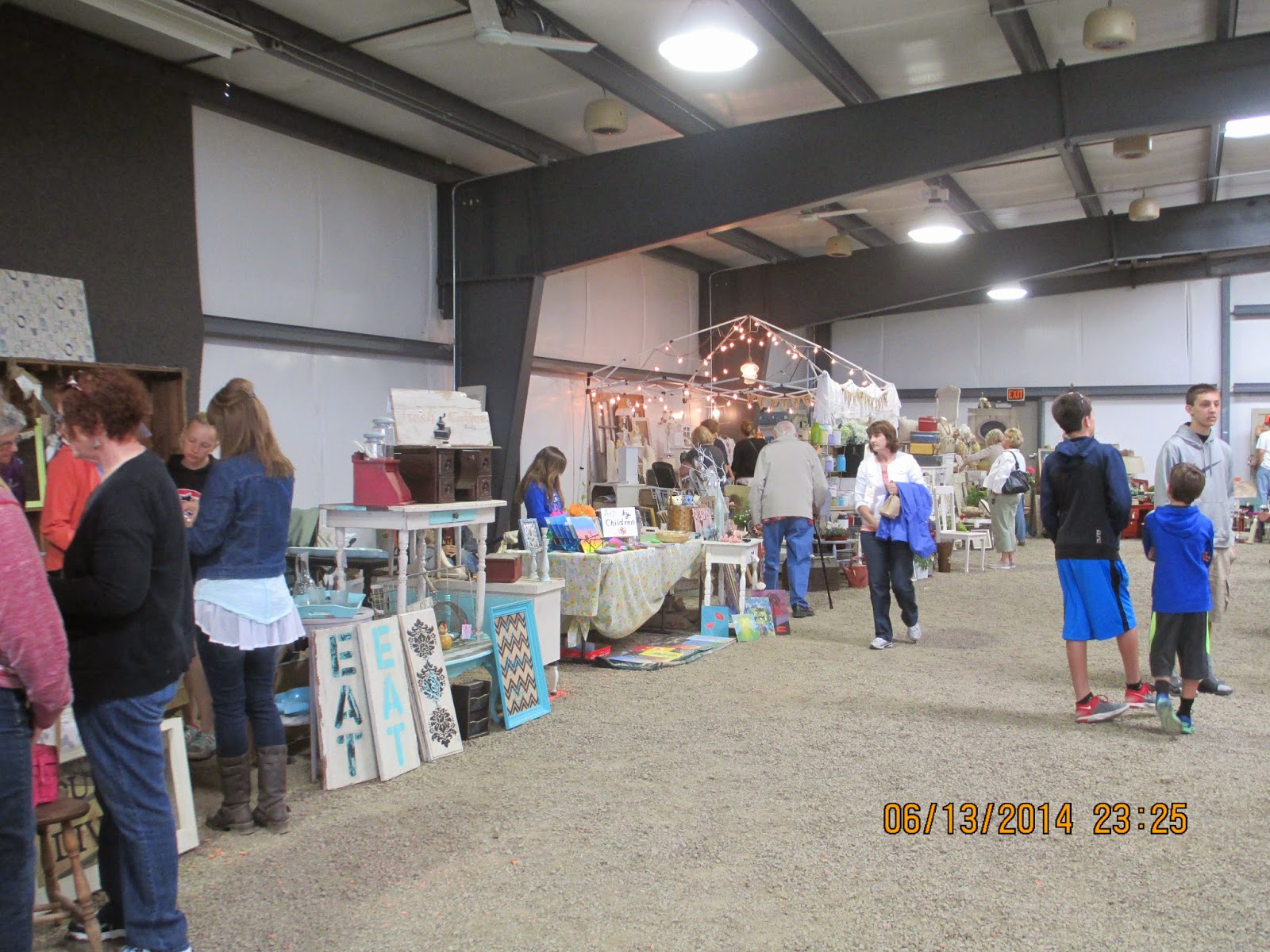 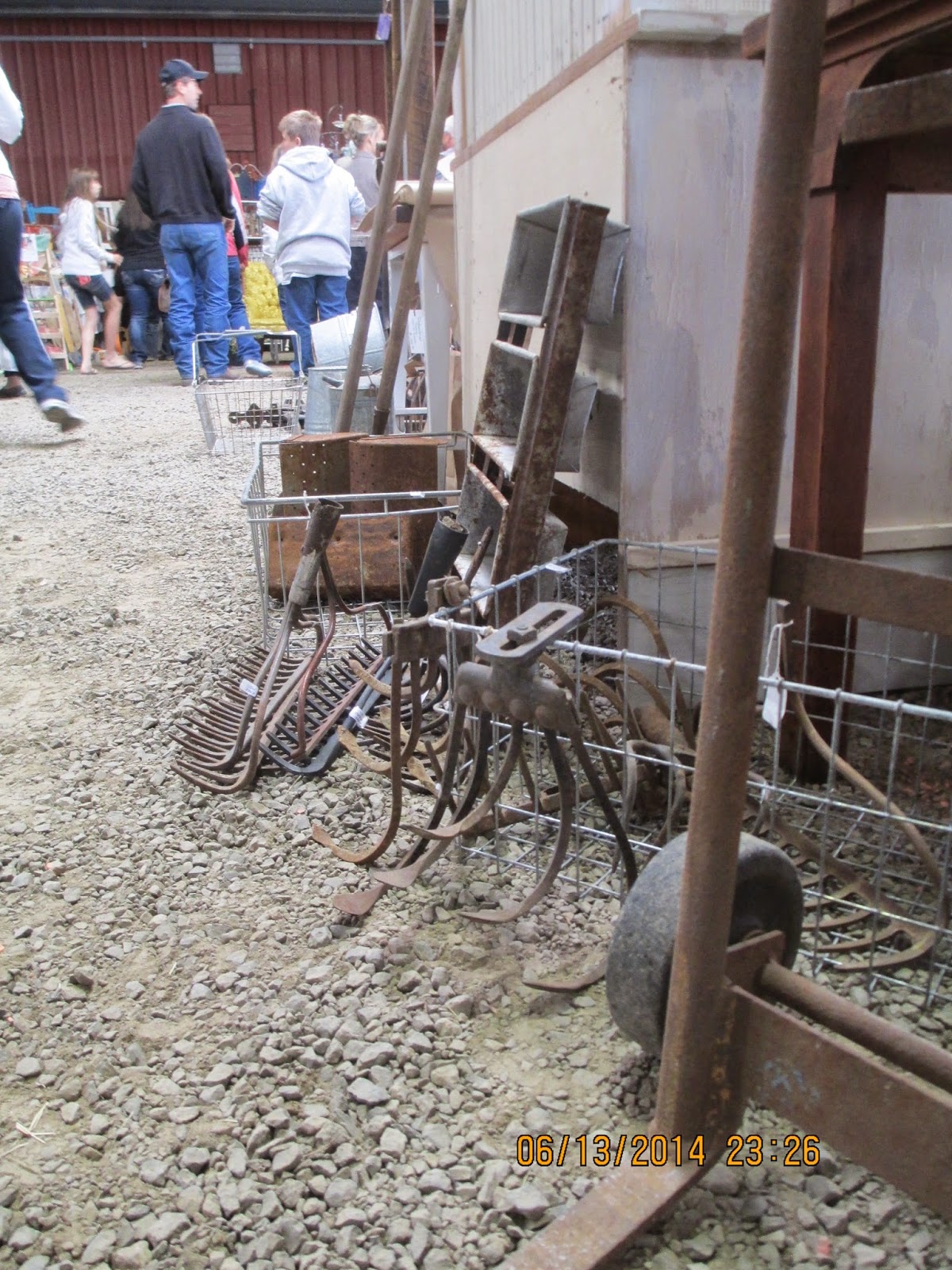 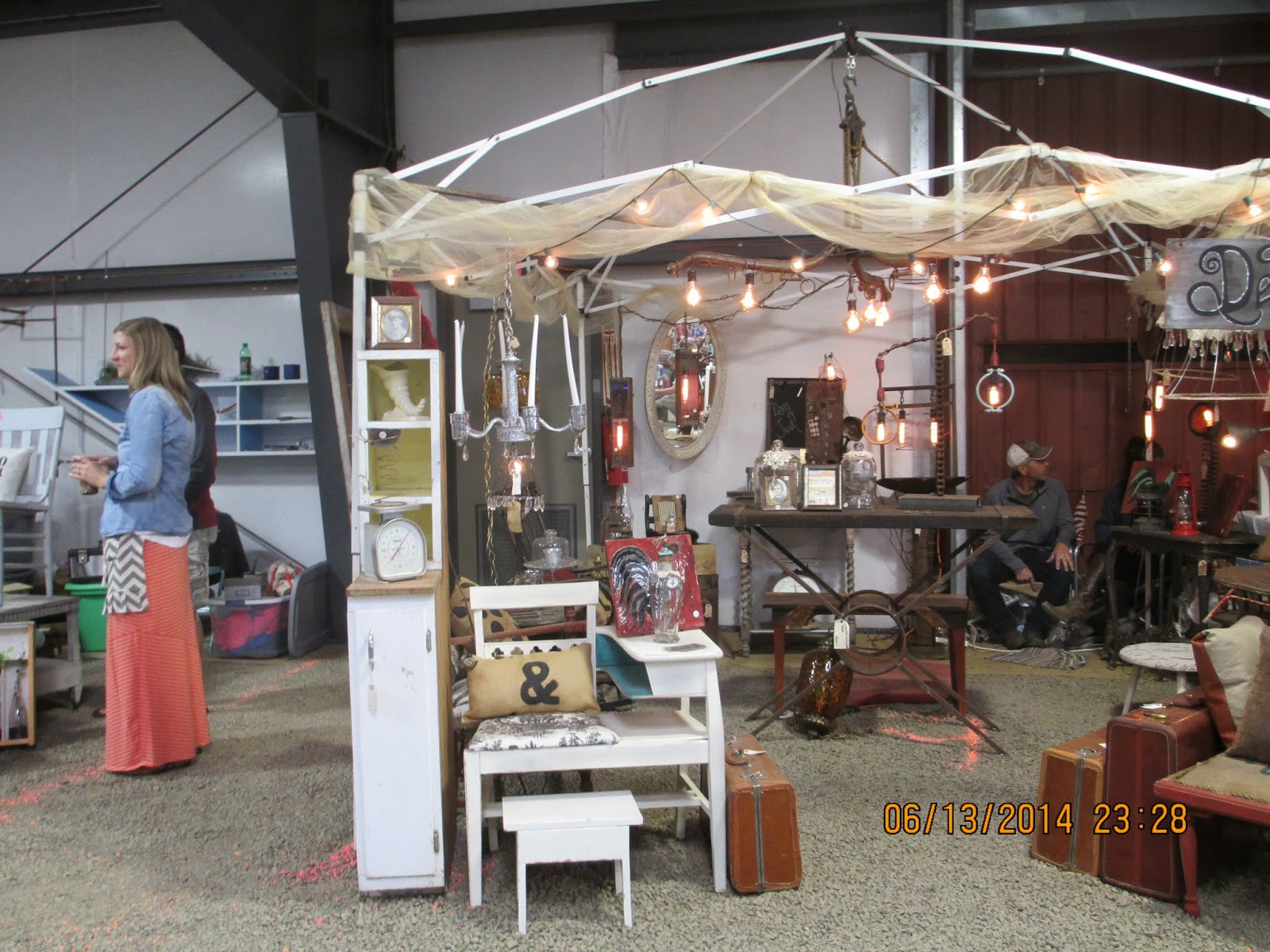 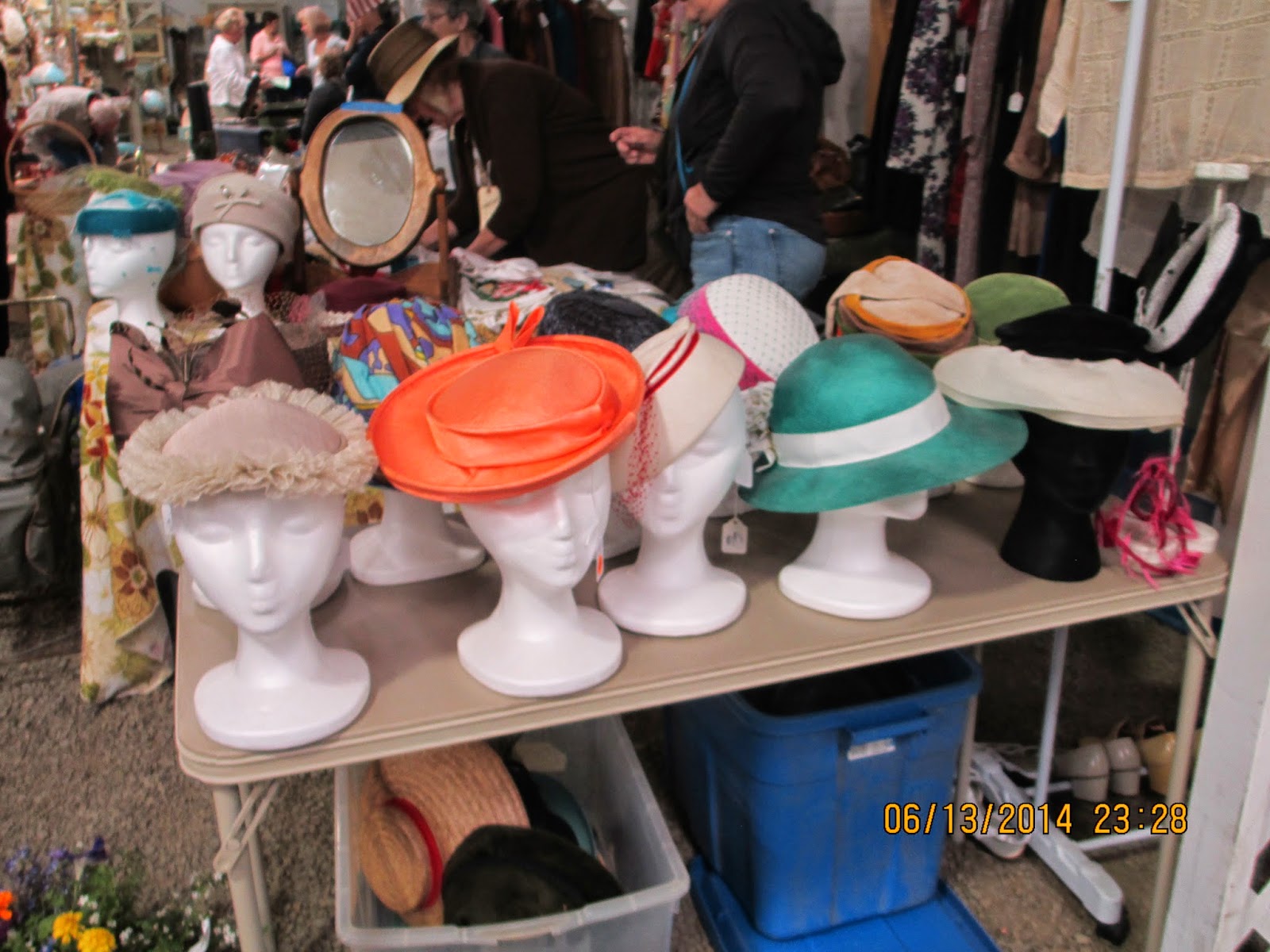 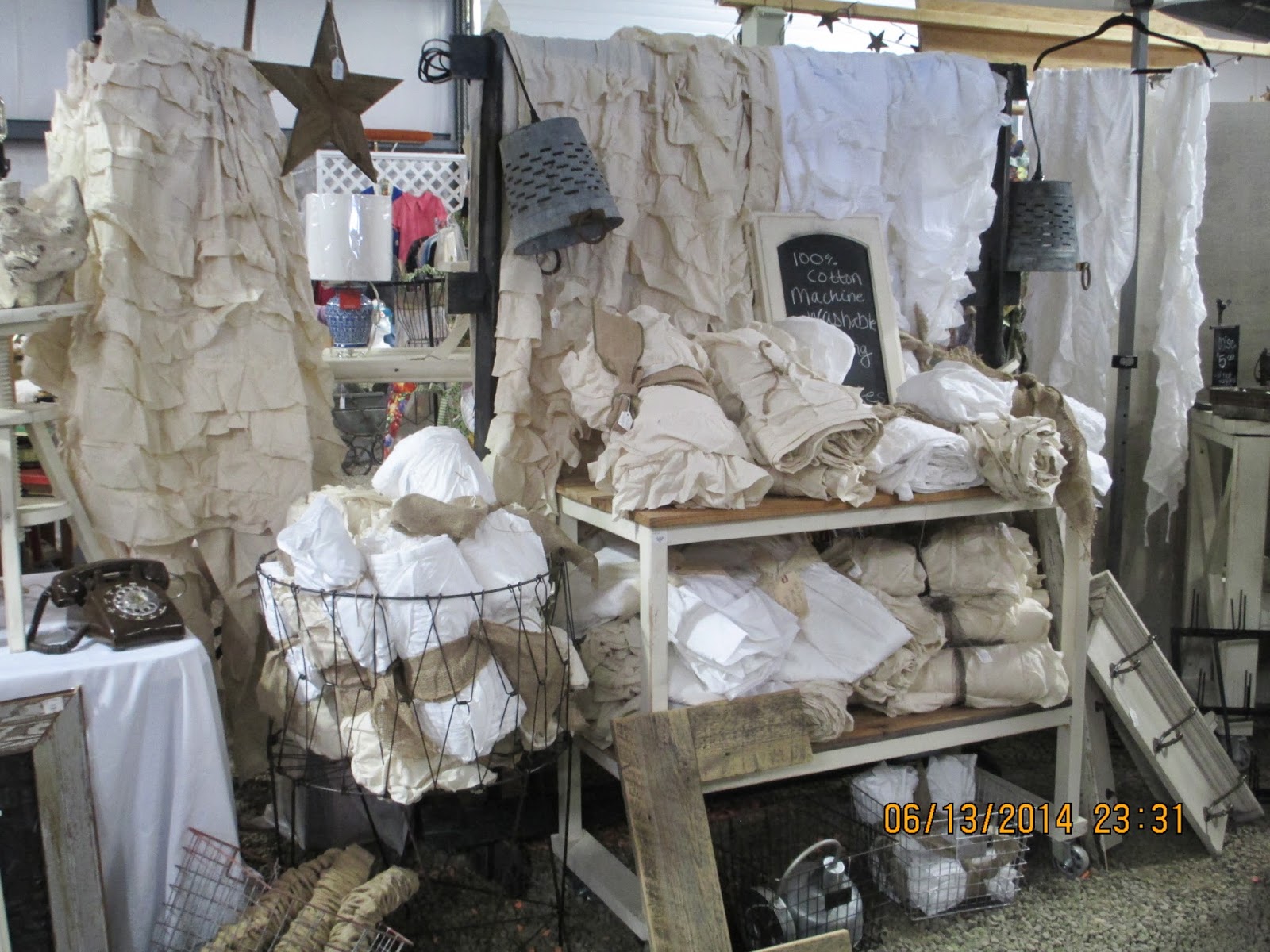 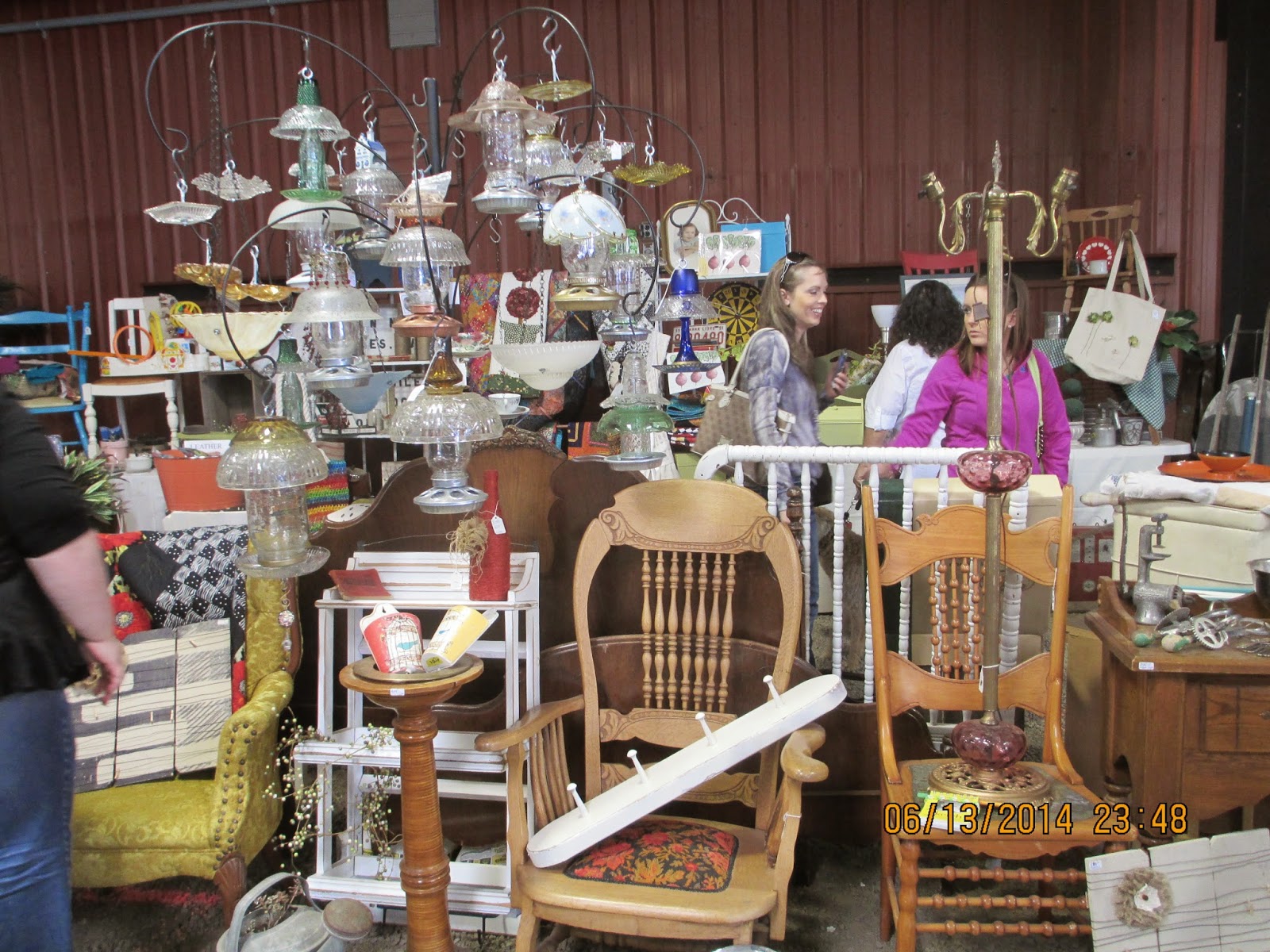 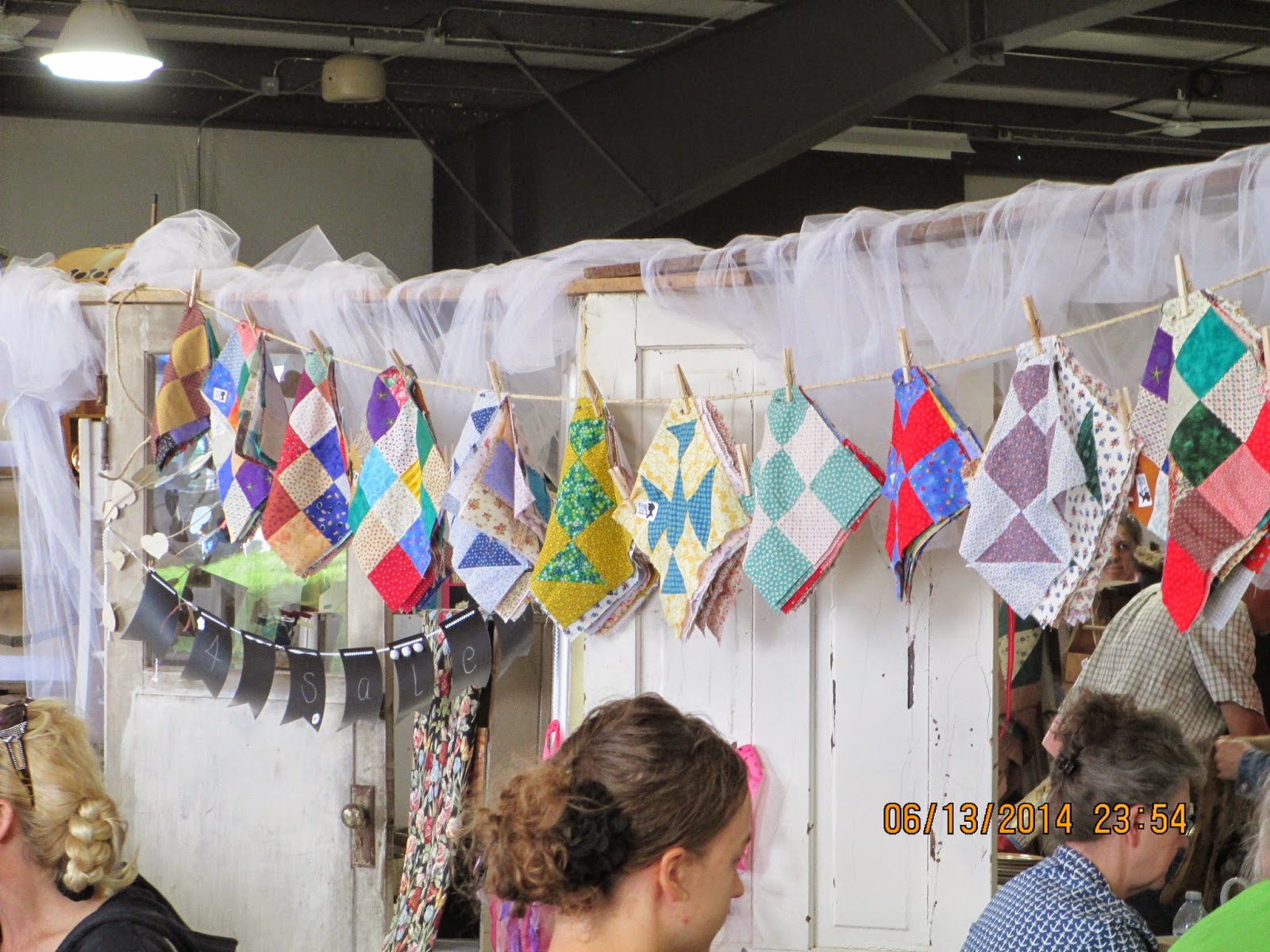 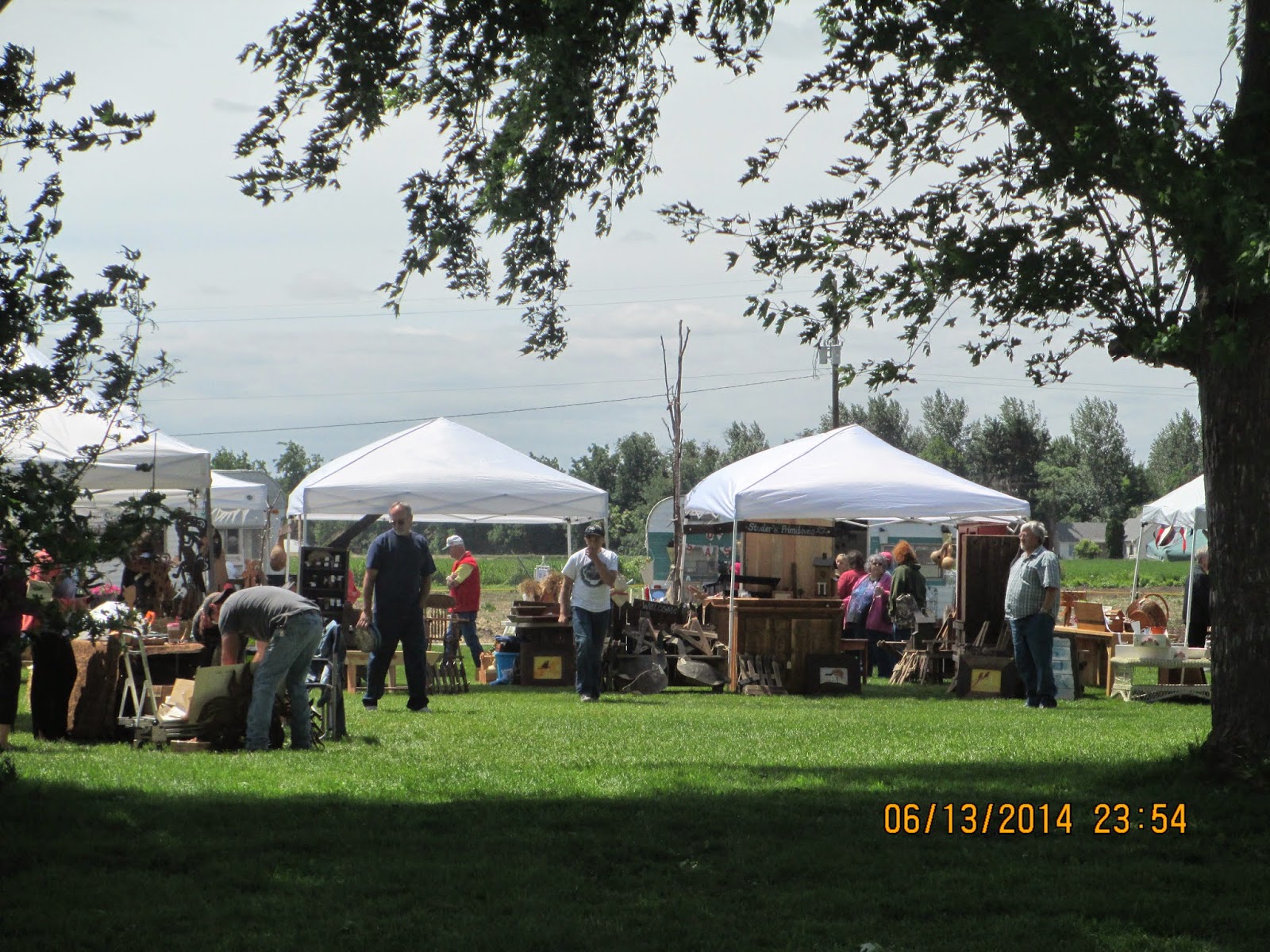 This was the only picture I took outside for some reason.
There were just as many vendors outside,
some with little vintage trailers.
There was live music & food too:)
I came home with a couple little things,
but my favorite is this. 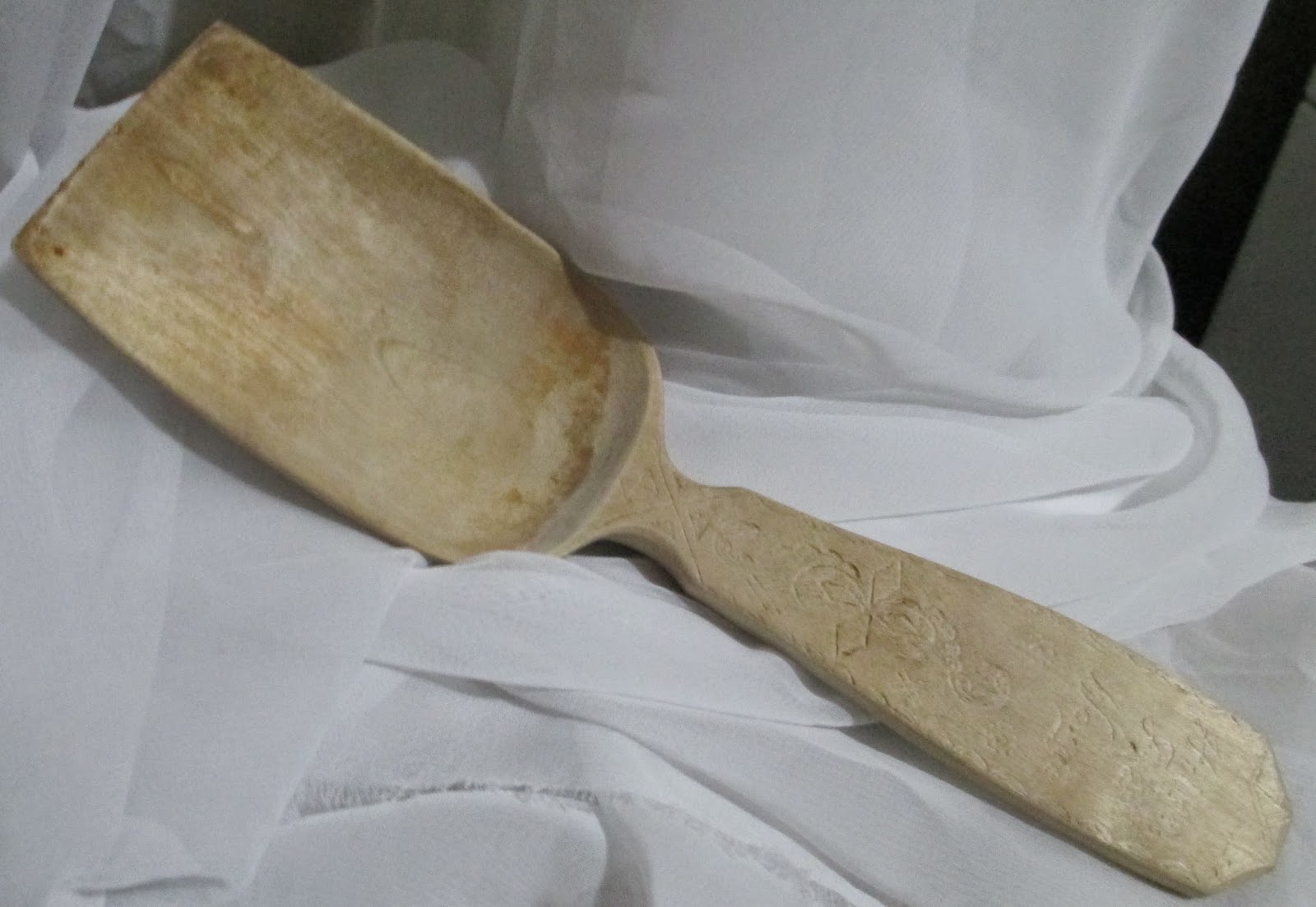 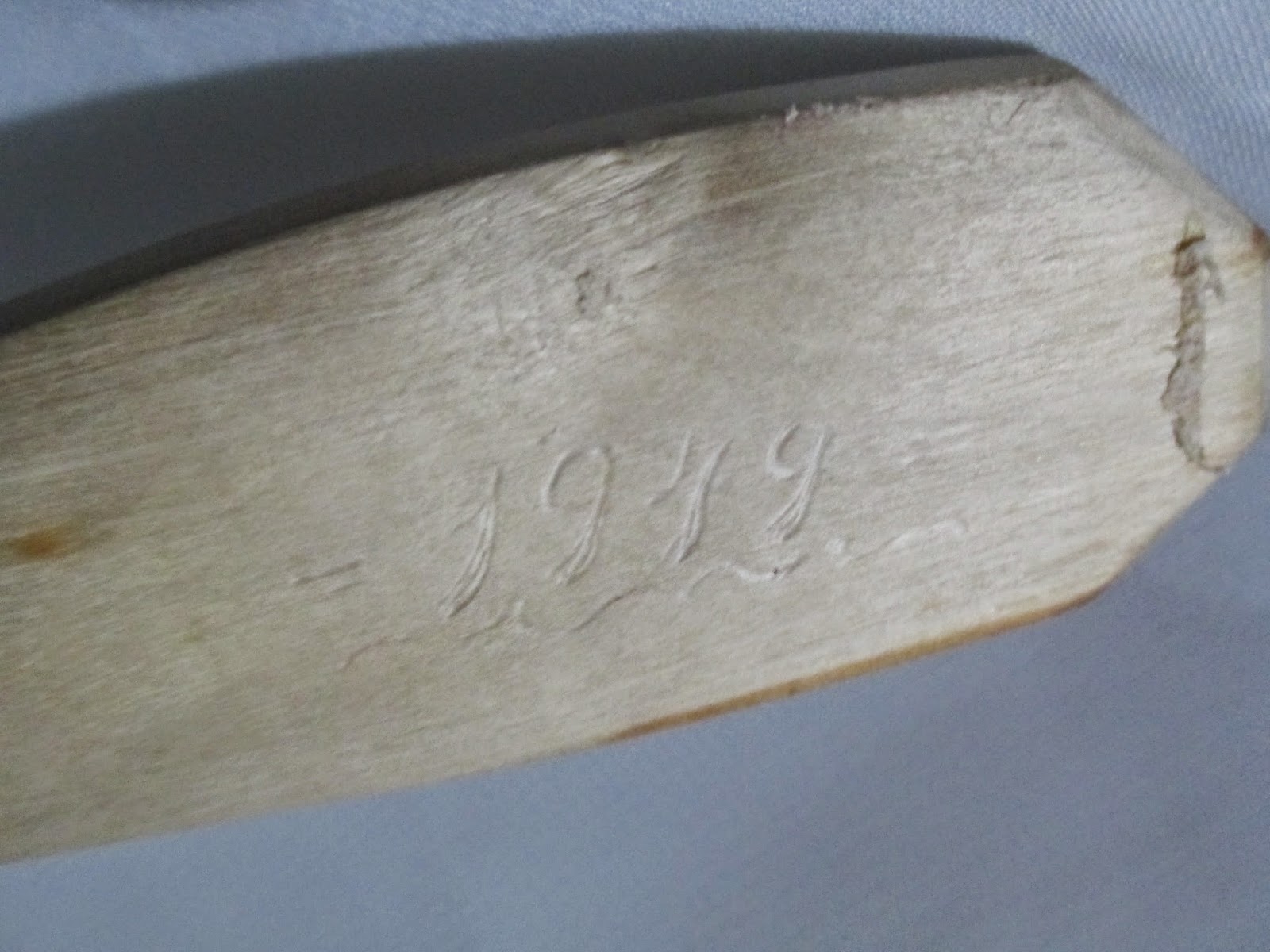 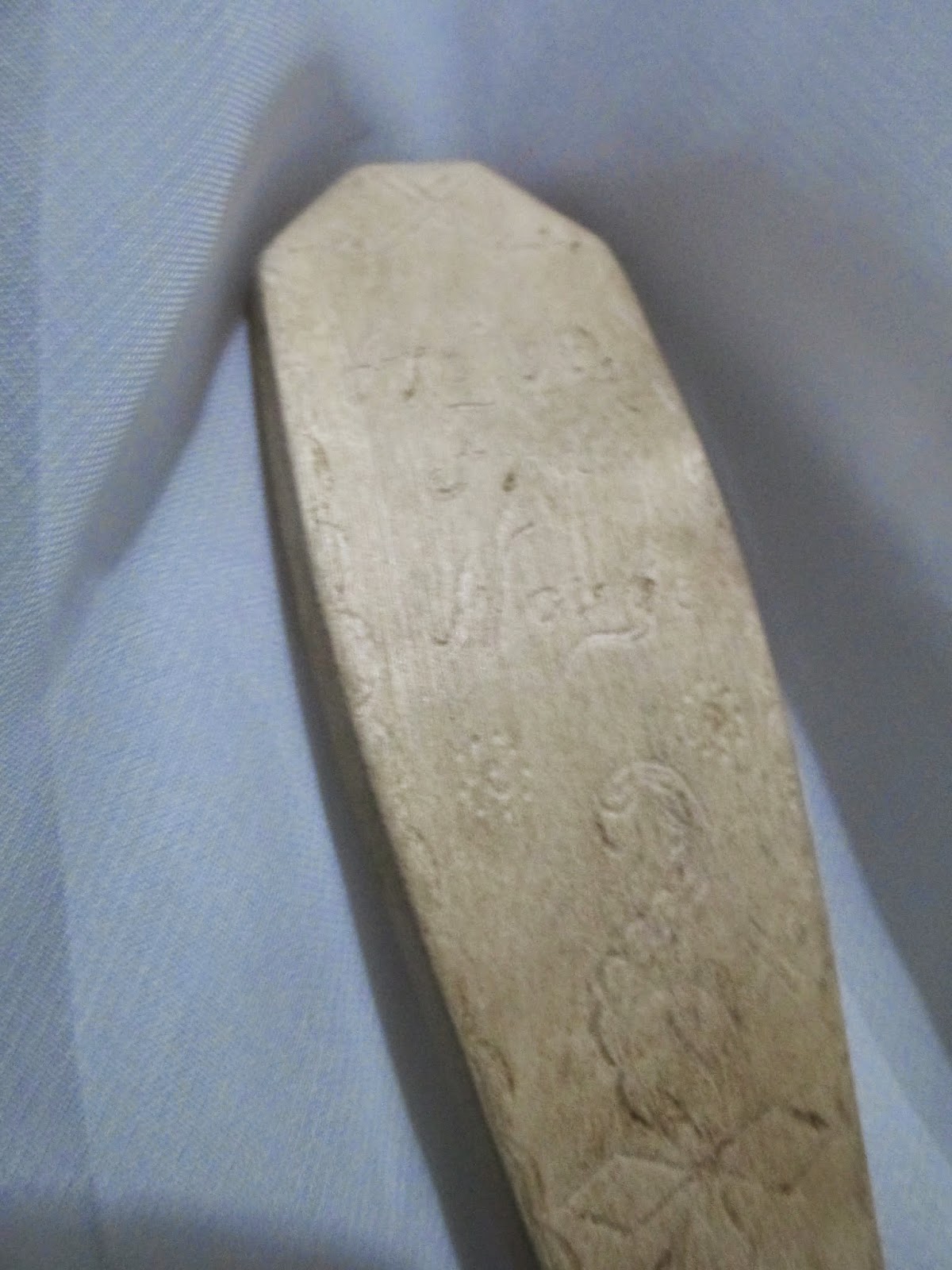 I've used it a couple times already as you can probably tell.
It was evidently made in 1949.
On the front along with a floral motif, it says,
Hilsen Fra Norge.
If anyone can tell me what that means, I'd love to know.
Though it really doesn't matter as I love it's usefulness.

PS sorry for the date info on the top pictures.  I have a 'new to me' camera and didn't realize that it would show up on the pictures.  I got it figured out pretty quickly:)

John Wayne said something to the effect:
Everything out there will sting ya, stab ya, or bite ya.

For that reason,
it has become habit over the years
to pick up a pair of gloves on the way out the door. 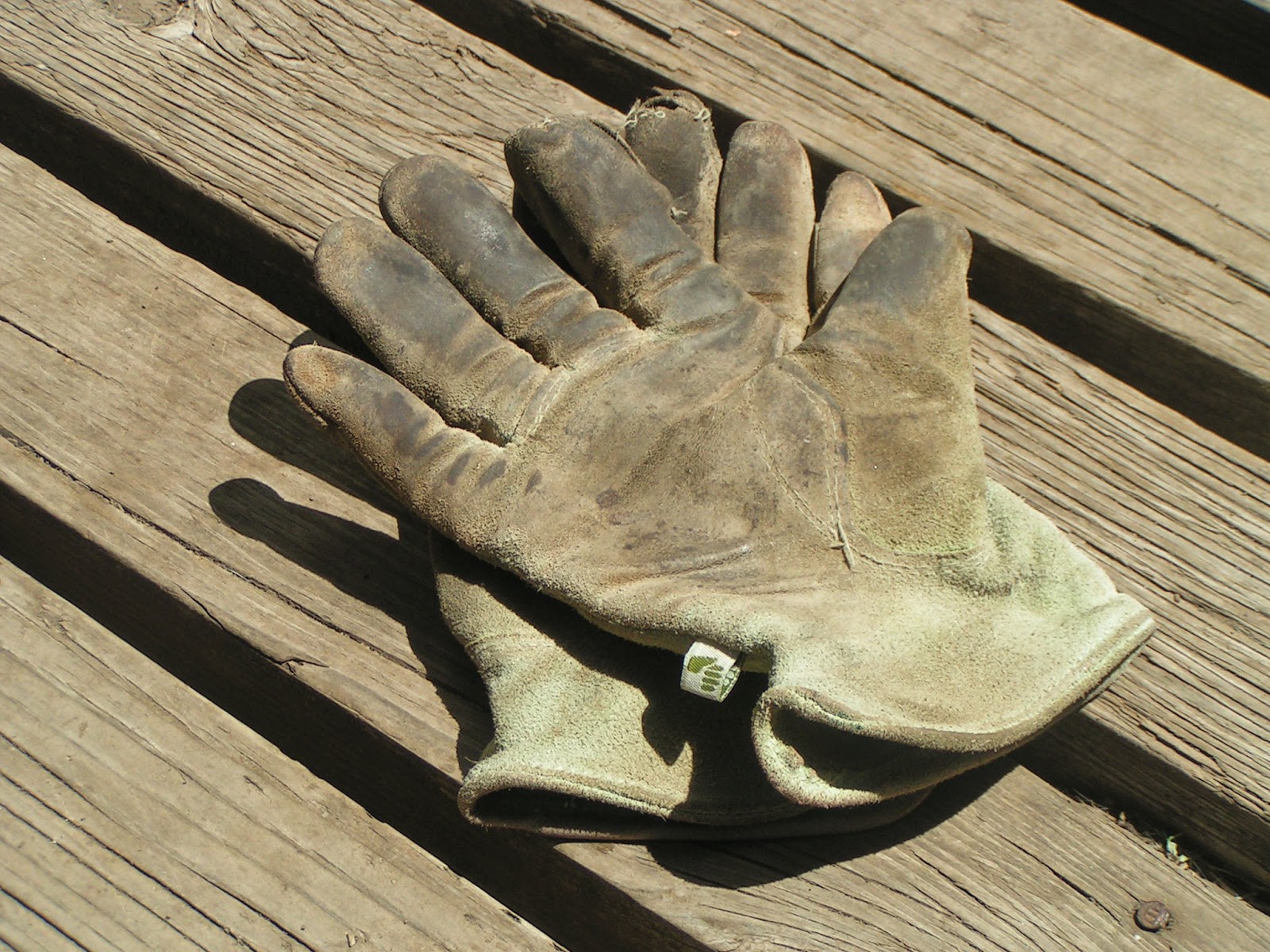 (this is when they were still in good condition)
Here in-lies a little complaint I have.
Women's gloves.
My last pair became quite religious (holy.)
Most stores I went to had only rubber or fabric ladies gloves.
I finally found a pair of leather gloves at one store.
I bought them as they were the only leather ones I found.
However: 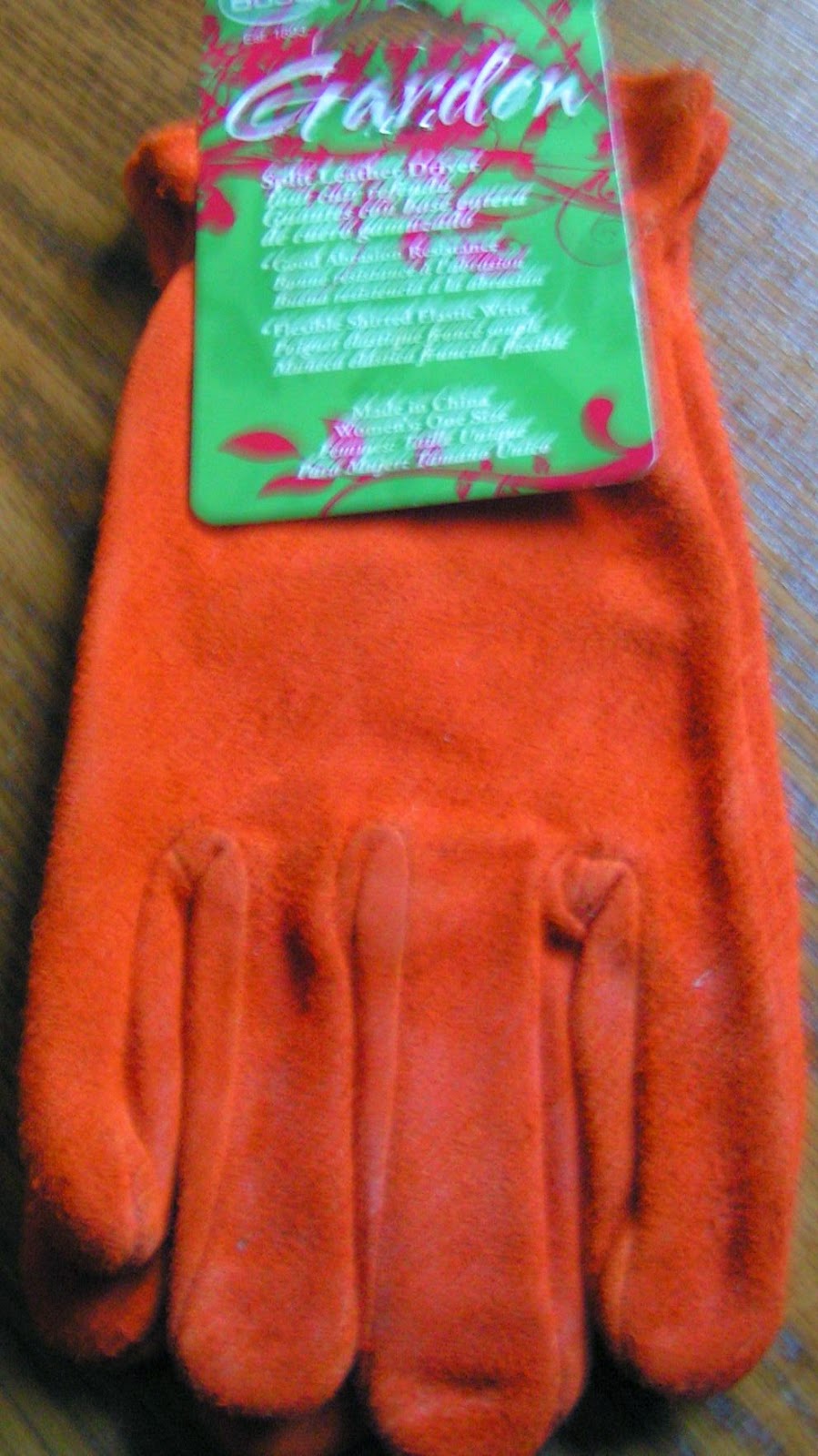 Yes, brilliant orange.
I shouldn't loose them anyways.
Do they think women only pick flowers and protect manicures?
Maybe I should be a little more grateful
and get a manicure, eat some bonbons, and fan myself all day.
Sorry for the sarcasm.

I have worn my new gloves once (for more than a minute)
and my hands were stained orange for the rest of the day.

Men's gloves are normal, no funky colors, just huge.
Blackberries and barbed wire go right through fabric gloves.
I'm thinking there are a few glove designers
who need to learn what work is.

Until next time,
Nimble Fingers and Even Stitches
Posted by Lady Locust at 6:27 AM 8 comments:

We went down and visited my brother
and his family.
They are living on the ranch that
my sister-in-law's great grandparents homesteaded.

There are other such places,
but I am always in awe of the fact that
these buildings have lasted over a hundred years so far. 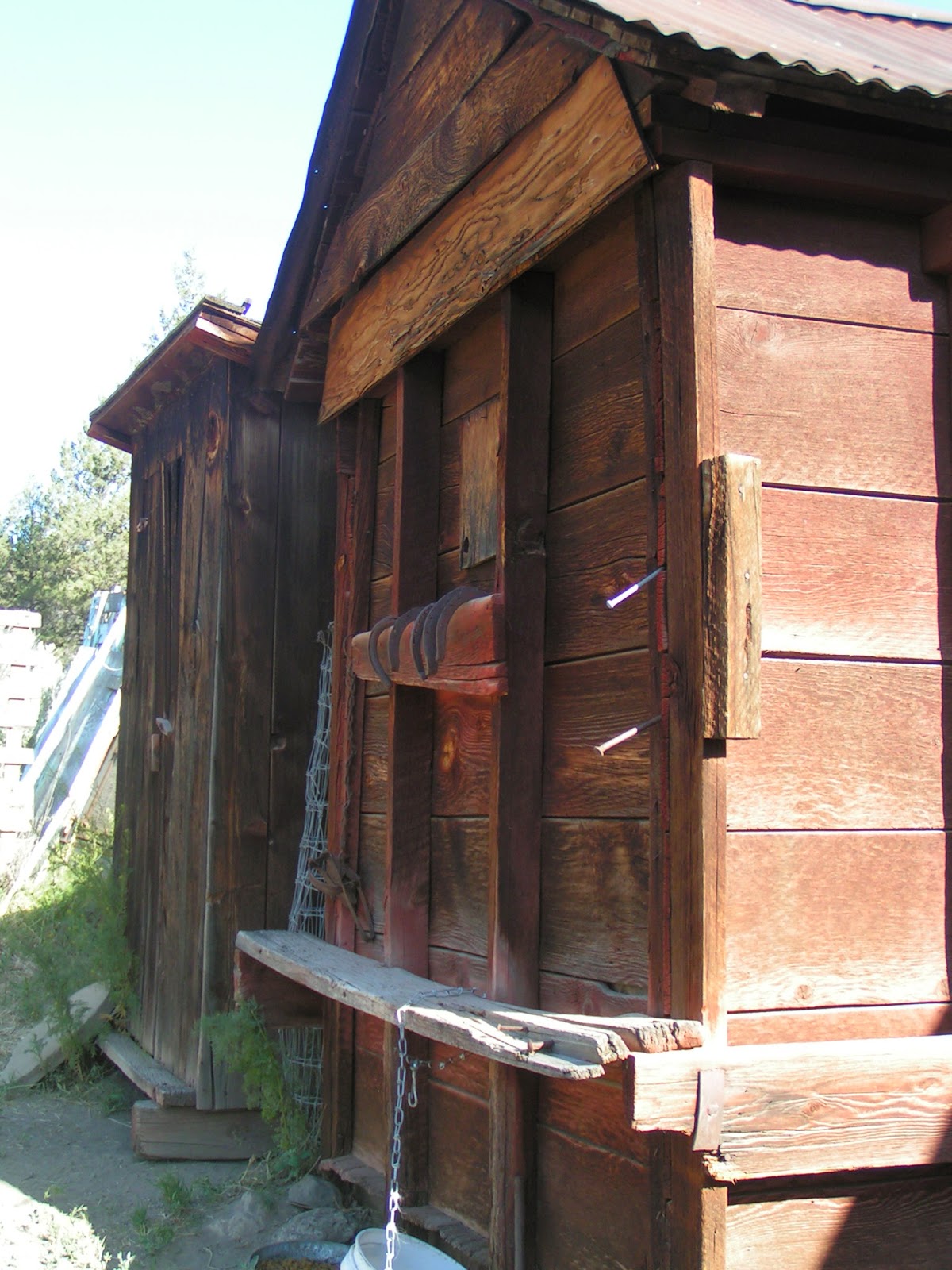 Of course the buildings are easy to notice,
but there are so many other things.
What caught my attention upon heading
back out to a ranch was that
I didn't realize that we have mostly
mechanical latches today.
On the ranch, it's usually some form of wood or wire. 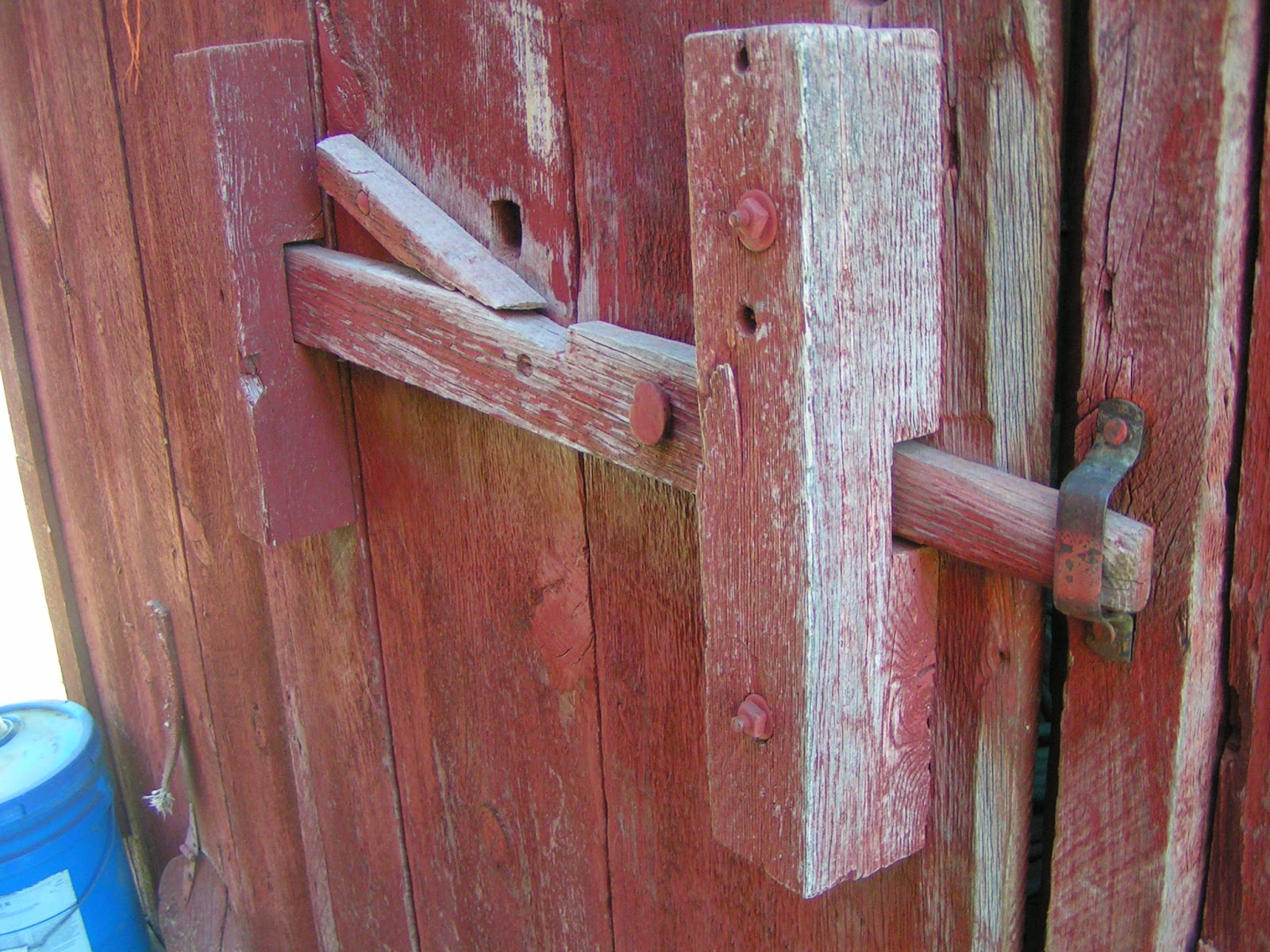 That got me to noticing other signs of a lost era. 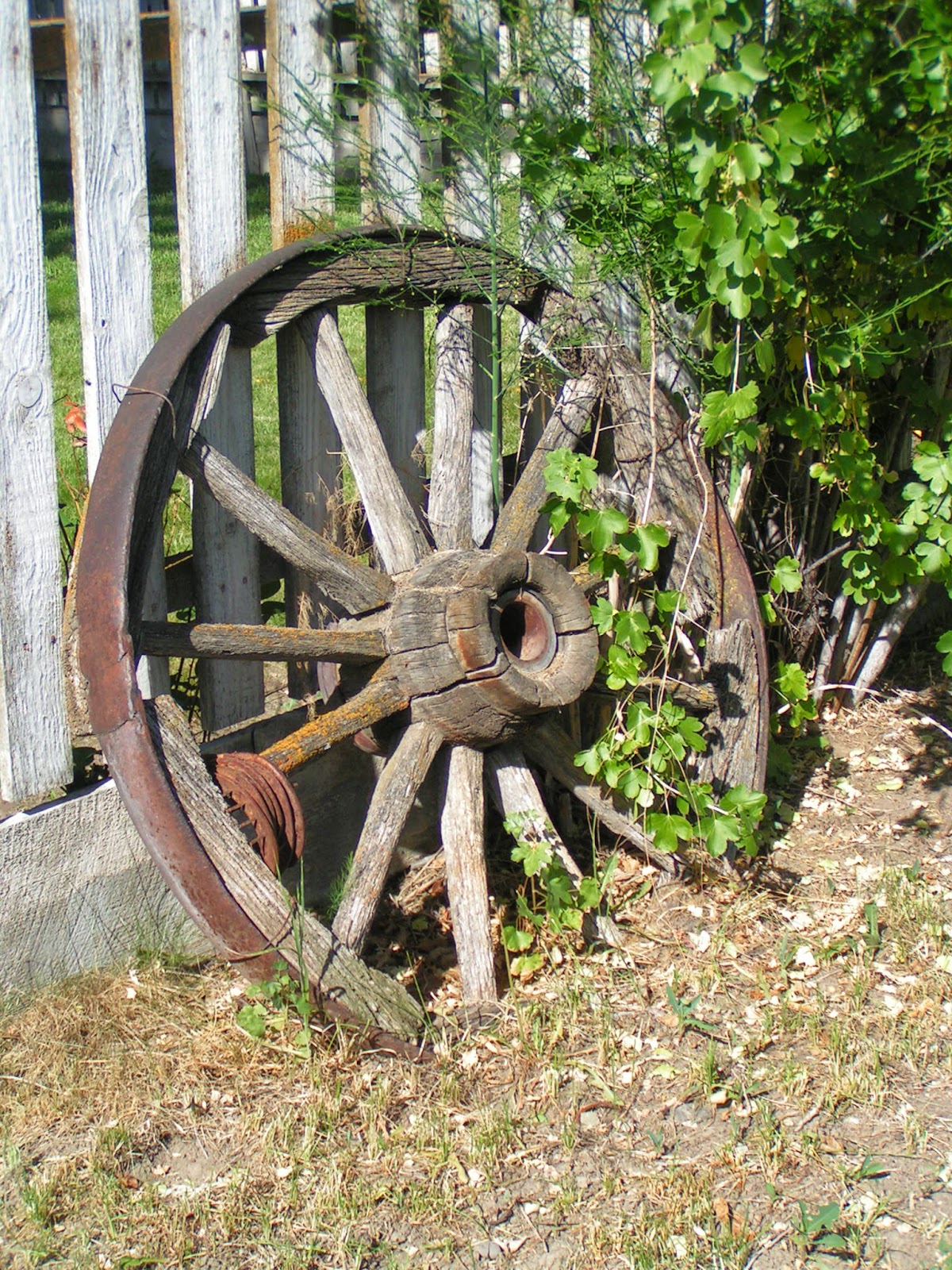 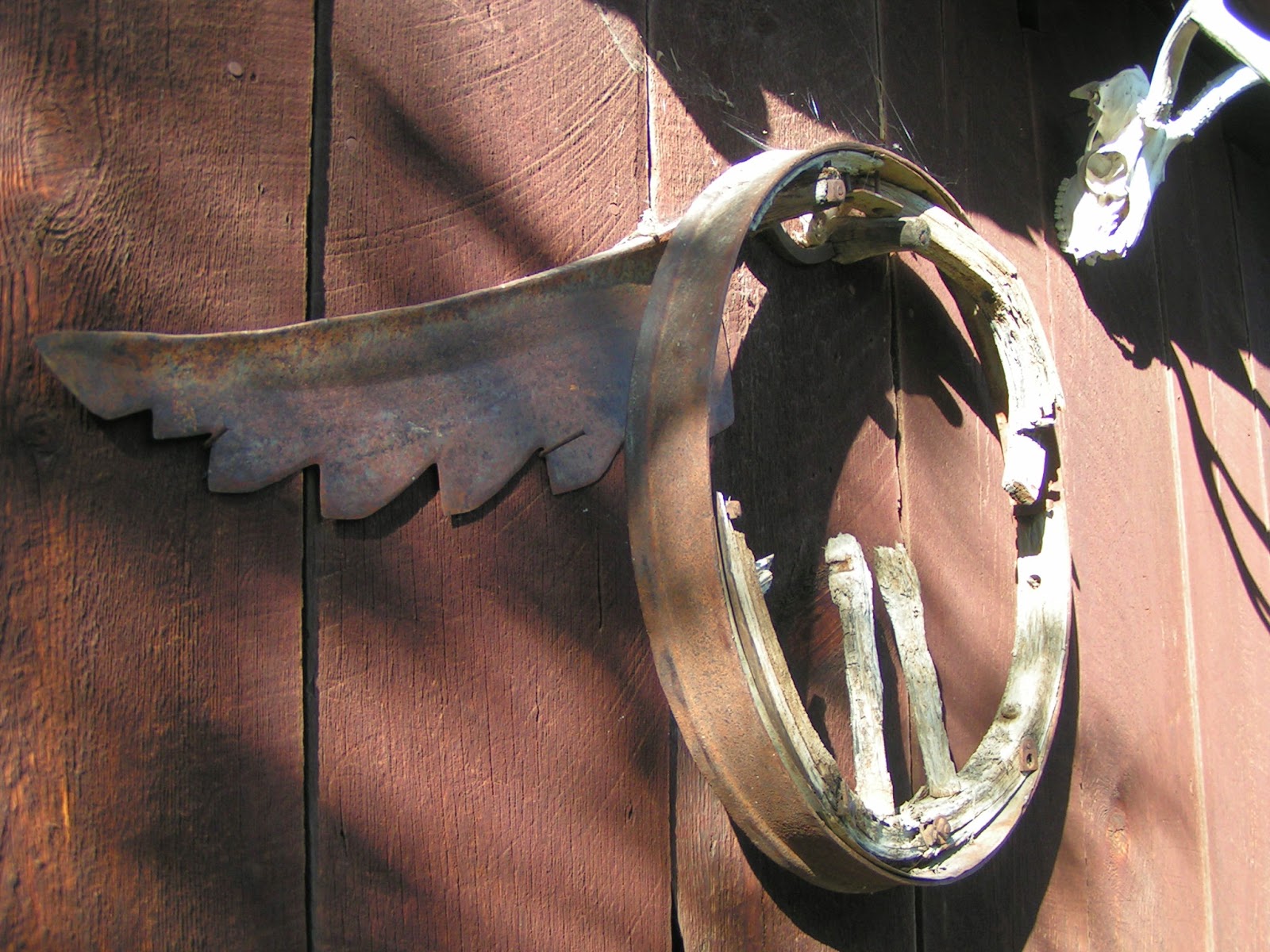 And of course~
the necessary house.
It's fully functional, stocked, and used at times. 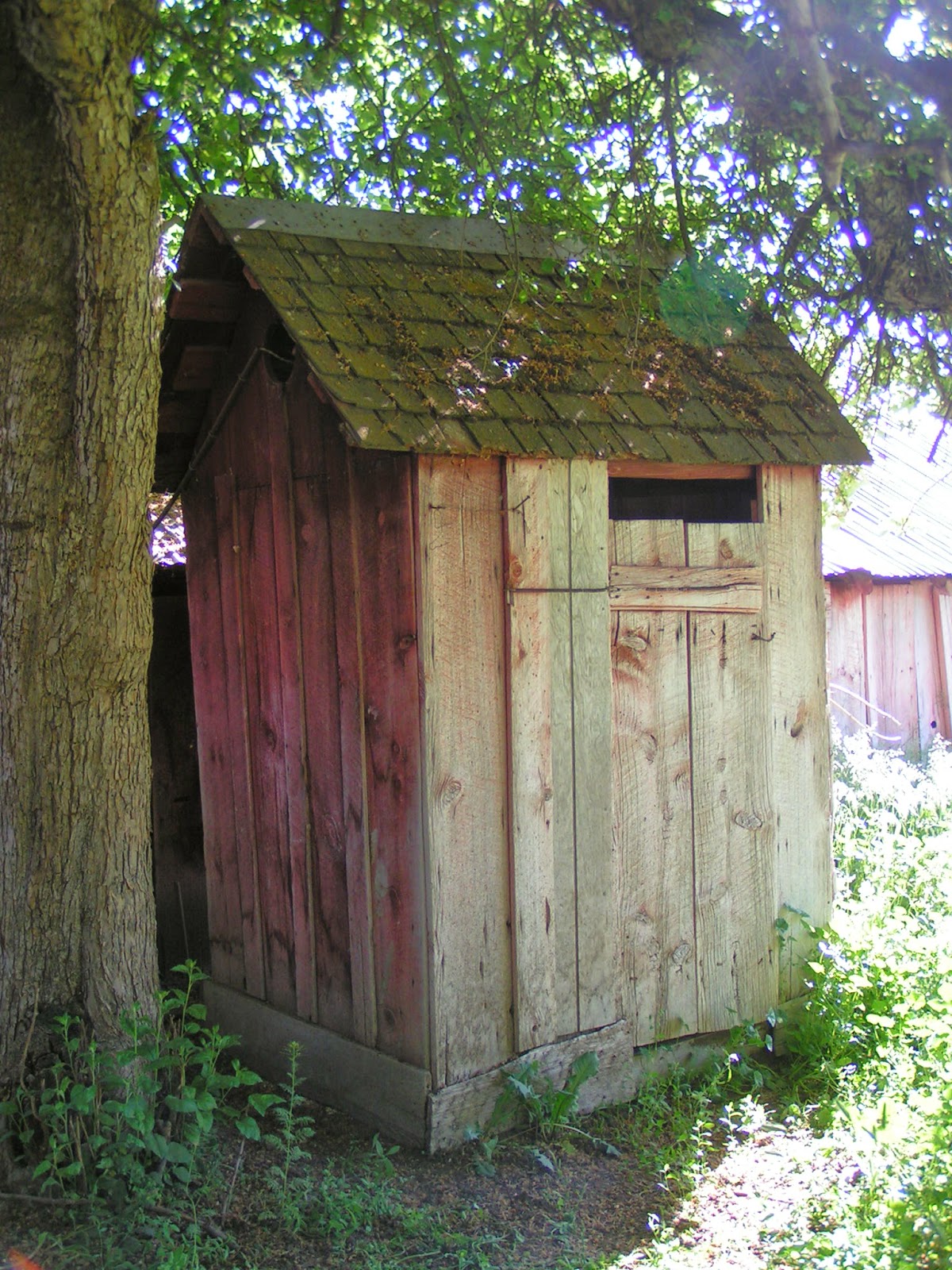 There are signs of progress though. 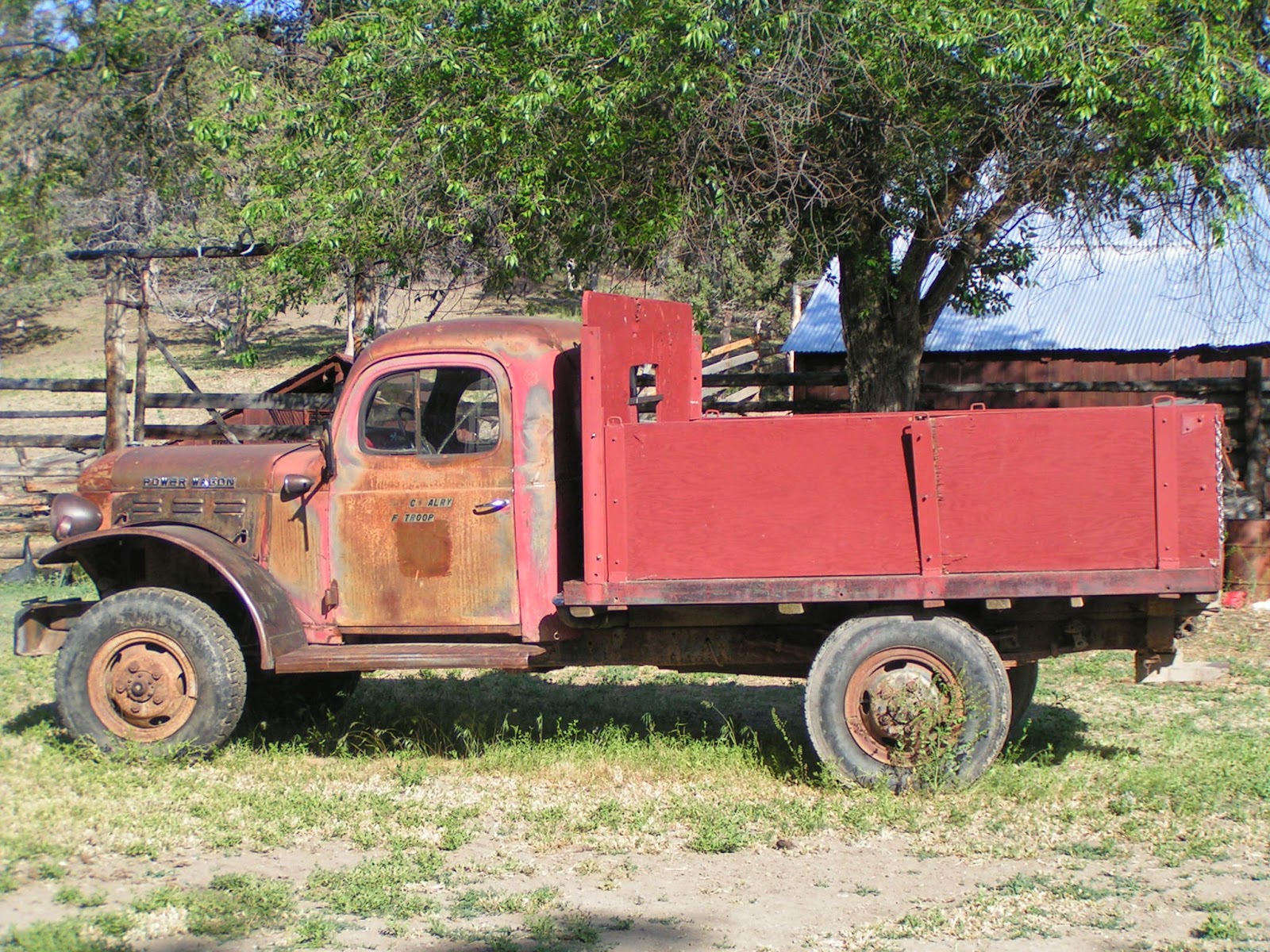 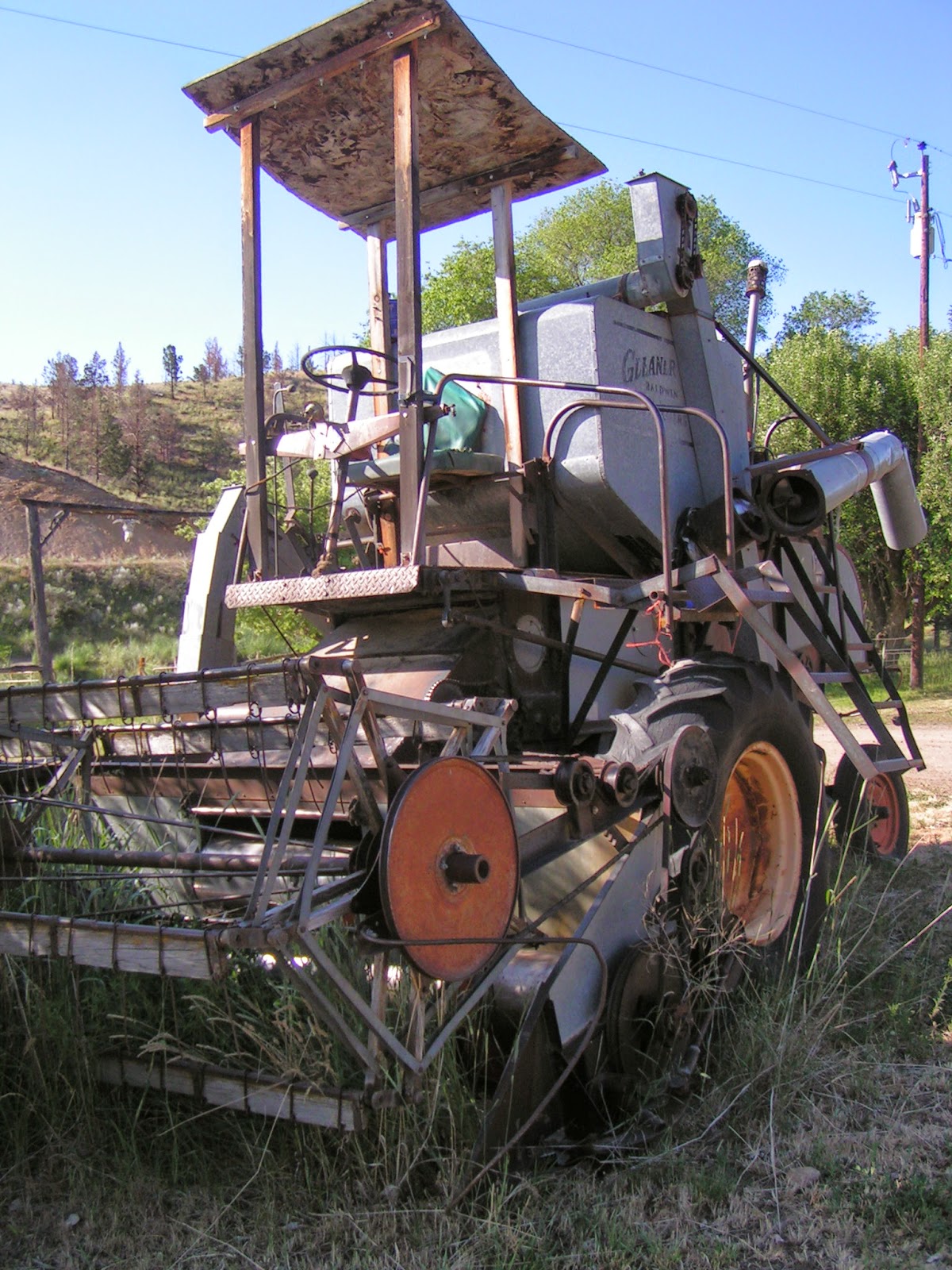 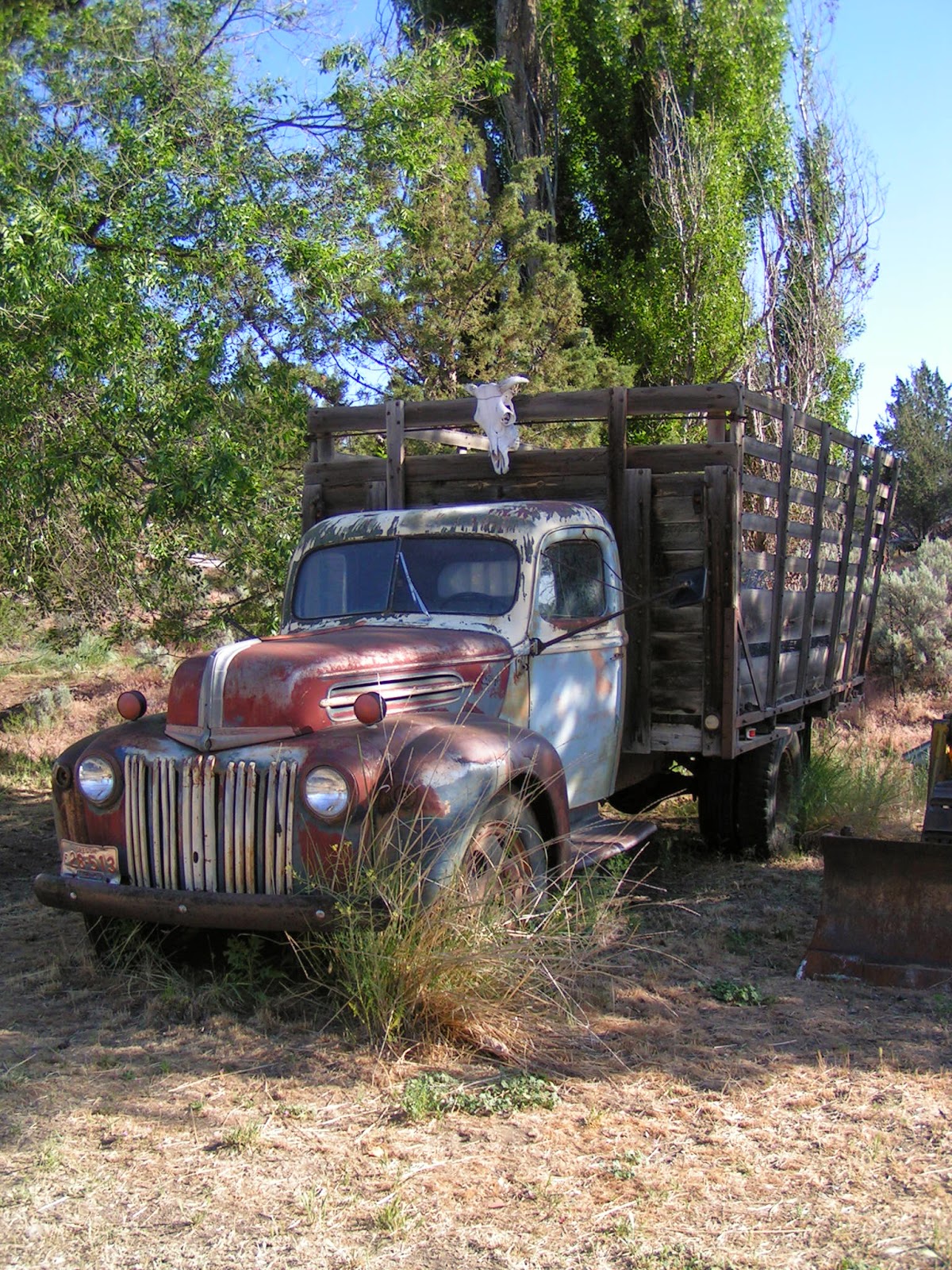 I am still amazed how we can create an oasis
in the middle of the high desert. 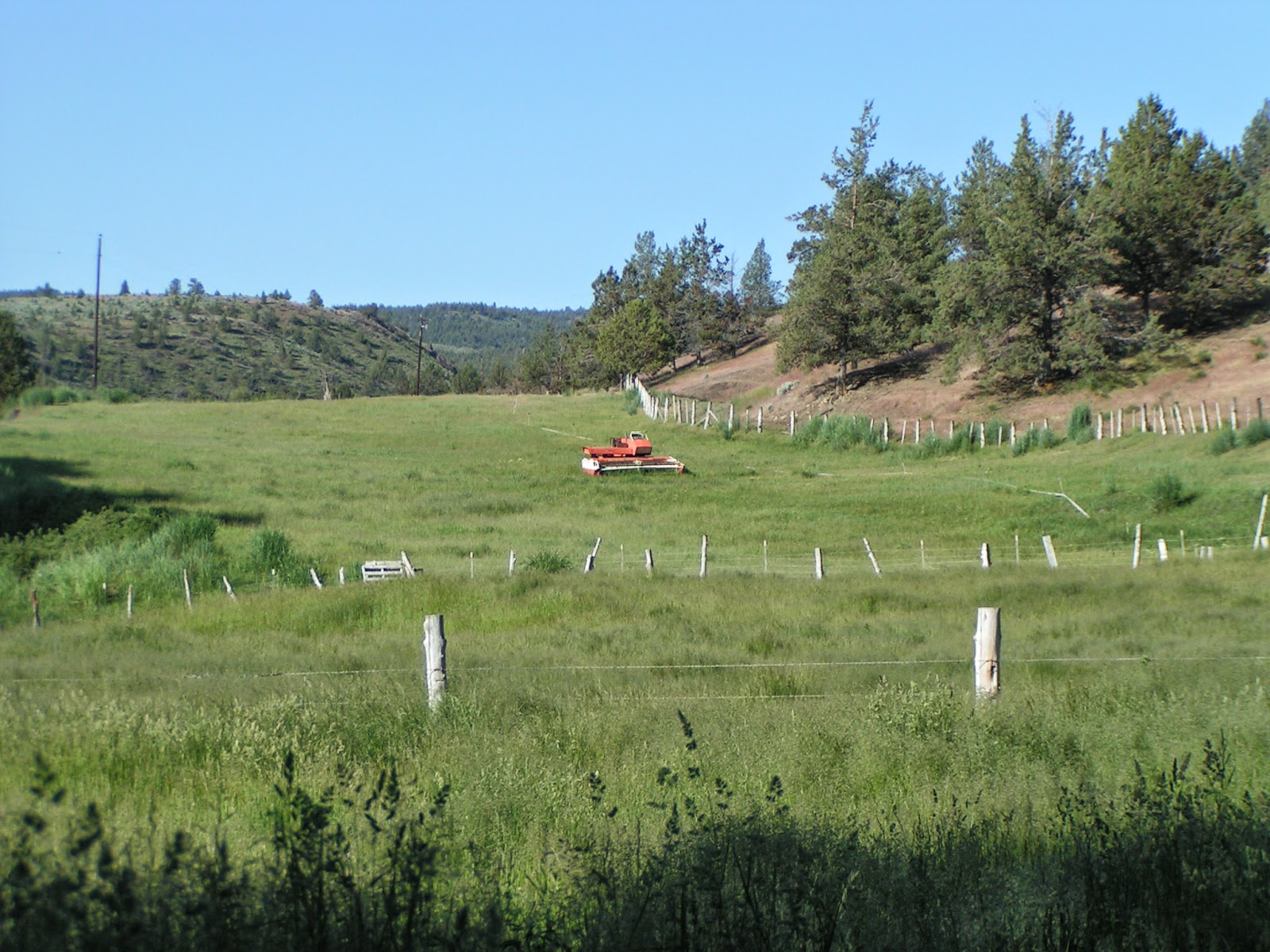 It was a nice visit, beautiful weather, & lots of laughs.
It does make me kinda homesick for the ranch though.

Until next time,
Nimble Fingers and Even Stitches
Posted by Lady Locust at 7:07 AM 8 comments: