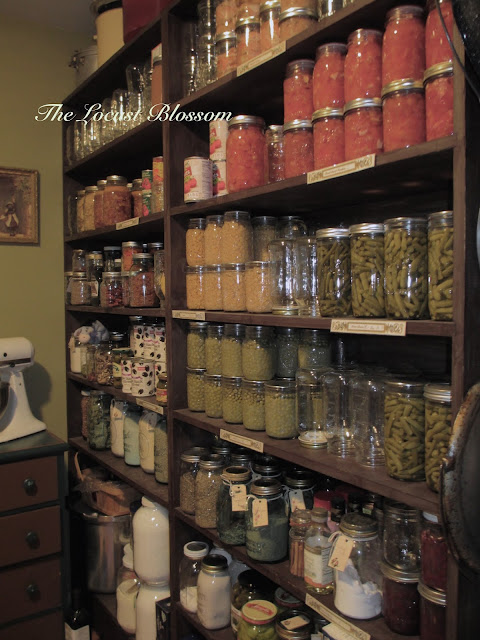 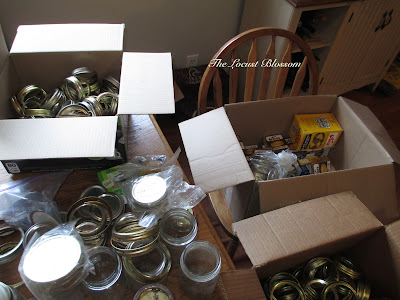 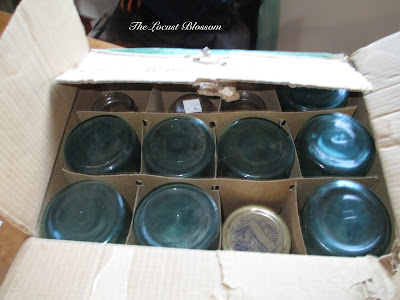 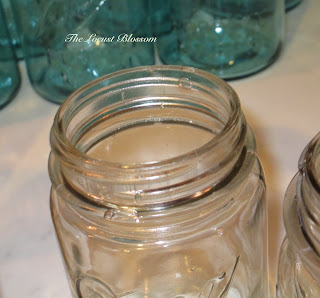 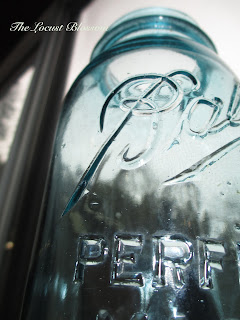 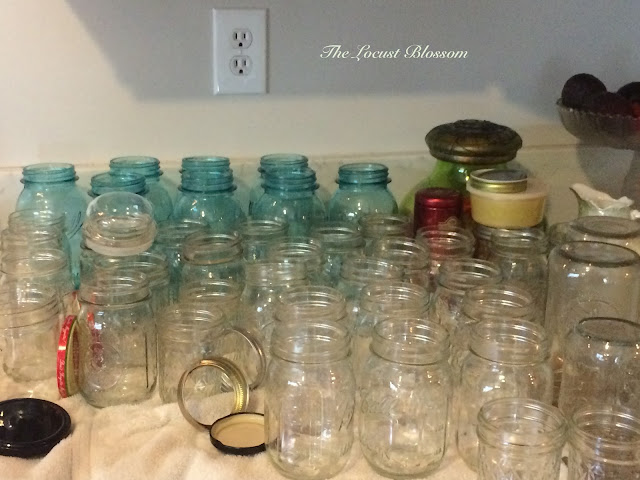 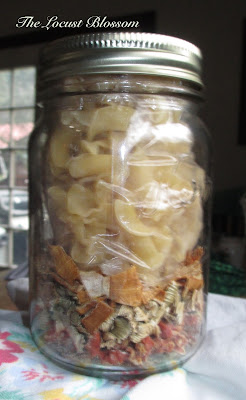 Back before Christmas,
I shared this post and told how I was planning to basically
go on a spending fast.
I made it through January and was doing well in February
until that last week.
I'd bought no magazines nor coffees.
I have taken my lunch to work everyday this year.
No new clothes or diamond jewelry - just seeing if you were paying attention.
So what was my demise? 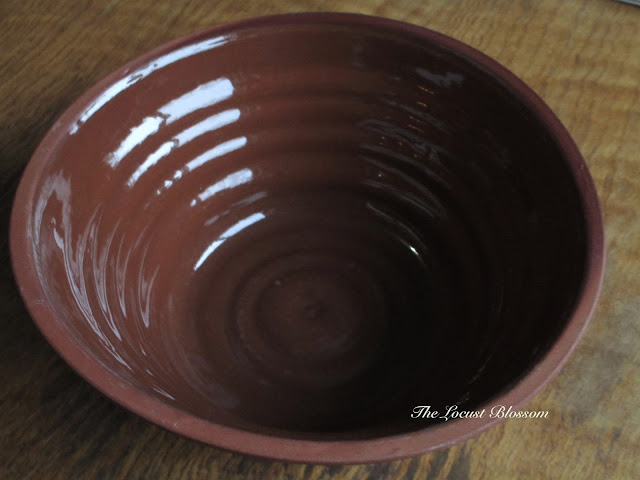 It was a bowl.
Yep, a bowl.
Sounds too simple doesn't it?
Not just any bowl, but a terra-cotta bowl.
I have a bit of an affinity for terra-cotta cookware.
It can go in the fridge/freezer or the oven safely.
When using the roasters, food stays moist and cooks evenly. 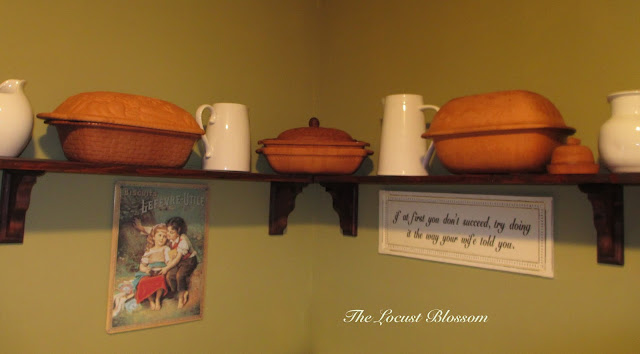 If you must know, my actual thought when I saw it was~
"Yes! I can set it in the oven to heat, and it can keep mashed potatoes warm."
Evidently with me, it's all about the spuds.
I did struggle even in the shop where I found it, knowing that purchasing it would mean breaking my promise to myself.
This being the first terra-cotta bowl I've ever see in a thrift shop, I got it. 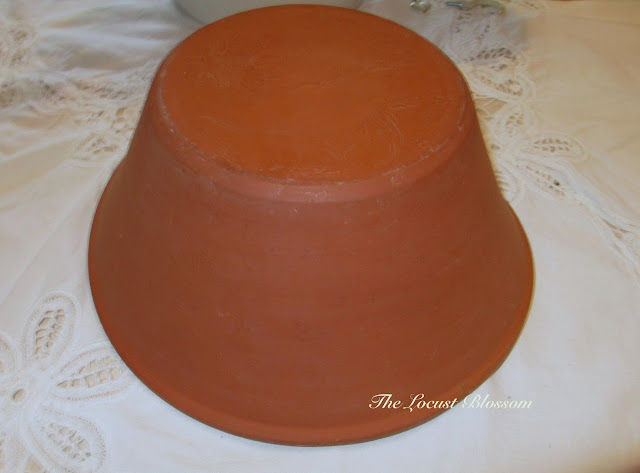 So how much did it cost?
It was $3.00.
Now, you might be laughing at me and thinking,
"All of this over a three dollar bowl?  You're nuts!"
You can think I'm nuts if you like,
but I will explain what this $3 bowl really cost in my mind.
You see, Mr. LB and I have some financial "goals," (as well as other goals)
a magic number to hit at which point we feel we can retire and be okay.
By retire, I don't mean quit working, but quit the 8-5 with an hour drive on each end of the day, five days per week.
We are working towards that goal.
There is a sorta financial cliche that says,
"$10 in an interest baring account in 10 years will be $1000."
Yes, I am completely aware of all the variables and conditions that can make this statement false.
But it is a really easy thing to stick in my little ol' brain as a guideline.
With that, I felt like I was robbing my future self of $300
by purchasing this bowl.
Does it make a little more sense why I was struggling now?
I am cognizant that this is how all those little things add up over time
and impact us in the long run.
I've made peace with my decision though.
How on earth did I do that after what I just said?
Well, just after I got the bowl washed, hadn't even used it yet,
I set it on the table rather than in the cupboard with the other bowls.
I am careful with it.
I look at it and appreciate it as a $300 bowl.
In my eyes it's beautiful (will be more so full of spuds!)
Maybe that sounds like a lame excuse to some folks,
but there are so many people who struggle with debt and trying to save.
Perhaps if they thought of it in the 10 year way, they too would struggle with small purchases, be it a cup of coffee and a muffin or a news-stand magazine.
Do they really appreciate those things?
No denying, I am still a little disappointed in myself.
I'm on another decluttering run (more on that later,) and this was something
coming into the house rather than going out.
So now I'm back to no spending.
I'll see if I can make it through March and go from there.
In the mean time, we'll continue to inch towards our goal and continue trying
because that's how we learn ~ right? ~ by practicing.
Does anybody get it right 100% of the time?
I suppose it's a mark of my humanism, humaninatiy, humanness???
I'll just try to behave.
I just wanted you to know since reading declarations online such as~
"I'M SPENDING NO MONEY!"
then you hear nothing as far as follow up, can make you wonder.
I suppose I can look at it like I failed, but guess what.
We have saved money over the past couple months.
If we look at it in perspective, even with that one failure,
the success is great and far out-weighs the failure portion.
So I'm choosing to focus on that.
If you are trying to save, maybe focus on what you've done right
rather than what you've failed to do.
By honing in on what we are doing right,
we can do it more and more often,
in return become more and more successful.

So far, one week into March, we're doing it.
I guess you could say practice is going well.