A couple posts back, I shared a bit about our area fires and evacuations.
One thing that is aggravating is that no motorized vehicles
are allowed in areas deemed as "wilderness areas"
not even in emergency situations. 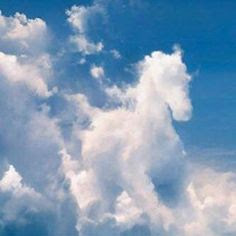 Due to the size and volume of some of these fires,
there is too much smoke to attack by air and
they would be endangering the lives of firefighters to put them on it
without water truck back-up.
(The carbon footprint of our government)

Amongst the horror and sadness, God is still at work.
This account was told to us last week by a family friend
who grew up in the deserts of SE Oregon.
If you are unfamiliar with the area,
it is high desert with a lot of sage brush and juniper trees in areas.
Two years ago, there was a fire from the Oregon side
that moved east toward the Idaho boarder.
Hundreds of thousands of acres burned
as well as livestock, wildlife, and feed.
The scene was morbid since there was an incredible number
of animals (both domestic and wild) that had to be
put out of their suffering.
This year, there is a fire from the Idaho side.
Our family friend called an older rancher he knew
to see how he was doing, where the fire line was, and if he needed any help.
The rancher is/was just getting his herd built back up from the last fire and
was now facing another from the other direction.
He told our friend he was getting ready to go saddle up and
see how many head (of cattle) he could gather before the fire got there.
Before he left the house,
he sat to pray,
telling God he didn't know if he could go through it again:
having to see what he saw and put cattle he had worked so hard for
out of their misery.
He asked the Lord to help him find and gather as many as possible.
(Maybe this is a good time to explain that out here,
cattle are turned out in the hills/mountains to feed for summer
so that lower pasture grounds can be hayed for winter feed.
Usually, gathering is done in the fall.)
The Lord heard and answered this mans prayer.
As he walked out to saddle up,
he saw cattle coming over the ridge.
He stood and watched as about 250 pair (cow + calf)
which was the bulk of his herd, trailed down toward the pastures.
There was an ugly ol' white mustang with no rider bringing them in.
Once they were all headed downhill, the mustang turned and
headed back up toward the hills.
The rancher still saddled up, got the cattle contained,
and headed up to see if he could find the horse.
He didn't find the horse,
but thanks God his cattle are safe.
Our family friend quickly assured us this man is totally sane,
and if there was a rider, he would have seen it.
I have no doubt about his sanity.
My response I suppose, is a simple
Amen.

Until next time,
Nimble Fingers and Even Stitches
Posted by Lady Locust at 4:13 PM