A Knife and Steel

Take a look at these beauties. 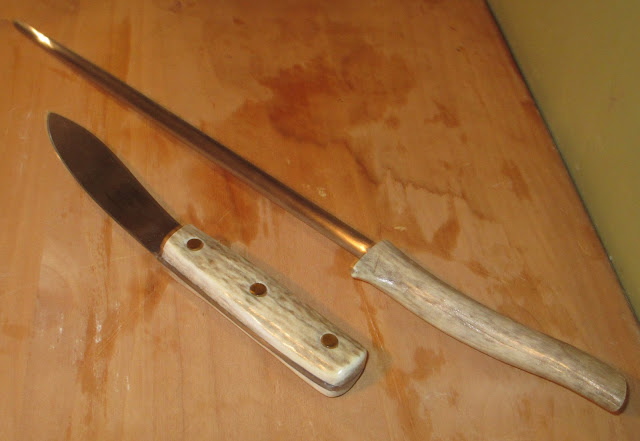 (Never mind my old stained cutting board.)
A good year or so ago
Mr. LB found a good deal on J Russell Green River knife blades.
This one is the 'sheep skinner.' 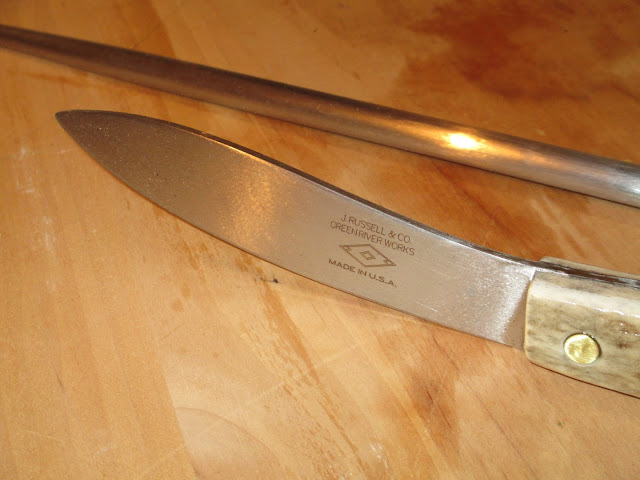 He thought the angle might be interesting and useful.
With one, he used the two blocks of wood that come with the blade
to make the handle.
It turned out fine, and he has used it several times.
The other, he took to my brother.
He enjoys knives and does a pretty nice job.
So they worked something out.  You know how horse trading goes.
Hubby was thinking of having it done "nicely" as a possible gift
to maybe his brother or my dad, but my brother didn't know that part.
My brother thought he would do something nice for Mr. LB.
He used deer antlers instead of the blocks that came with it,
and made a steel to match. 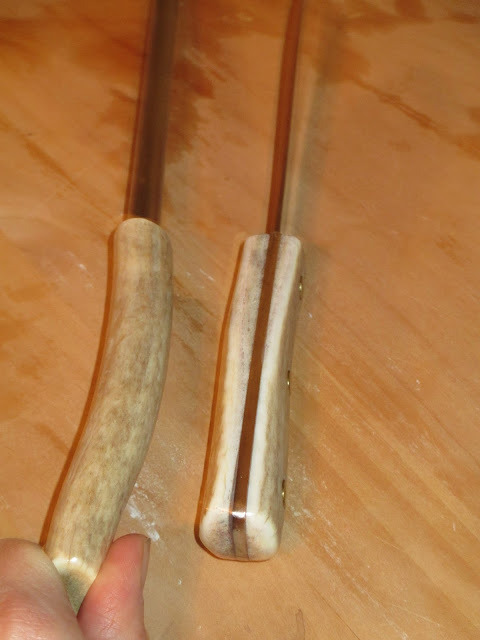 Hubby is right handed so the knife goes in his right hand,
and the steel in his left.
Look at the contour of the antlers used. 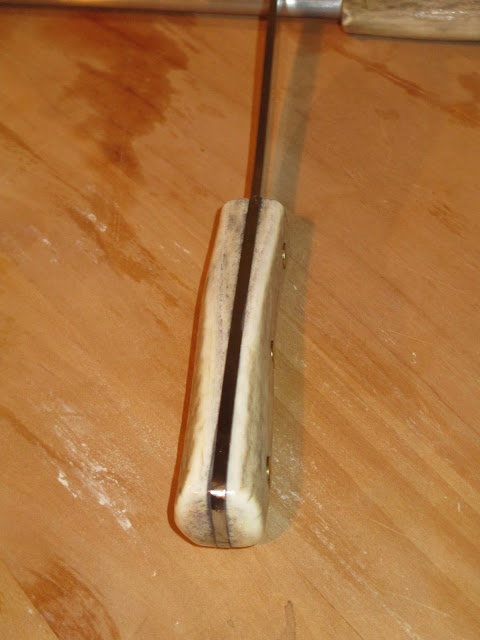 He cut the antler right where it would lend the proper angles
to fit each hand.
My baby brother said he used a new kind of shellack,
and he didn't seem to care for it as well.
Mr. LB is also disappointed - that's sarcasm incase you didn't catch on.
Needless to say, it has not yet been used.
It is at present sitting on the mantel center stage.