Being the nostalgic one of the clan,
plenty of items seem to come this direction.
For the most part, I am really grateful.
Over the past couple years though,
I have been on a mission to declutter.
It has been getting better and better.
It's when it comes to family items
that I tend to struggle.
My Uncle Joe passed away about 20 years ago.
Somehow, two foot stools he made ended up here.
They have been moved from one spot to another
gathering yet another layer of dust and debris with each shift.
Fiiiiiiinally!
I have come to the point that these things
(not just the foot stools)
need to either be used or move on.
My memories of him do not center around these foot stools.
He was a kind man, but I think he would call me foolish
for feeling like I had to keep them as I have.
These two little gems are not identical.
(I only got a picture of one at a time.) 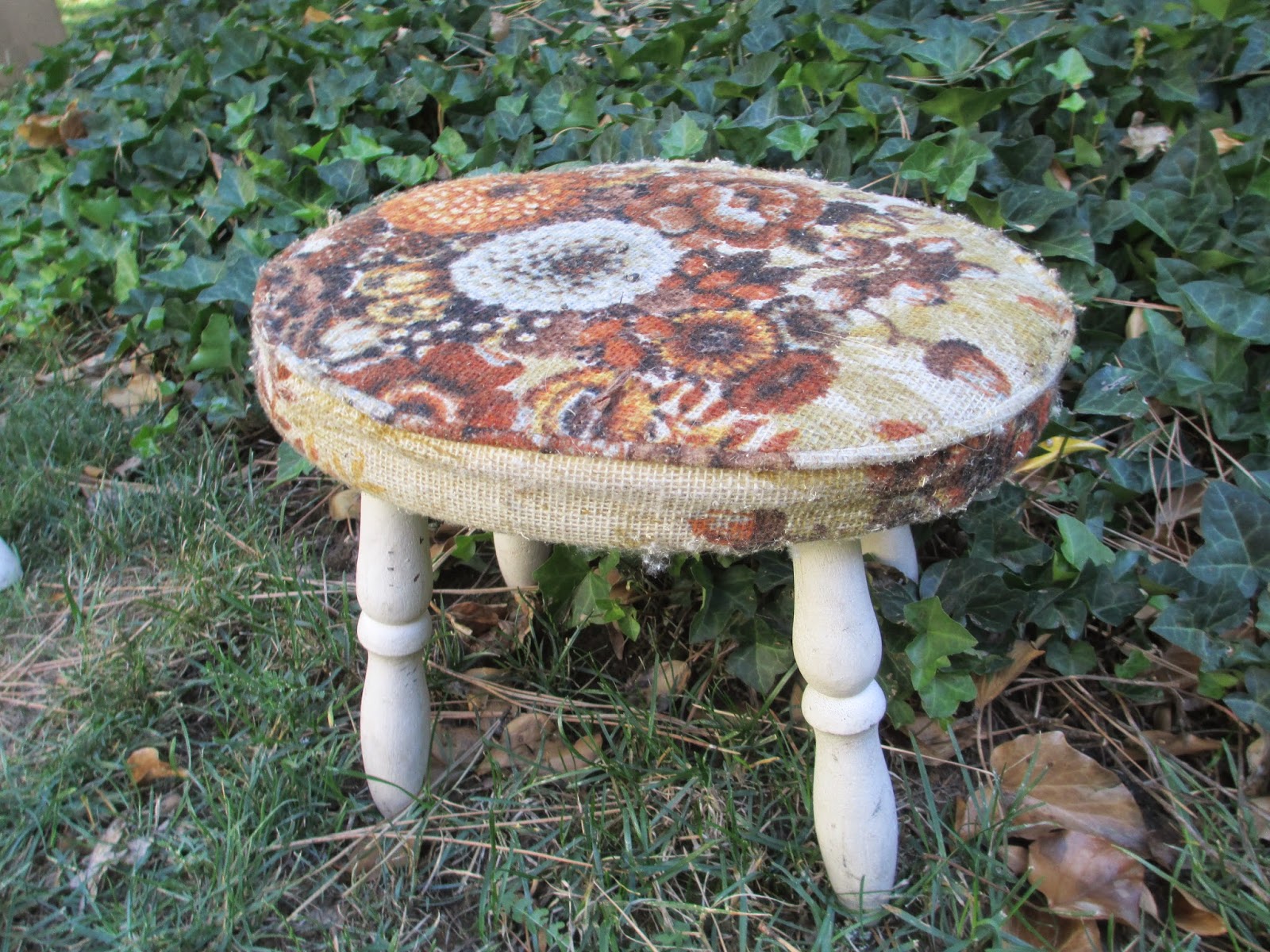 The legs are different and were evidently covered
let's see...maybe 1972???
What would your guess be?
I decided to pull the rusty floral off and recover them. 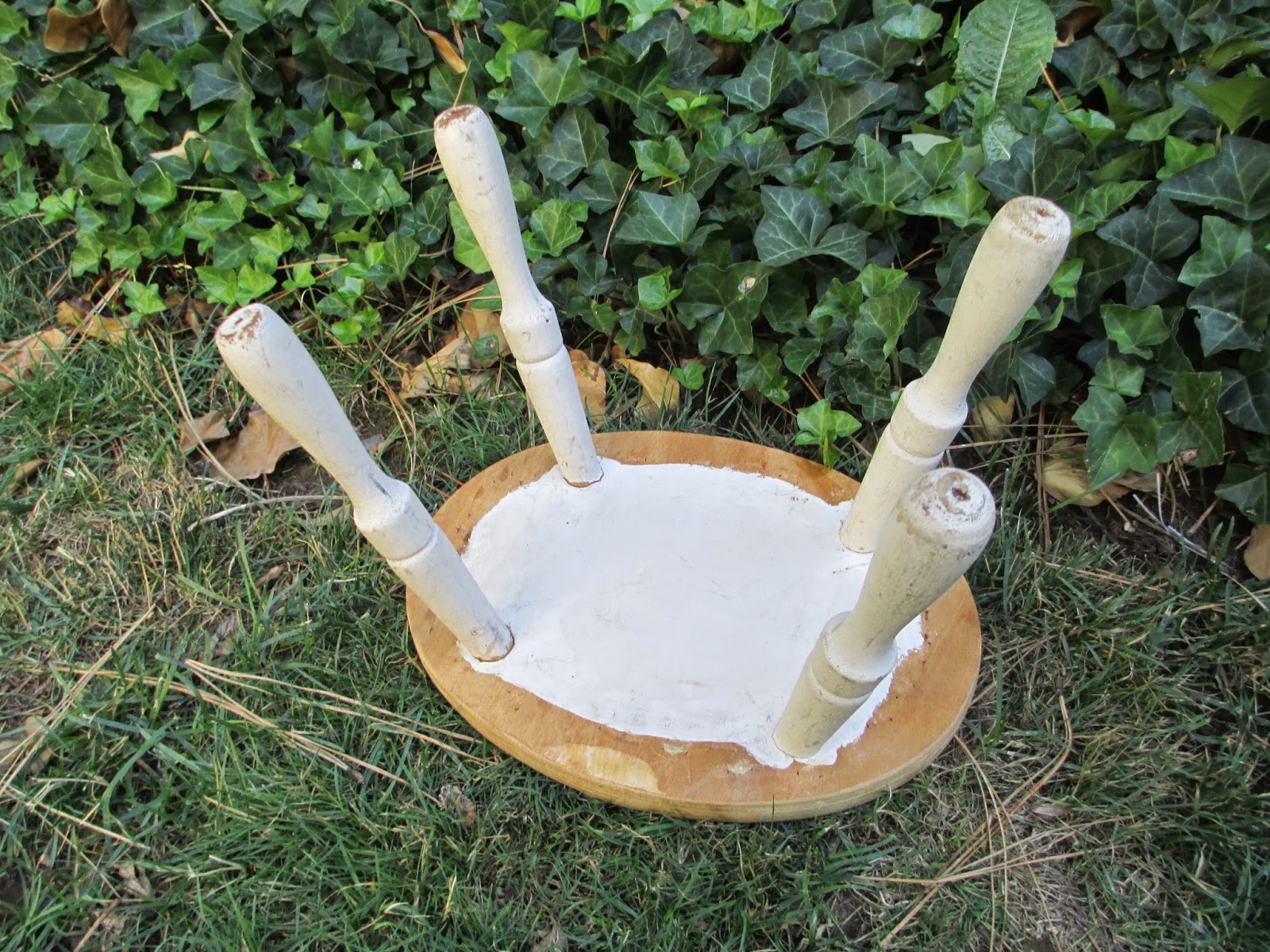 We don't have much white in the house
and would probably use these in the living room
so I applied dark walnut stain to the painted legs.
Stain over paint (low sheen) created a very suttle look. 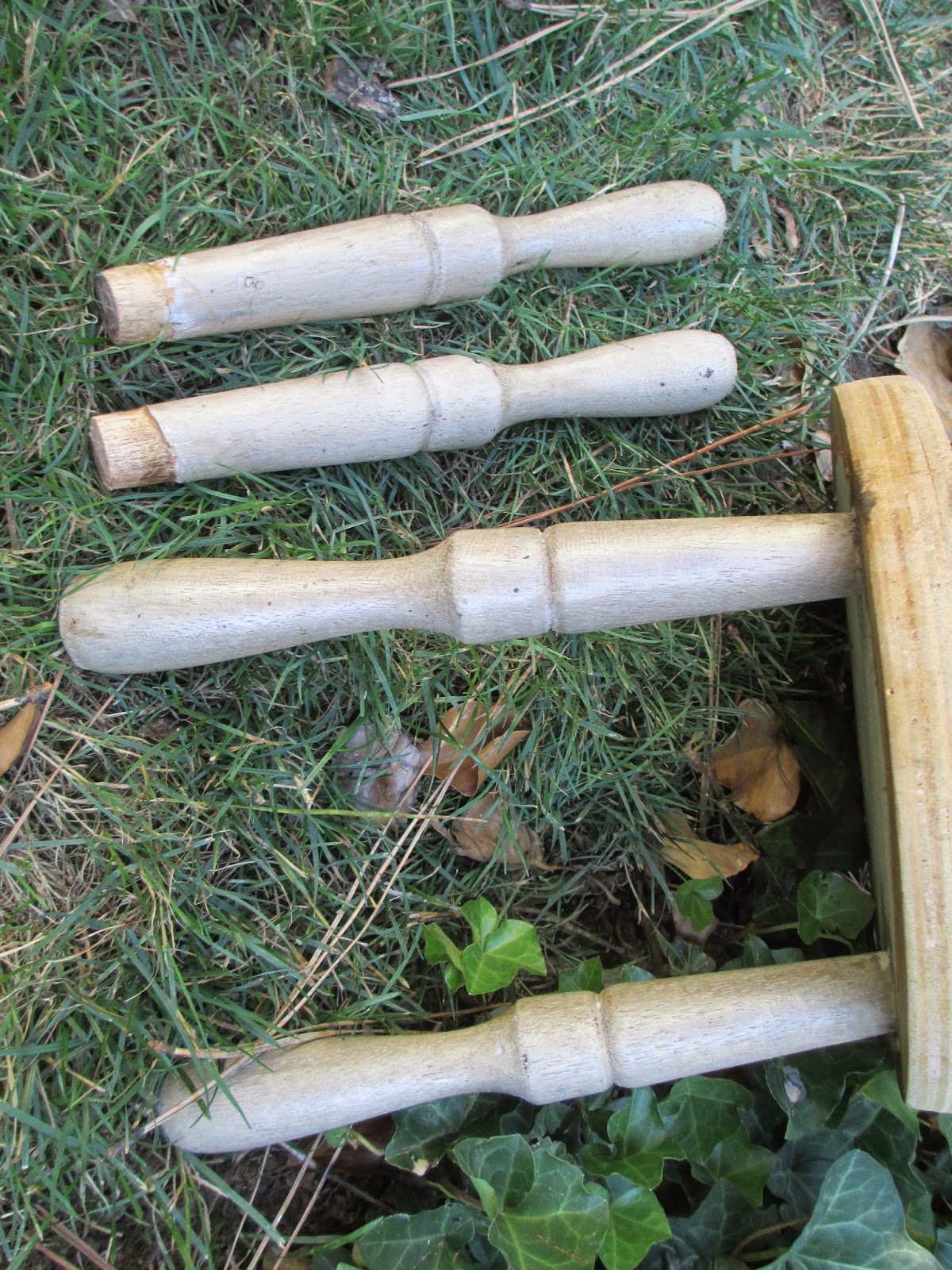 One has a plain wooden top that will need to be recovered;
however, the other was a suprise. 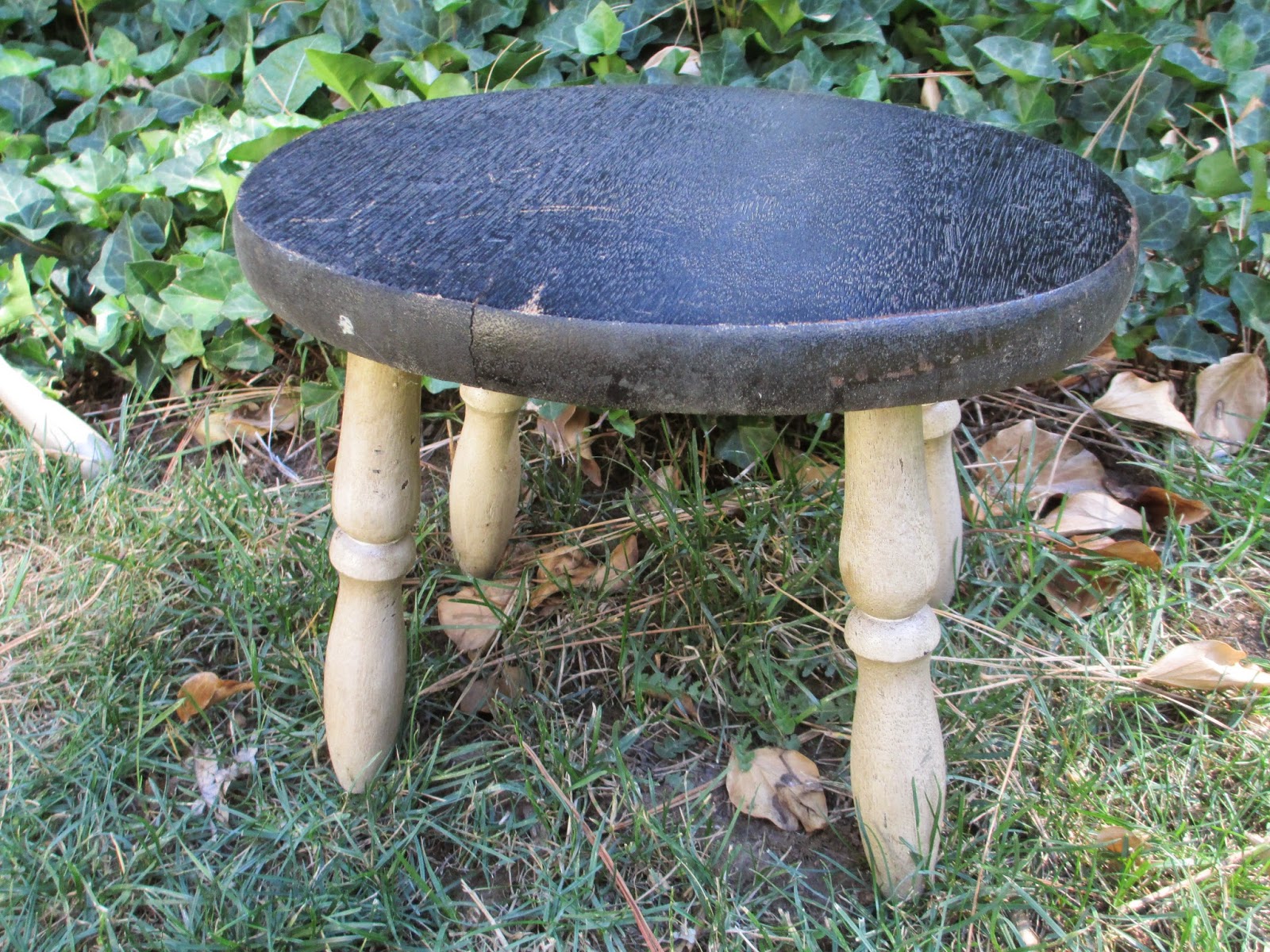 It had a finished black top.
After regluing the legs that were loose,
I decided I liked that one just as it was.
Imagine, they have been floating around the shop
for a good ten years at least,
and all it took was about ten minutes to have a wonderful
usable foot stool.
After regluing the legs, it is sturdy enough to stand on.
I really just want to use it while sitting in my chair,
but I also like the idea of sturdy.

I suppose the real point to all of this is,
if you have something that you are saving to pass down
to someone, maybe see if they want it now.
Items that are stored for decades are not being appreciated.
If I would have been offered my great-great grandmother's
entire dishes set when I was needing dishes,
I might have enjoyed them.
Now that I have inherited them, I don't need them
but feel obligated to have them.
(Any ideas on that one would be appreciated:)
My latest goal is...
I want it all gone by the time I die.
I hope it's not "things" that I am remembered for,
but life and love.
How nice would that be for my kids -
just to have the essentials to deal with when I'm gone.
Ma's dentures, coffee cup, and quilt.
Pitch the dentures.  Argue over who gets the cup and quilt - done.
I know it's not that simple,
but I'll keep trying.


PS: I liked the black top on the one foot stool so well,
I decided to do the other top black so they will sorta match.