September and Apples
Those two words just seem to go hand in hand.
The smell of apples in late summer and early autumn
just bring a stirring in the soul
that conjure up visions of frosty mornings,
falling leaves, bright orange scool busses,
and apples. 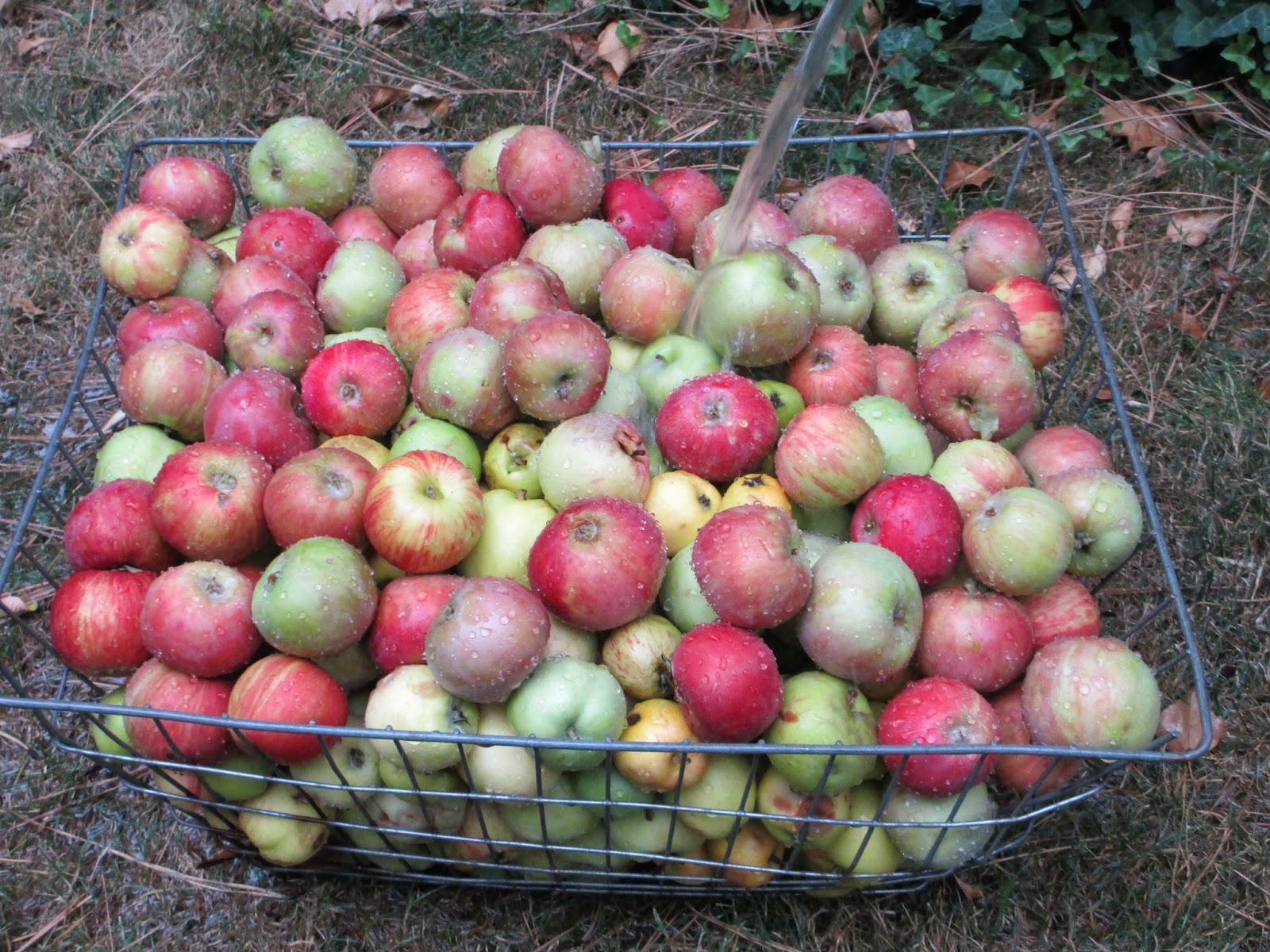 Whole apples being kept in whole form
are not my forte.
Keeping in whole form + fuzz + funky odor - I'm a pro.
Needless to say,
we preserve them in different ways.
This year in addition to our own apples,
we have had three boxes given to us.
One box will be cored and dehydrated.
The other two boxes as well as our own
were juiced for spiced apple cider. 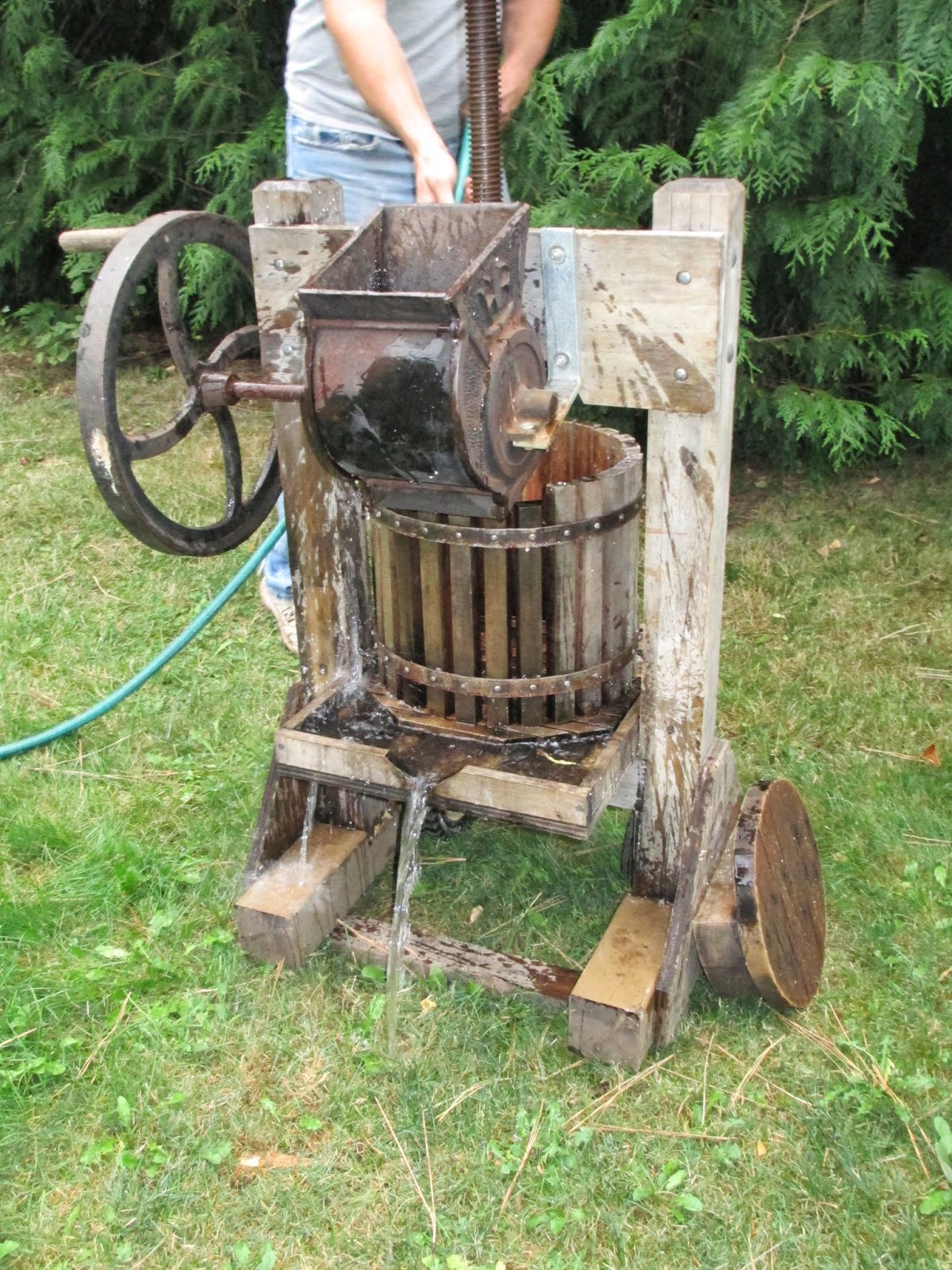 Our neighbor has an apple press that we were able to borrow.
Washed up our apples and the press
then got to 'work.' 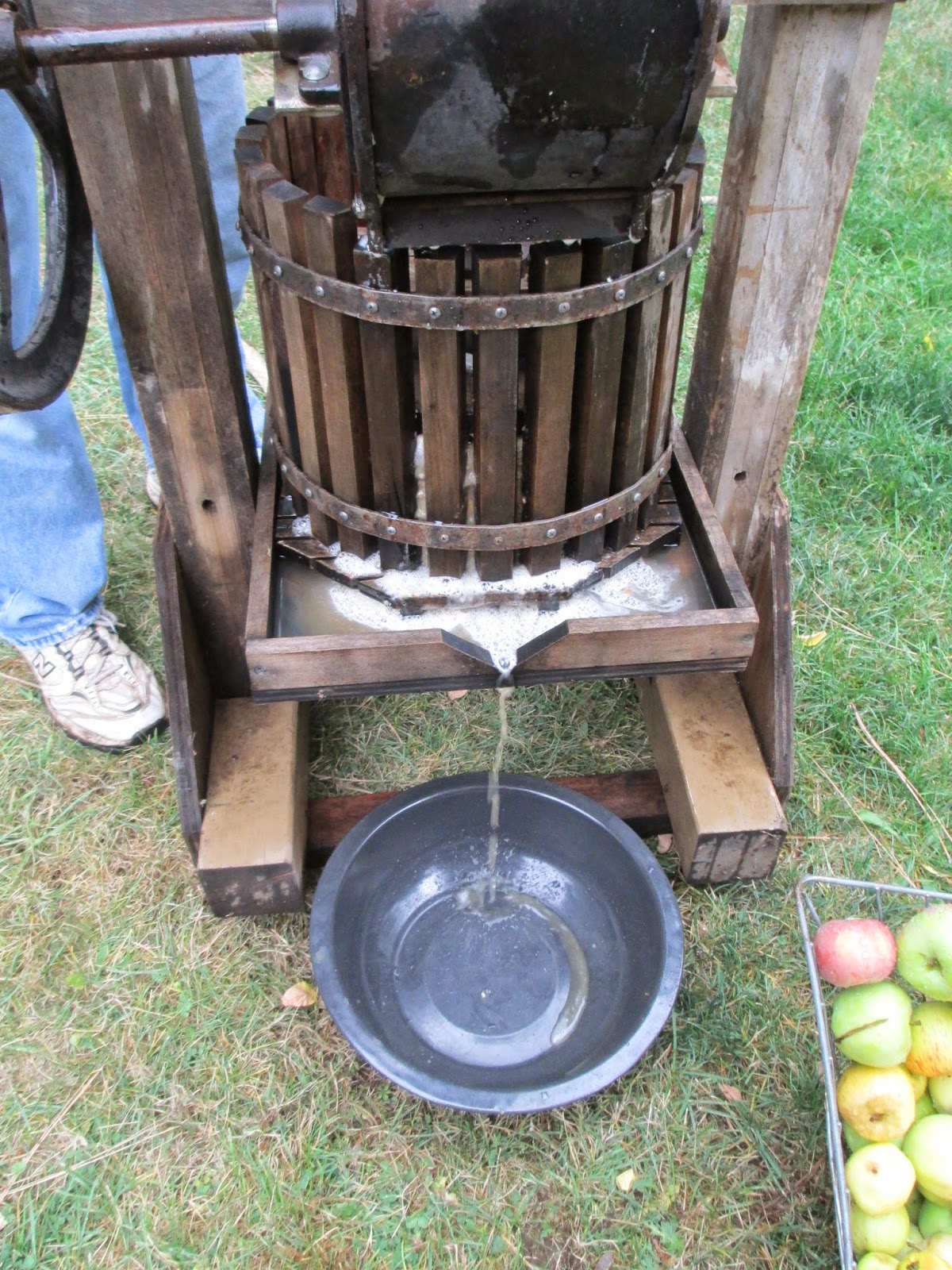 As we juice it,
small pieces of apple make it into the juice.
It went into my big ol' coldrun
and my big ol' canning pot.
(Lots of cider:) 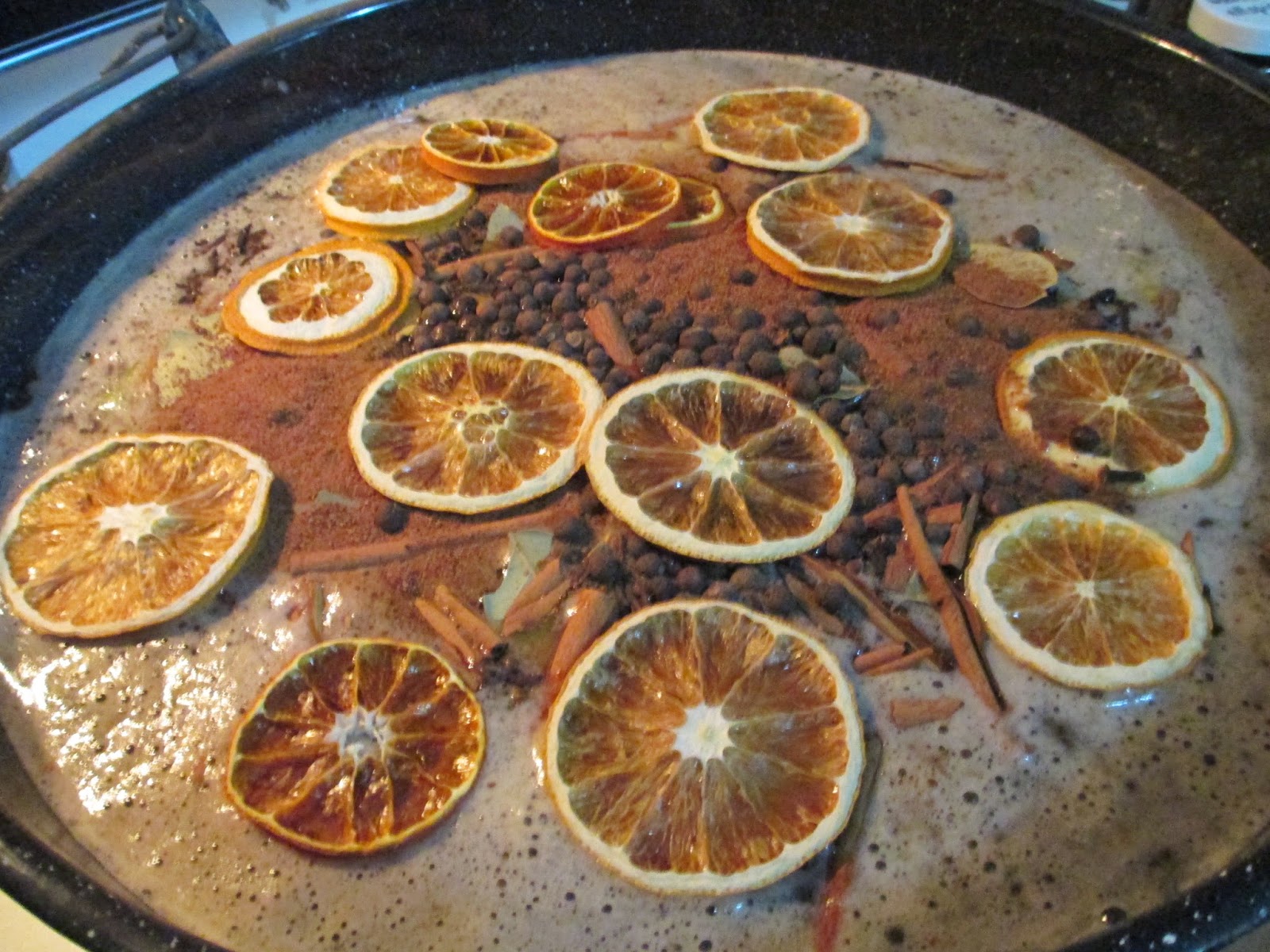 Into the juice went
cinnamin sticks
allspice
bay leaves
cloves
dried oranges
nutmeg
mace
Isn't it just beautiful?
I wish the screen was scratch-n-sniff for you.
As it was simmering,
the house smelled just incredible. 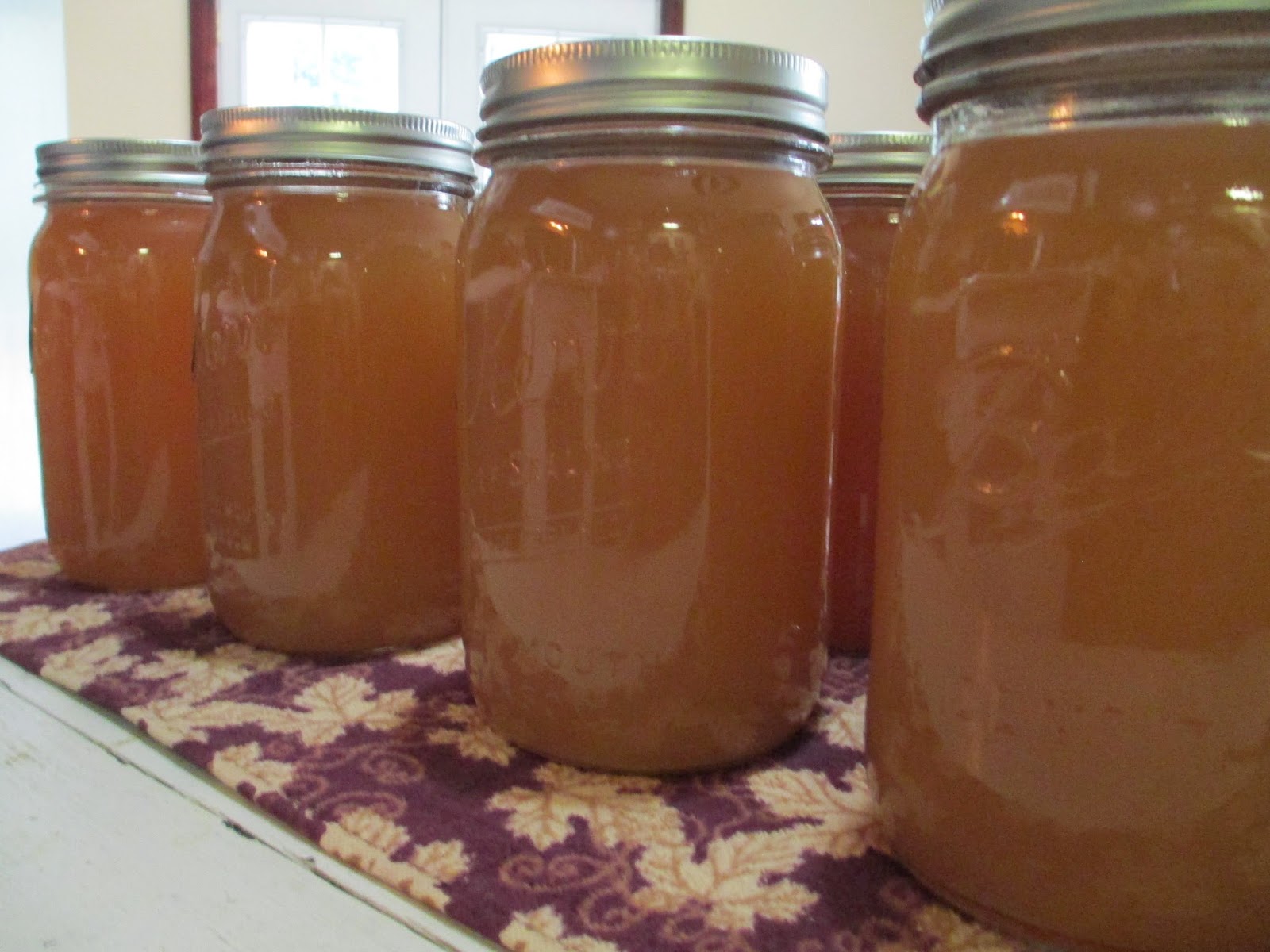 As it went into the jars,
it was strained.
We ended up with 18 quarts and 1 pint.
It might be a little work now,
but come winter when the snow is flying
and we are bringing wood in to stoke the fire,
a nice hot cup of cider might just taste pretty good.

The recipe if you're interested:
2 qts fresh squeezed apple juice
2 tsp. whole cloves
2 bay leaves
2 cinnamin sticks
1/2 tsp. nutmeg
1/2 tsp. mace
1 tsp. allspice
2-3 dried orange slices
1/4 cup brown sugar if your apples are not a sweet variety.
(I also added 1 stick cannella which if you are unfamiliar,
you can find in the hispanic section of the grocery store.)
Heat to boiling then reduce heat and
simmer about an hour ~ stirring occasionally.
I hot-water-bathed the quart jars 20 min. though I read
as little as 10 min. and as long as 25 min.