Some time back,
I shared that I was infusing oil with pine resin.
It is a natural antiseptic
and smells absolutely wonderful.
You can see how it came about right here. 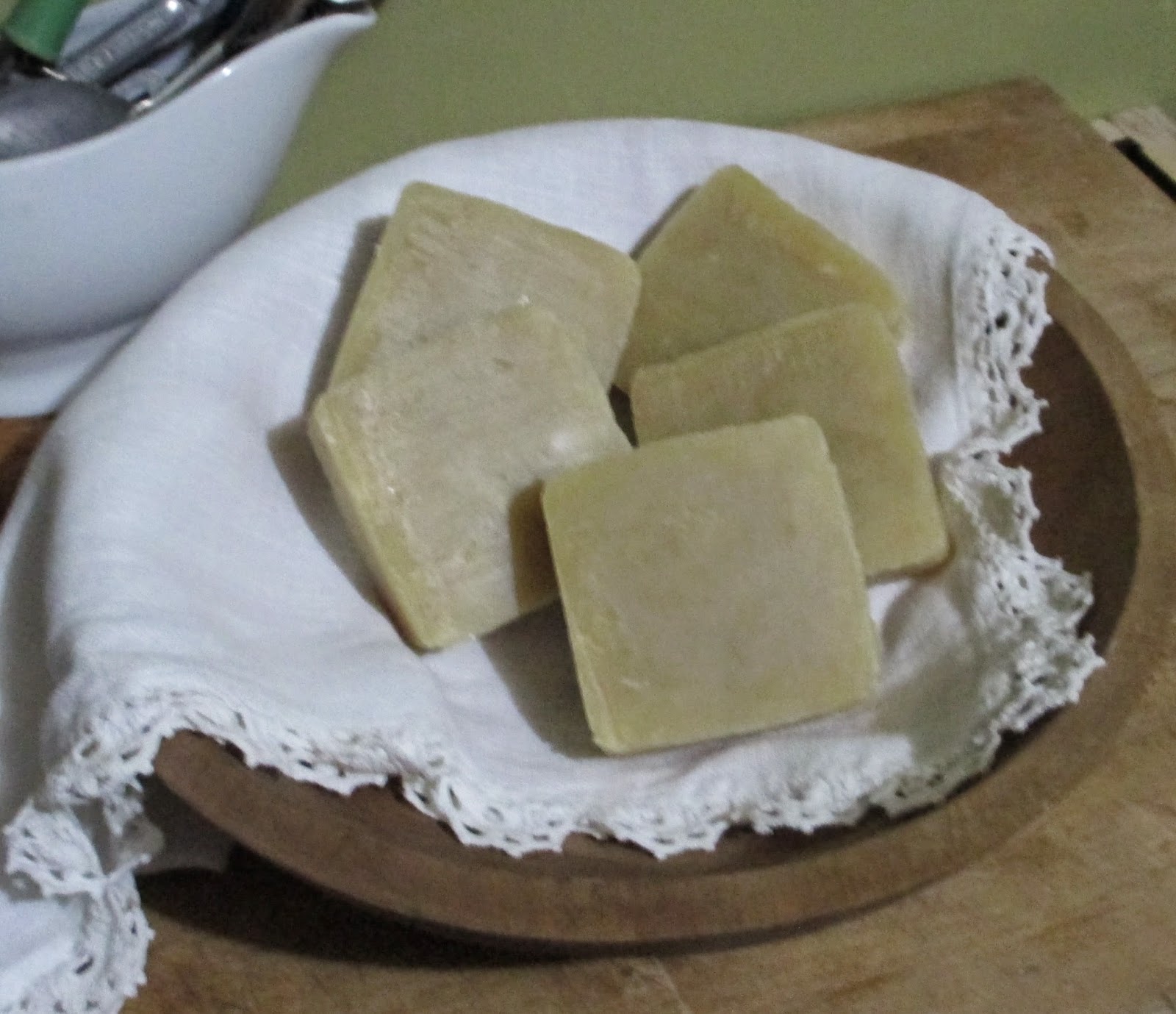 To my embarrassment,
I forgot to share the results
once the oil was infused.
I have made a couple batches of soap
and a small batch of lotion bars.

It makes a great soap;
however, there were a few differences.
When I went to use the stick blender,
it thickened really quickly.
Also, it is darker than usual
which doesn't really matter to us.
It's usually a soft white color.
Mr. LB was having reactions to store bought soap~
even the ones for sensitive skin.
He has had no reactions and loves the smell of this.

If you have the opportunity to get some pine sap,
I would strongly suggest it. 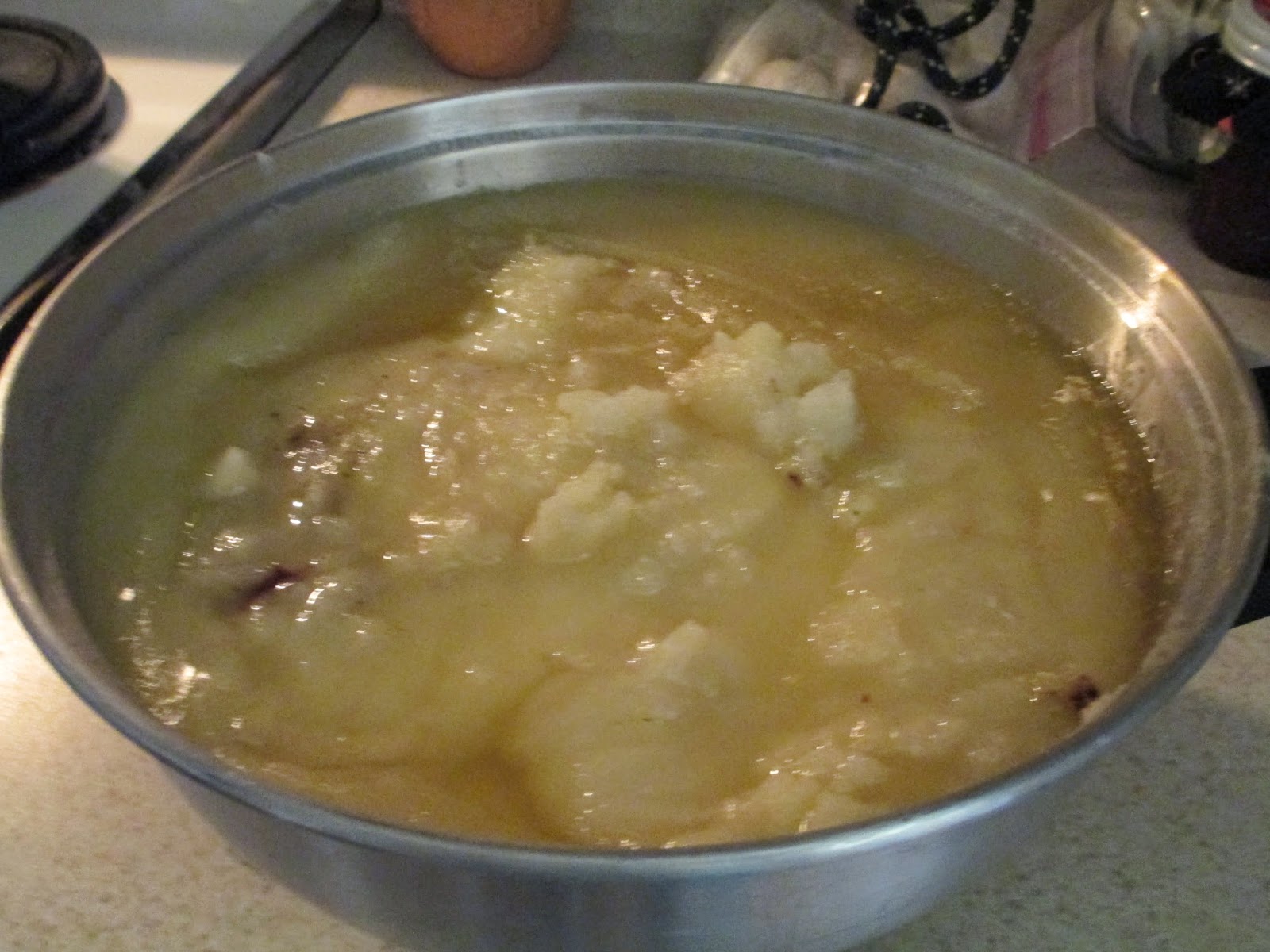 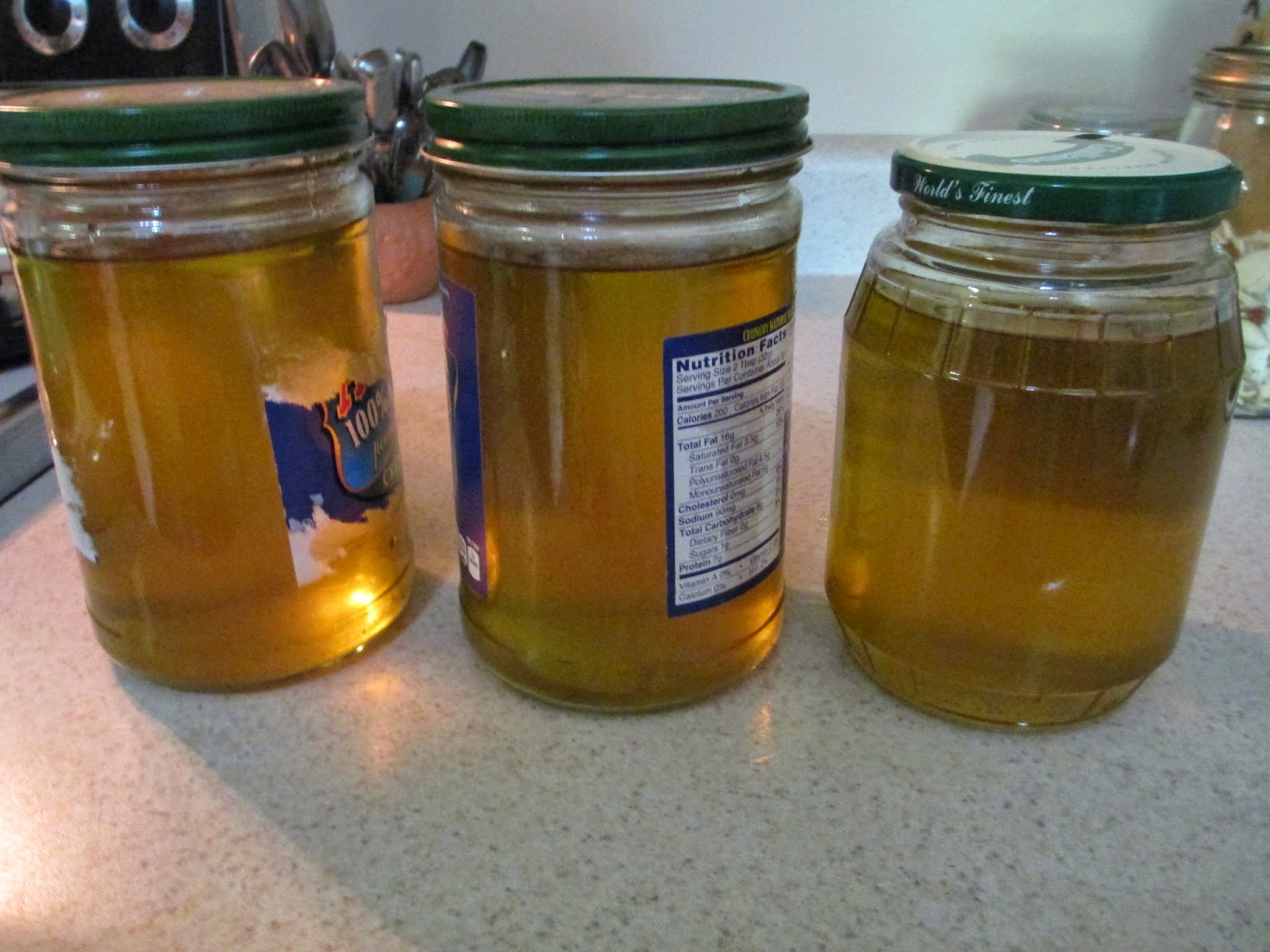 The sap in a thrift store pan
that I don't ever plan on using
for kitchen purposes.


I heated it over a low heat
so it could be poured into
a glass jar and mixed
with olive oil.

I filled each jar about
1/4 full then poured olive oil
in to fill the jar.
I actually left it for about
2-3 months before using it
for the soap.
For the first batch,
I used all infused oil.
The second batch,
I used half infused and
half regular olive oil.
It turned out equally well
with no other changes made to the recipe.

I treasure this oil and will be on the look out for more any time
we go get firewood from now on.

Until next time,
Nimble Fingers and Even Stitches
Posted by Lady Locust at 6:24 AM