When Things Were Built to Last

Of course we've all heard about
"in the good ol' days" and
"when things were built to last a lifetime."
Weather it was a car or a good metal axe head,
the oldies just seem to last.
Here is a perfect example~ 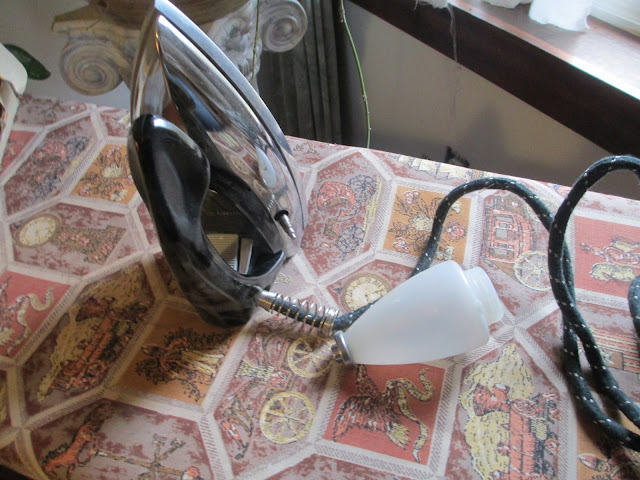 For some time, I have attempted to be happy with
my big expensive Rowenta iron.
It's fine for Mr. LB's work shirts,
but for smaller more detail oriented projects,
it is just too cumbersome and finicky.
I had kept my little old Rival iron that I purchased many years ago
from a clearance bin for $7.00.
It worked okay, but the steam feature had issues
which is why I bought the new
"bigger and better" iron.
Well, a week or so ago, the Rival died.
Me being me, I couldn't just pitch it so I ripped into it
to see what might be wrong with it. 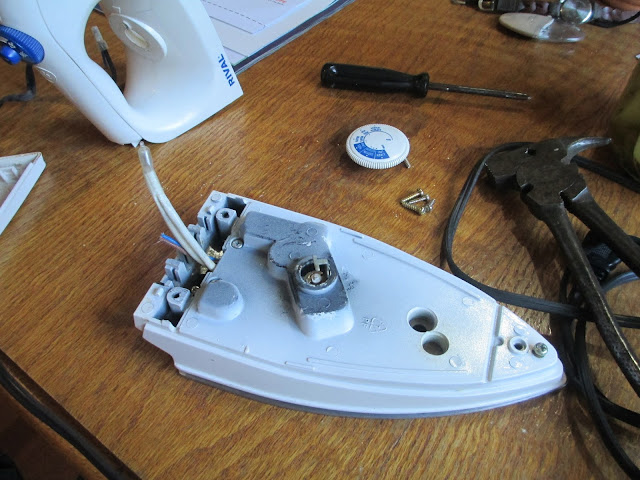 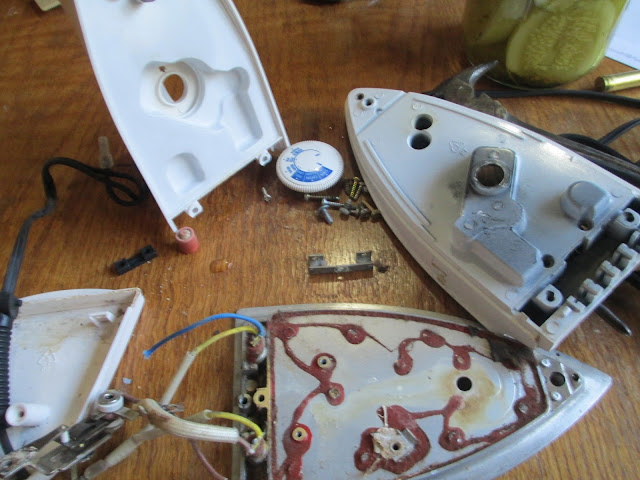 A couple of things struck me as I broke into the thing.
First, it was put together in a way that the plastic pieces
clipped so they would break when pulled apart.
This wasn't a concern for me but meant it was not made to be repaired.
Next, the plastic type number was on the inside.
This meant in order to figure out if any portion of it was recyclable,
one had to dismantle the entire thing.
And lastly, the thing was just made to be temporary overall.
I was somewhat satisfied at least that I could recycle a portion of it.
It had many hours on it, so I really did get my $7 worth.

However,
this morning, I wanted to work on a couple of smaller things.
The thought of using the Rowenta did not bring pleasant words to mind.
Then I thought, "What about......"
"Yes, it's right there."
"Let's just see....."
HA! 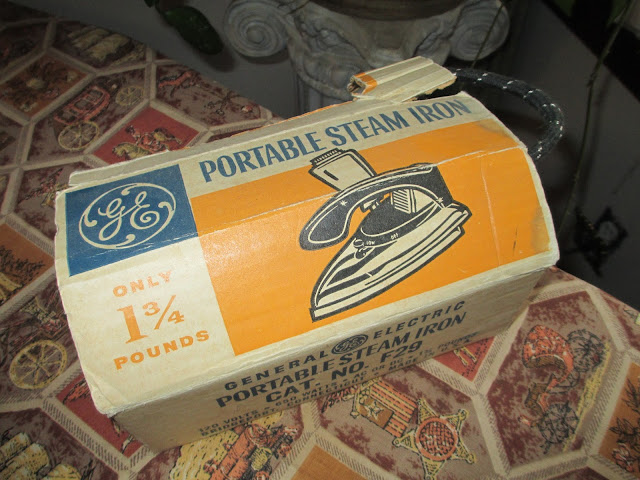 I knew it worked as far as getting hot, because I plugged it in
before I purchased it at an estate sale several years ago - for $3.
I thought it would look nice next to some old quilts I have.
I got it down, attached the water reservoir, and plugged it in. 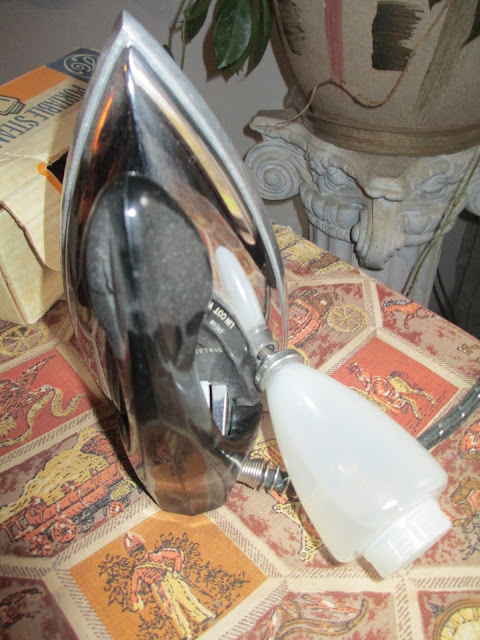 I tried it on a scrap of muslin, and
whatta ya know?
It works perfectly.
It's small, light weight and actually steams the fabric.
I then unplugged it to let it cool so I could dust it all off
before I used it on a real project.
I am thrilled.
It just got me to thinking,
it's something I tend to do anyways,
but if there's something I need,
I'll probably search for something old on-line before running right out
and buying the new plastic version.
I believe in the saying "buy quality and buy it once."
That's actually what I thought I was doing when I got the Rowenta.
Little did I know it was actually what I was doing when I got
the little GE at the estate sale.
I suspect it will last a long time.