This is Mr. LB's favorite. 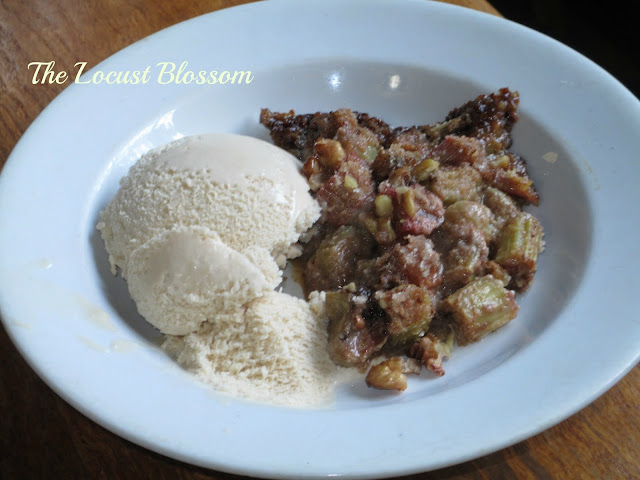 It's one of those pies that falls apart so it's difficult to make it photogenic.

Since we have some very happy rhubarb right now,
I decided to make him a pie. 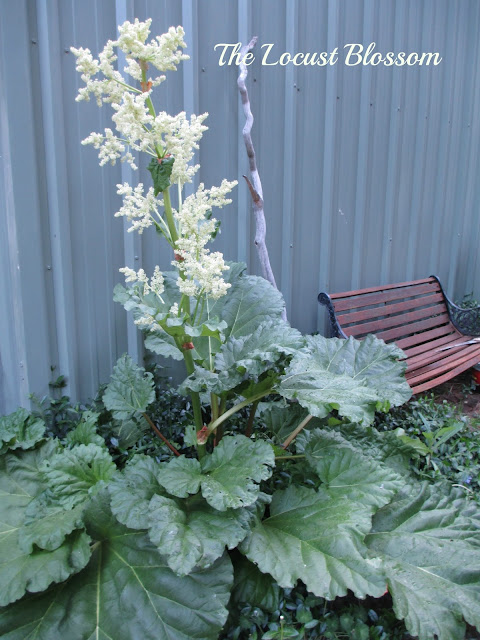 (This one is going to seed. We have several, but this is the only one that seeds.)

Here's how it happens. 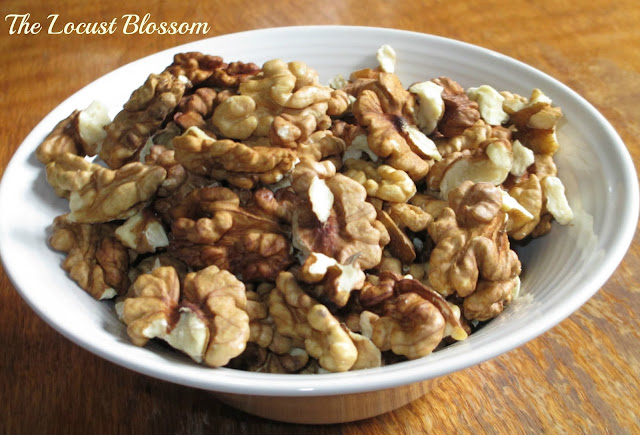 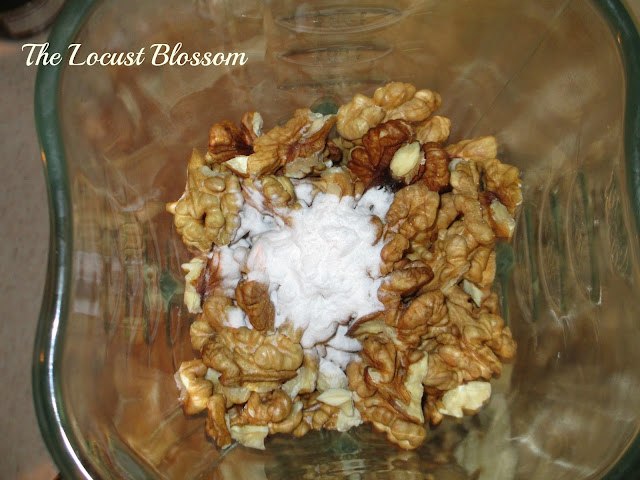 (I do this in two parts so it doesn't get sticky near the blade.  A food processor might work better for this step, but I don't have one.)

Then add butter and mix well.  Use spatula to smooth into 9" pie pan. 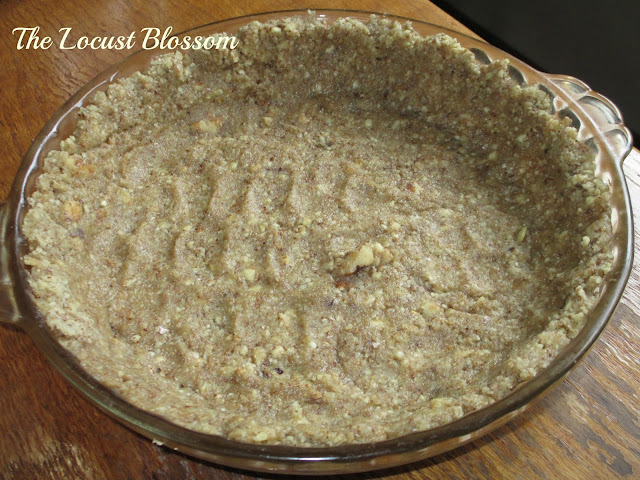 I use my fingers too.
Bake at 350 degrees for about 10 min.
Just until it looks dry rather than wet and
is just beginning to brown around the top edge.
Remove from oven and let cool while making filling.
Increase oven temperature to 400 degrees. 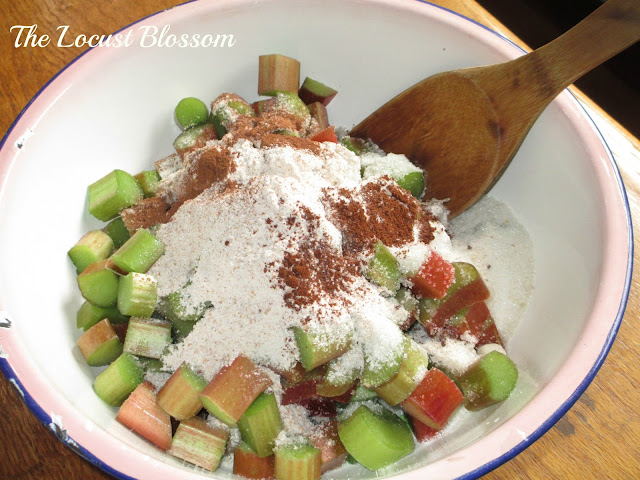 The Rhubarb Filling:
5 1/2 cups rhubarb chopped into 1" pieces (or slightly smaller)
2 tsp. lemon juice
1 cup sugar
1/4 cup flour
(we use whole spelt but would bet coconut flour would work too)
1/2 tsp. salt
1/4-1/2 tsp. each cloves and cinnamon
In large bowl, mix together then dump into pie shell.
If you so desire, you can sprinkle some chopped walnuts on top
to make it pretty.
(I so desired.) 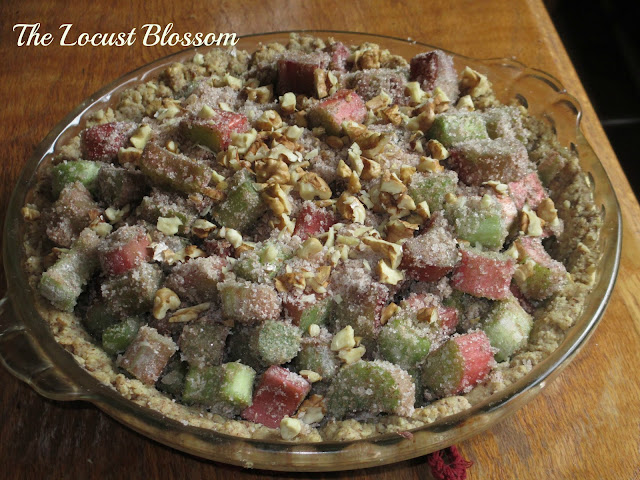 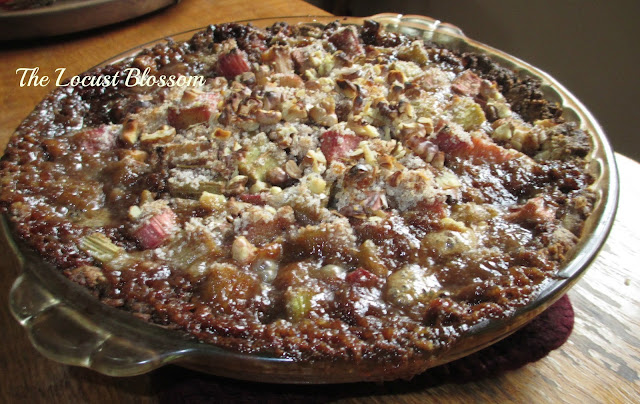 And then alas, don't get side tracked and forget to check it.
This got a little crispier than it should have, so it's not perfect.
I probably shouldn't share such a thing, but we are human after all and Mr. LB still ate a big dish of it with some homemade vanilla ice cream.