The other thing I found recently was this amazing table and chairs. 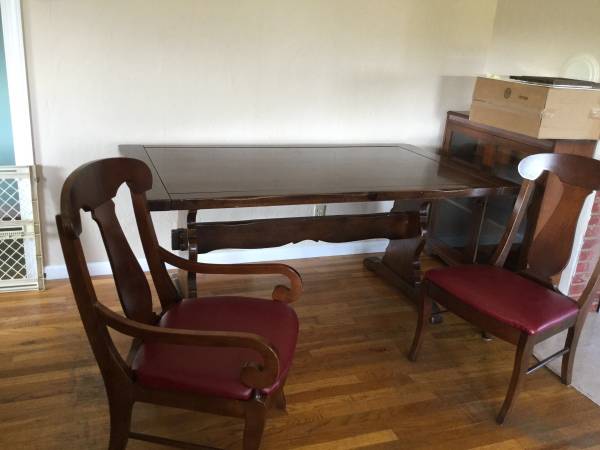 (This is the picture from the ad that I responded to.)
The folks had just moved and it didn't fit in their new house so it had to go.
She said there were multiple calls between the time I called and made arrangements to pick it up
and when I arrived.
The cool thing about the table is it has two leaves but no seam down the middle. 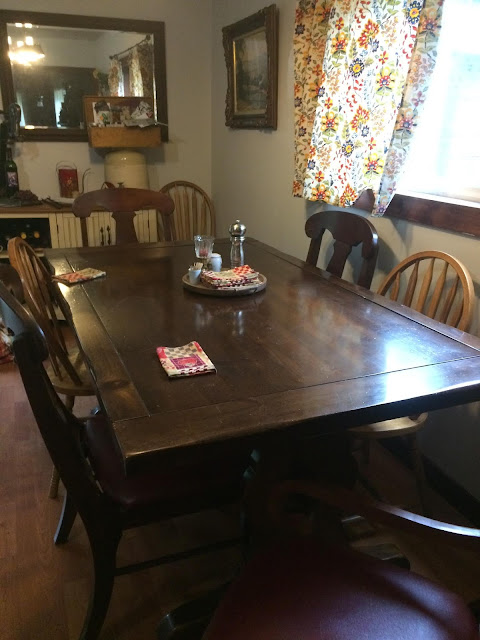 (Before I got the cabinet in.)
See~ 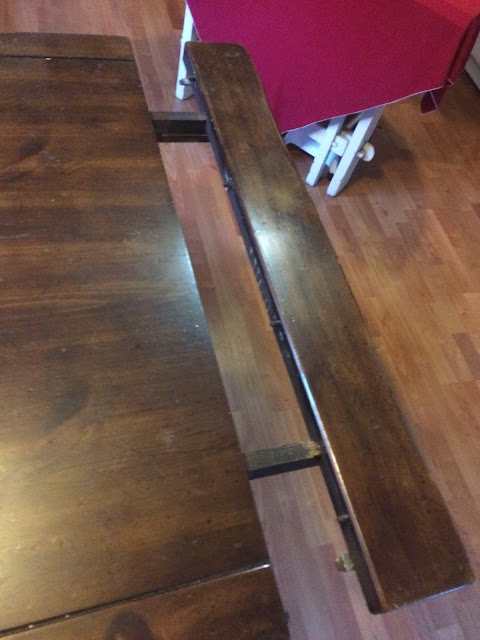 Our old table worked but was an old one my grandmother had
that we gorilla glued back together multiple times.

The chairs were recently recovered and I love the color, but they must have changed them when they did so.
I think there should be a plywood form as well.
As is when you sit in the chair, you feel like you’re falling into a big toilet seat.
There is no support so you actually sink into the chair.
I need to pull one apart and make a pattern of sorts.
From there, I can do them one at a time just to make sure one size fits all.
In addition to not having much time lately,
I haven’t been super excited to get to this,
because it involves pulling staples.
If you’ve never pulled staples on this sort of thing,
Come on over - I’ll learn ya how 😉
It will be nice to have them done, and I do have plywood for the job,
Now it’s just that time thing.
Posted by Lady Locust at 6:18 AM