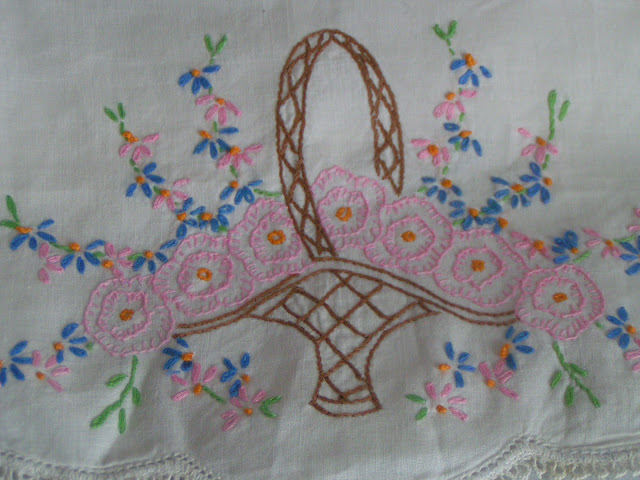 Just wanted to share a little bit with you.  I have been cleaning out the sewing/fun room.  ﻿After having the epiphany that just because I like something, doesn't mean I will do something with it. I have decided to part with A BUNCH of vintage linen and lace pieces.  This will allow me to focus my efforts on those things I enjoy most (quilting:)  Nearly everything in our home is a deeper richer color.  I have no pink, blue, or primary colors (with the exception of one small room that is a buttery yellow, if you want to count that.)  I just adore and appreciate those hand tatted and crocheted laces.  And the embroidered pictures on doilies - they're entirely charming. 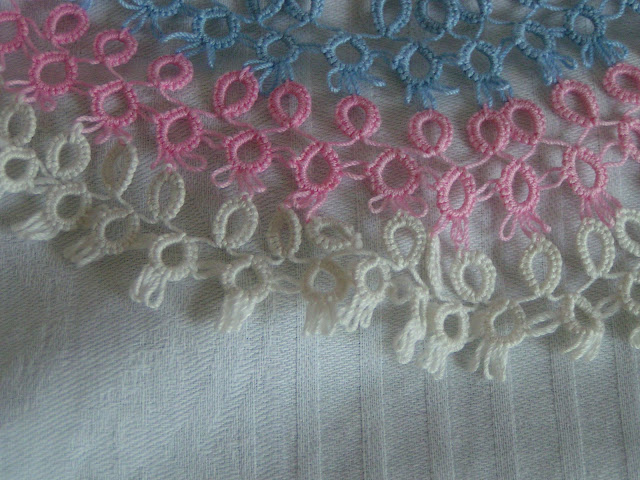 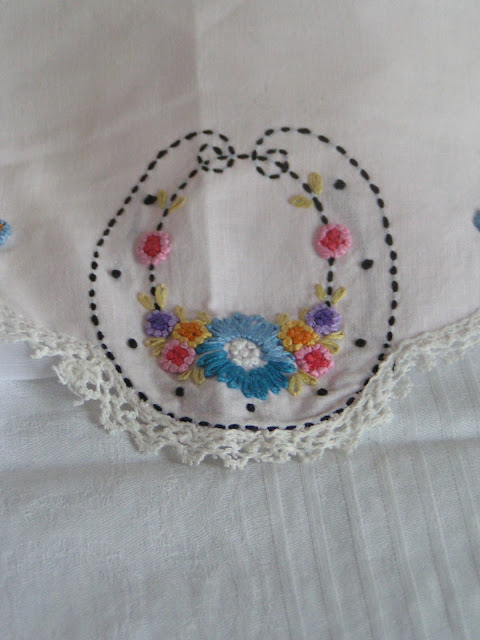 I was asking myself, "Self, why do you like these?"  Self rambled on for a really long time - won't bore you with that, but the fact that someone put effort into making something pretty - and that something was most likely appreciated by many.  Did you get that?  They made something, didn't buy it, order it, or expect it from someone else - they made it. They put thought and effort into it.  Those are French knots in the photo above.  Beautiful! 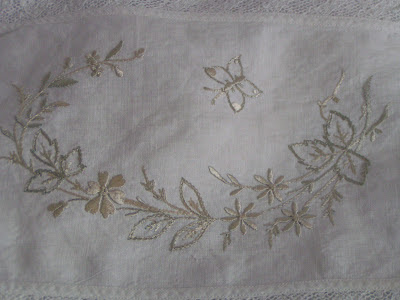 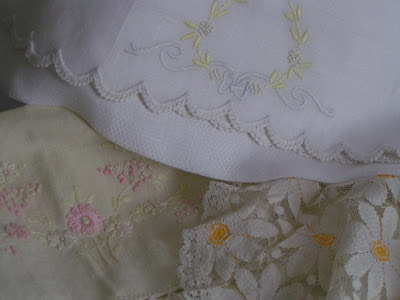 I think that's why I like quilting & more specifically, hand quilting.  It reminds me of a time when things weren't expected, they were worked for, they were a rarity.  If you have ever known anybody who has lived through the depression, they can tell you.  They made their own undergarments - wow! how boring.  I am so thankful to have the privilege to work on something pretty and fun.  So, with all that, my collection is going on a major diet(editing.)  I have posted a bunch in my etsy shop, and I am not finished.  I will probably be posting them over the course of about a week.  If you like linens take a peek.  If there are several you are interested in, you might email me before you purchase them - I might be able to help on shipping cost if buying multiple items.  It's crazy that one little item costs almost as much to ship as several in the same size pkg. 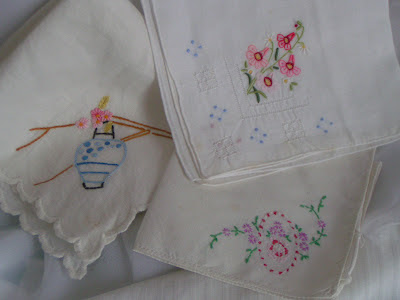 So, I am cleaning house and moving forward - need to get busy on that Cathedral Window quilt.  Only need 9 more yards of background - whew!  Heading over to the Walla Walla Quilt show tomorrow.  I bet I'll be able to find a yard or two there.
Until next time Nimble Fingers & Even Stitches