A new sign appeared on the road to town
a while back. 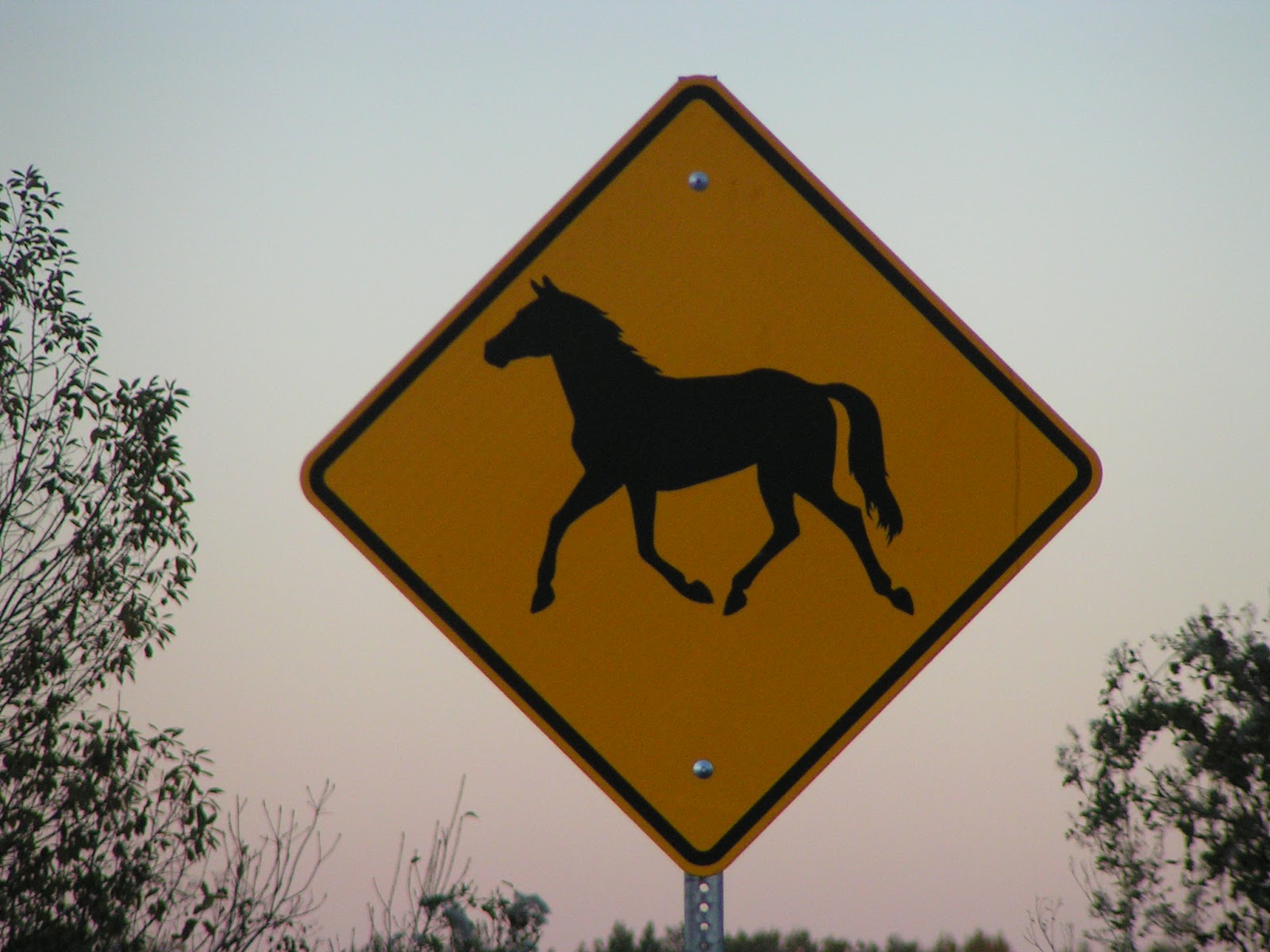 There are several herds of mustangs around here.
The signs appeared after someone hit one on the road.
I can't imagine the damage hitting a horse would do
to a rig.  I hope they were okay.
I have hit deer, and that's no joy.
A horse weighs about five times as much as a deer. 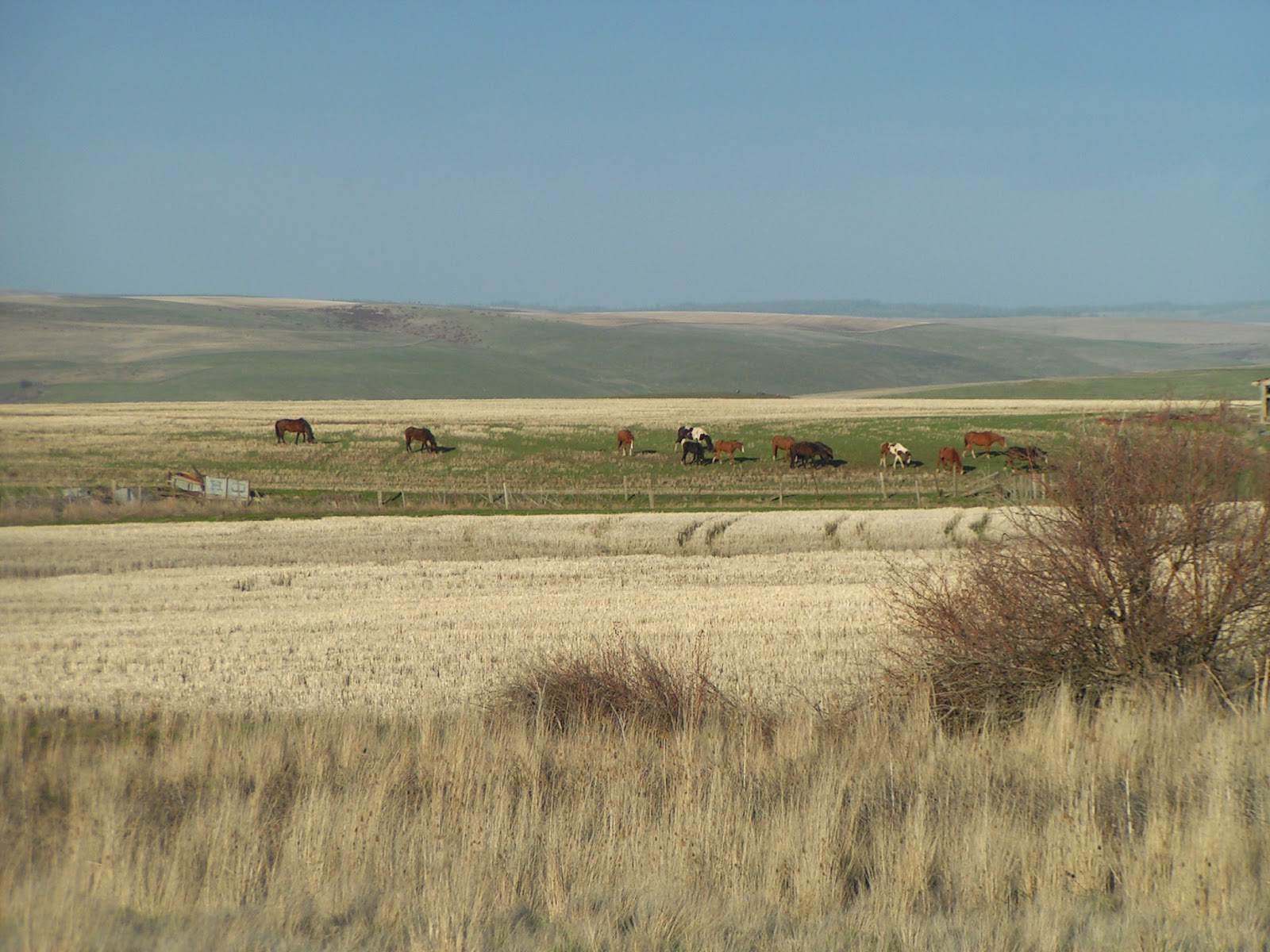 This is actually a pretty decent looking bunch.
Just a note to those who think that the "mustangs"
they show in the movies are what they really look like,
that's like saying that the pictures you see in magazines
aren't photo-shopped and air-brushed.
The horses in movies are well kept herds.
I can actually vouch for that as my SIL's
uncle owns one of the largest herds that is often filmed.
Real mustangs often resemble those prehistoric images
on cave walls.
They are dumpy, mangy, and inbred as well as mean.
They have to be in order to survive.
There are plenty of wolves & mountain lions
that would gladly help control the numbers if they weren't. 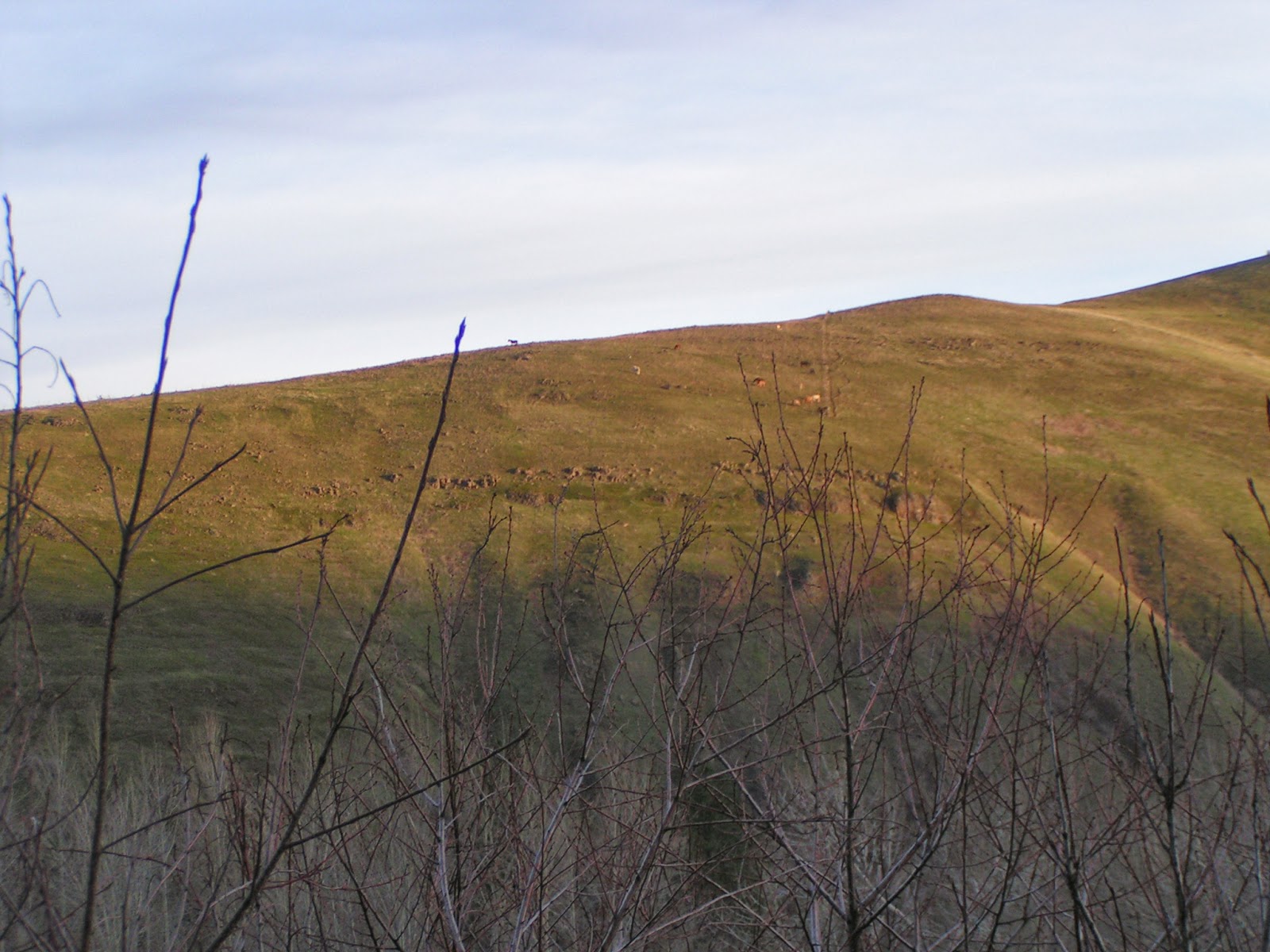 Actually, in this picture are just a few of a much larger herd.
There are more just over the ridge.
This herd in particular has had to be managed.
Oregon is open range
which means if you don't want various critters
to wander onto your property,
it's up to you to fence them out.
So of course, folks have fenced them out
(in order to protect their private livestock,)
and as there is no selective breeding program
among the wild, they were quite prolific.
In turn, they were becoming malnourished and even more sickly.
There was quite a debate over it.
I actually like seeing them.
I am not however, opposed to seeing them managed.
Some people think that it was inhumane and unnatural,
but I don't like seeing animals suffer.
So natural or not, I would rather see the healthiest
and strongest let roam and the runted and sickly
put out of their misery.
That may sound harsh, but it is much more humane
than letting them starve to death or die a slow death.
I have seen that too - not pretty!
This year they appear to be in relatively good shape
for being on the tail end of a harsh winter. 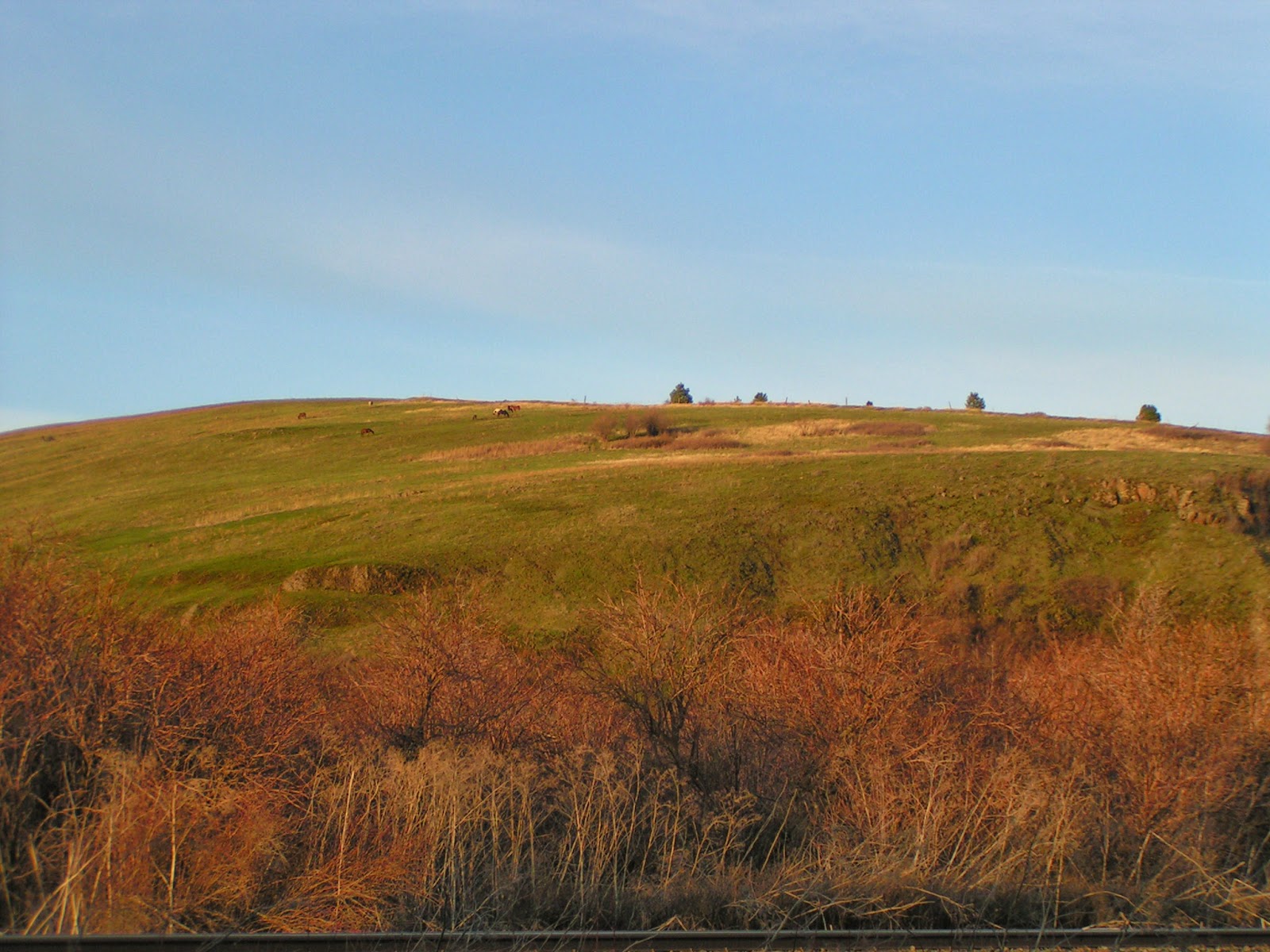 There is already a spring foal in this group.
It just looks like a dot behind the black and white one.
A friend got the binoculars out, and
it's a little mostly black filly.
As the wolf numbers this year are half again what they were last year,
it will be interesting to see what wild life numbers will be.
(Just another note: the wolf breed they reintroduced is not the native breed.
The one they have reintroduced and protect is roughly twice the
size of the native breed requiring of course roughly twice as
much to eat in order to maintain and prosper.
But that's another big topic.)

As spring flourishes, I look forward to seeing not only the foals,
but also the fawns, ducklings, quail chicks (so cute,) and
all the newbies about.
The mountains always seem to provide an awe inspiring scene.