Elk season is now over, and
I am elkless:(
I had a prime opportunity opening day and blew it.
I couldn't get it in my scope in the couple of seconds I had
in which to act.
Instead, I got to hike, climb, and crawl many many miles.
But instead of whining like I would prefer,
I will show you some of the country we covered. 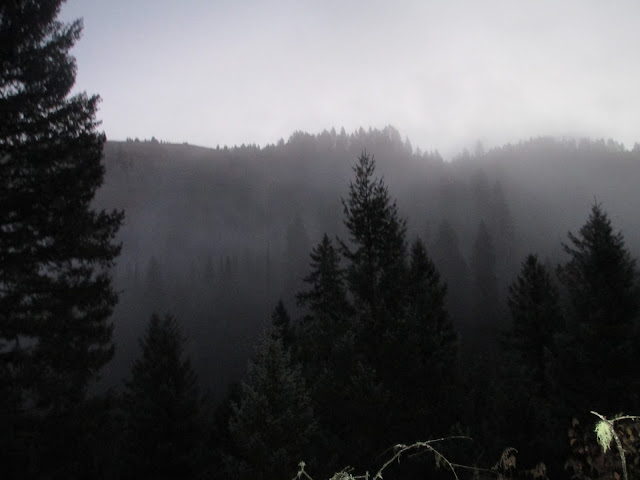 Opening day it was so windy, we had to brace ourselves
against the wind.
In my infinite wisdom, I told Hubby, "This is why you see
those witches stuck to telephone poles.  See we're in the mts.
so it's hunter stuck to tree."
Okay, so I'm warped. 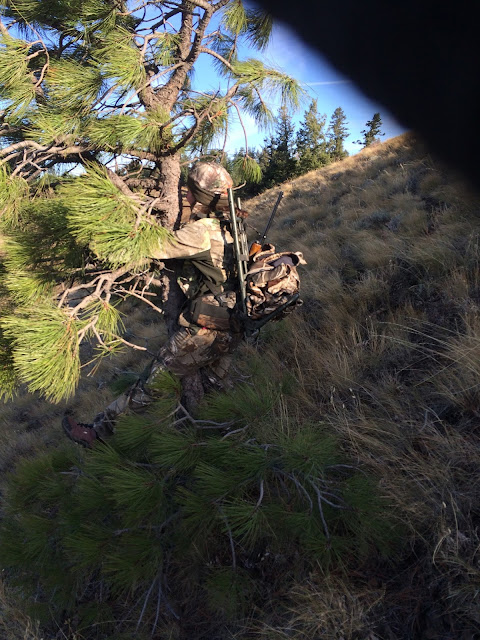 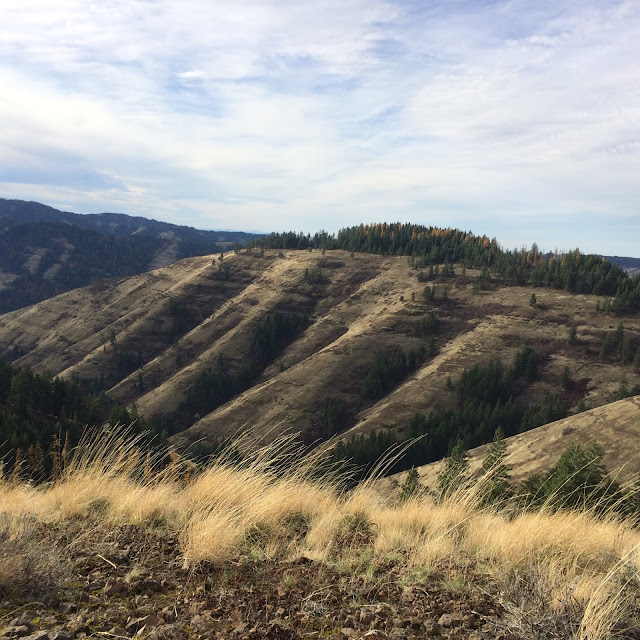 Above and below ~ opening day. 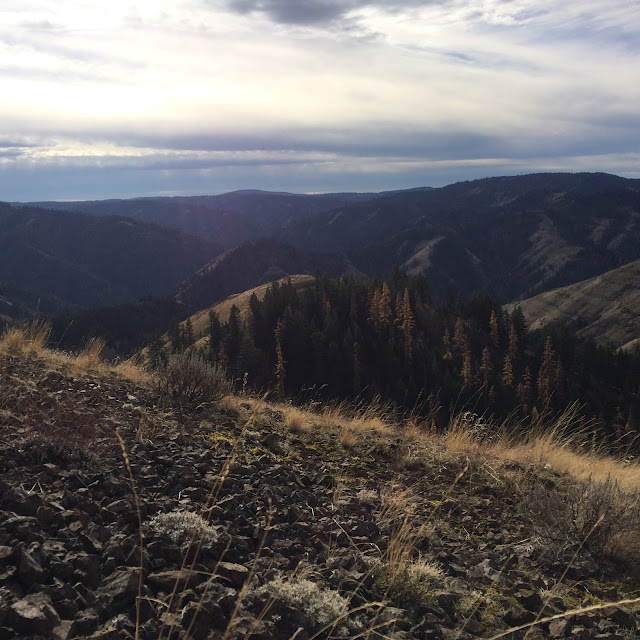 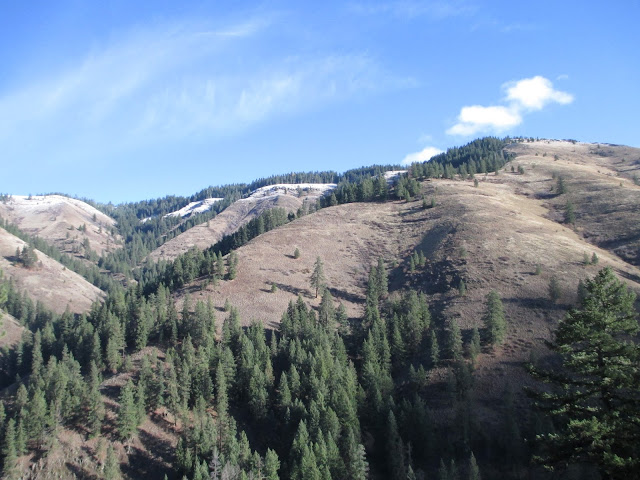 yep that's the snow-line. Yesterday, covered all this in a blanket of white.
We did see about 75 head in this draw, but all cows and branch bulls
- no spikes. 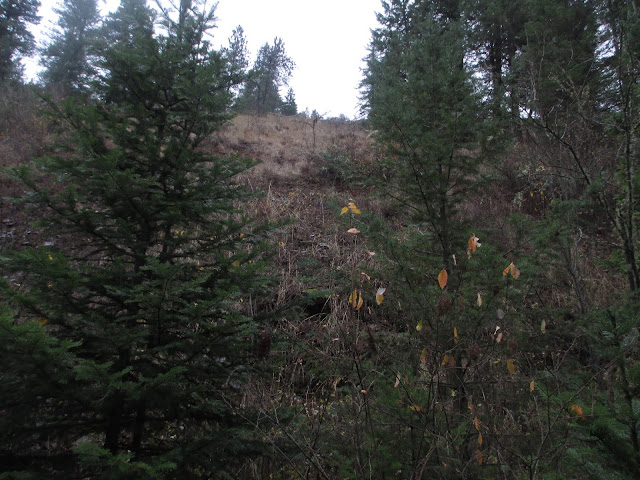 An idea of how steep it can be. 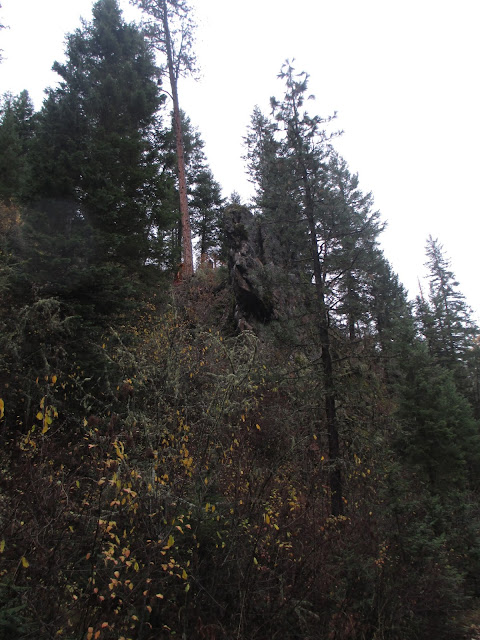 It was exhausting, and I am still without elk in the freezer.
I'm a poor hunter.  It's not something I really enjoy.
I only do it for the opportunity of delicious free range meat.
I don't like waking up in the middle of the night to hike in the dark
to where we are going to watch the sun rise while freezing to death and
remaining 'out' until dark, then come home to cook dinner,
shower, and crash.
It's beautiful, but I'm a fair weather hiker.

Well, as promised, I will soon be posting some fun ideas
centered around the holidays.

Until next time,
Nimble Fingers and Even Stitches.