Here is another item that seems to have been made to last a lifetime.
Here is the last post about finding something that lasts.
It was in our shop when we moved in about 15 years ago.
I had shuffled it around from here to there as different projects
demanded different areas of the shop.
Then last summer, as I was shuffling it around again,
I thought, "I wonder if it actually works." 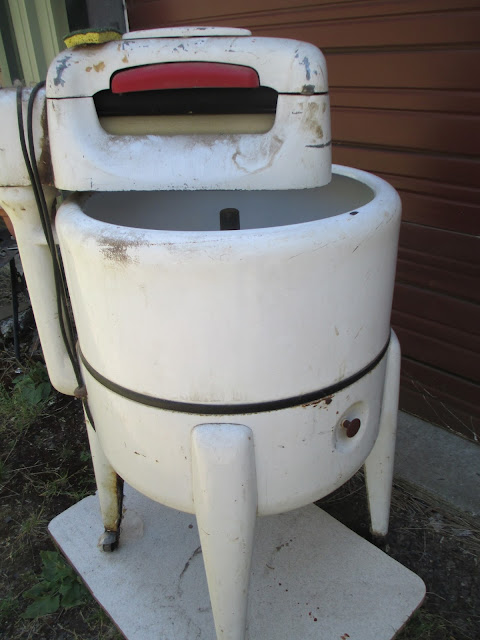 So I took it out the shop door and washed it up.
I then plugged it in.
It appeared to work wonderfully.
She is a 1945-1950 Maytag.  I can't remember exactly.
I looked it up by the serial number but have forgotten. 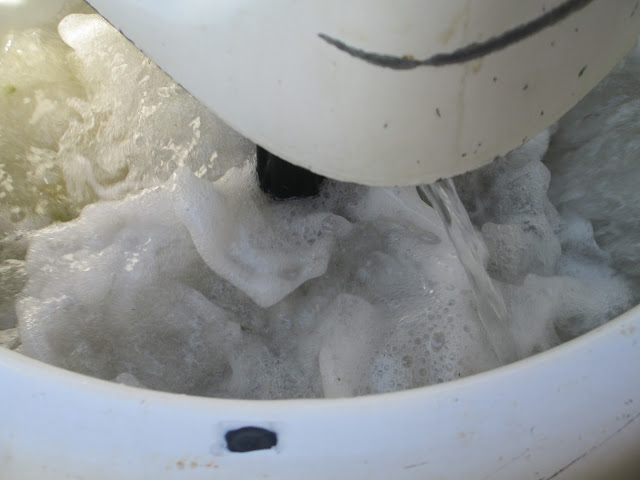 I did do just a little research before I started "playing."
Evidently, if they get tipped over, the oil can run out
which obviously isn't good for the motor.
I had never tipped this one and upon inspection of the underside,
there appeared to be some grease/oil,
but nothing like it had all run out. 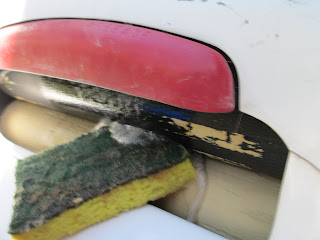 Not a great picture, but I sent the sponge I used to wash it
through the rollers to make sure they would work.
The only thing I can't seem to figure out is how to swing the top
roller section over to the side for loading and unloading.
There is that chance that at one point it was "repaired"
to a state that it no longer pivots.
Or there is also the chance that I just don't know the secret.
If you have suggestions,
I would love to hear them.

Next, I will look for new rollers and a new drain hose.
Both of those items are the rubber just being old and dry
and are not things the manufacturer had control over.
If at some point, our current modern washer gives out,
I'm not so sure I won't just bring this one in the house.

The other thing is the lid is missing.
I'll have to keep my eyes open for one, and
if any one out there has one in their shed or runs across one,
give me a holler.
I'm sure interested.