Another Project from the Scrap Pile

These are homemade seed starting trays. 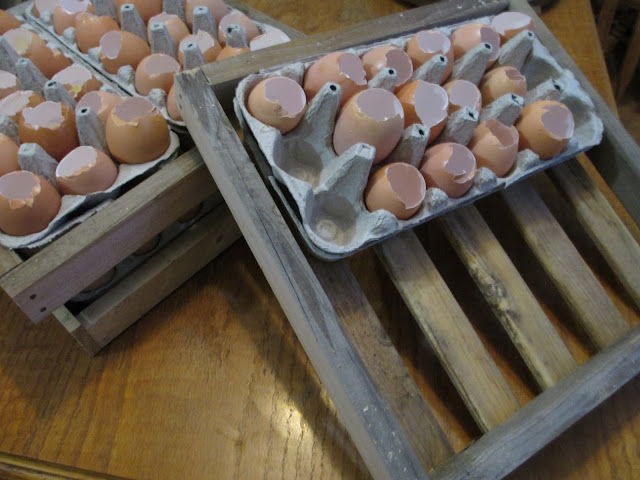 As I shared back here and here, I have a scrap wood pile that I’ve been working on in order to make it disappear or at least shrink considerably.
Over the course of the past few years,
we’ve been working on removing plastic from our lives.
This is no small feat as our society promotes quite the opposite (disposable)
as the norm.
We might never completely get there, but we do try. 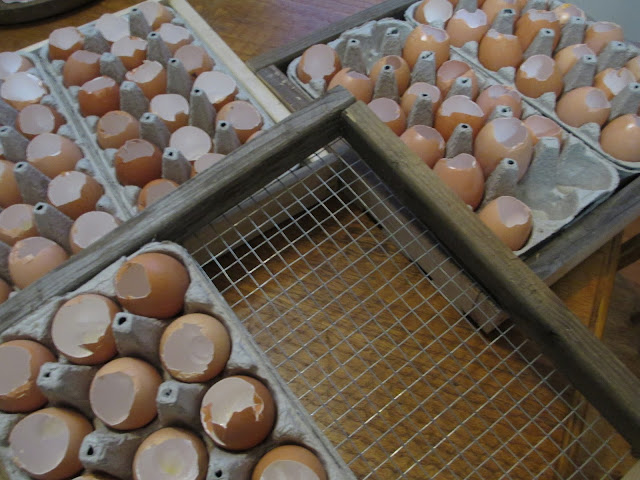 This year I will be using eggshells for seed starting.
(They aren’t yet washed in the pix, but they will be.)
I’ve never tried this before but have always thought it clever
so will have to let you know how they work out.
For the trays, I began with a 1x2, made a frame with two sticks measuring 12” long and two sticks measuring 13 1/2” long in order to make it square.
I had a bit of hardware cloth so used that for the bottom of two of the frames.
I ran out of 1x2s so made my own from a short piece of 2x4 as well as some slats.
For one of the frames I used the slats, and
I am hoping to make a few more.
The ones with wire are lighter weight wise,
but the slats I am able to make virtually for free.
These are so easy and can be made to fit
whatever size seed starting pots you use.
If I wanted to “trap the water” I could place a plastic bag in the tray, but I’m hoping by watering carefully and watching, I won’t have to mop up mini-floods.
So far they are easy to stack and move~
Again, will let you know once full of plants.
If I can't be in the garden,
I suppose I can at least make something for it.
Posted by Lady Locust at 7:42 PM