An Odd Antique and Other Happenings

Sometimes it's just good to share a few of the little happenings
that really do make up life
but are not material for a full post. 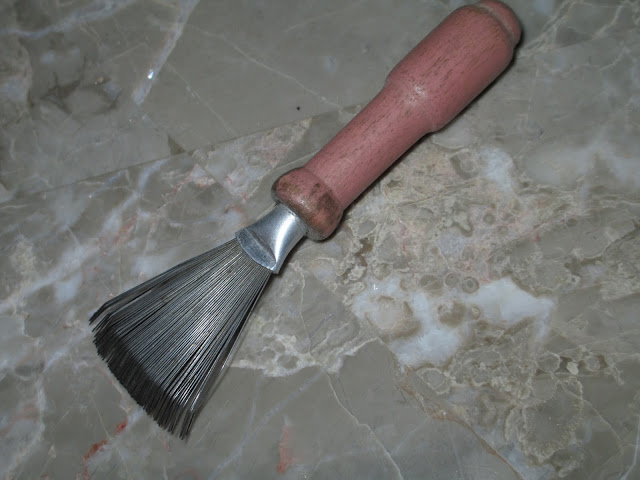 I found this odd little rake looking thing a few years ago.
It was about $2 from an antique dealer who didn't know what it was.
I thought, "What the heck."
So I purchased the silly little thing in order to find out more about it.
I asked my father-in-law who is in his 80's.
The only thing he could come up with was a mustache comb.
But if it was for a man, why was the handle pink?
Even long ago, men's items were more masculine than that. 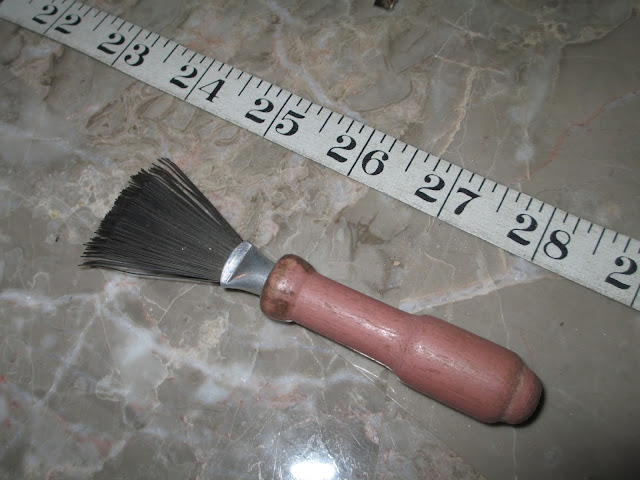 I've never seen another one. . .
until recently.
It was part of an antique set, there was a brush, comb, and
brush cleaner.
I think this one was made in the "remembrance of Victorian" era
when there was an item or specific utensil for each and every little task.
Heavens forbid use the comb to clean the brush!
Regardless, I was delighted to finally figure out what it was.

In that last couple weeks, I've been working on getting the garden in.
A funny tidbit was when I was planting green-beans,
I was rather rushed since my folks had stopped by so
then I was trying to get seeds planted so I could go in and cook dinner.
I had all the rows ready, just needed to place the seeds and cover.
I was bookin' right along placing seeds when I heard them~
The chickens were following behind thinking just how nice I was being.
Luckily they only got to about 3 feet worth
so I replaced the ones they gobbled up and shooed them off.
They had a good laugh about that. 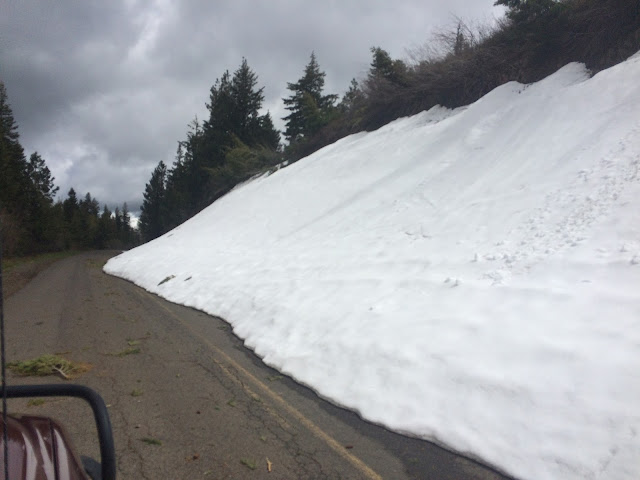 We went for a drive Mother's Day.
Got stuck in the snow and had to get "creative" in order to get unstuck.
It was beautiful.
We didn't find a single mushroom.
So far the only mushrooms we've found,
I actually found when I nearly drove over them in our driveway.
There were 3 of them growing through the gravel??? Weird. Last weekend was the spring Spin-In in Prairie City.
It was absolutely wonderful.
There is such a nice group of ladies.
We took Mrs. Calabash and MrLB took his dirt bike.
(I need to do a post on how she turned out.)
He thought he'd look for mushrooms while I was spinning.
He didn't find any but he did find a forest fire.
He thought it must have been lightening strikes and
spent a couple hours fighting it and getting it contained.
There is no cell service up there so once he was back in service,
he made a few phone calls and was finally able to report it.
Turns out, it was a prescribed burn.
They light the fire then leave it for a couple weeks
before going back to check on it.
Most of that country burnt down last summer and now
the good ol' USFS is lighting fires and leaving them unattended.
So why are Hammonds in prison?
(Sorry for the angst, but that one just blows me away!)
Okay~ New topic. 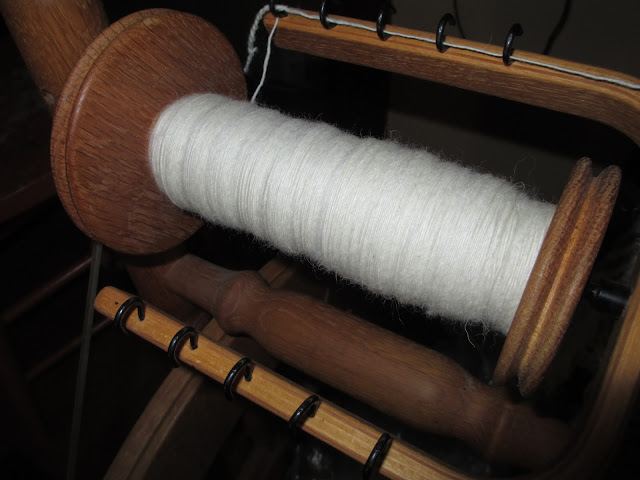 I've hot jar canned a huge bag of oatmeal.
I don't eat it, but Mr. LB likes his trail mix.
This should last a veeeerrry long time. 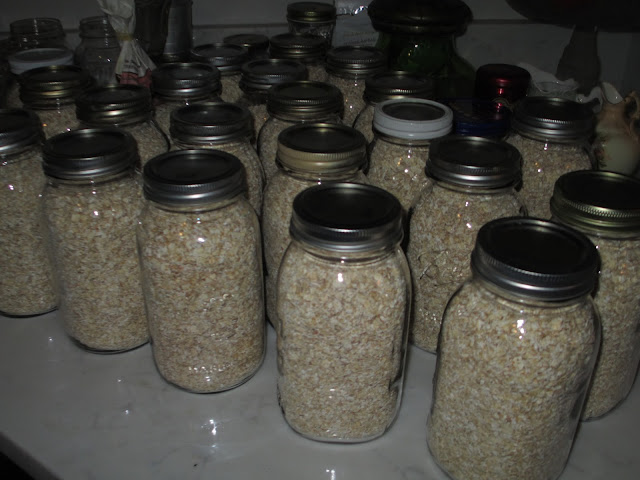 This weekend, we will probably try to start getting our firewood.
I need to finish getting the garden in if we are to harvest more than weeds.
We've had a nice wet spring so far.  I'm hoping it lasts into June. 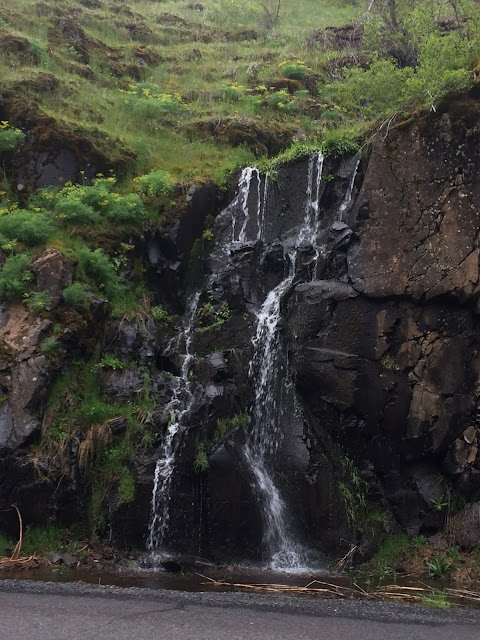 Hope you're all doing well.