Grampa was born in 1914, almost didn't survive the flu of 1918, lived through the depression, served in WWII, worked for many years at the lumber yard, and told his grand-daughter she would someday get his desk.
I always told him I was in no hurry to get it (because I knew what he meant by 'someday'.) 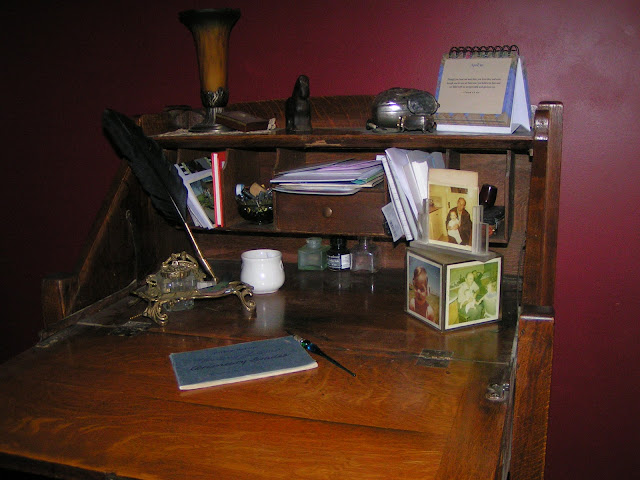 He lasted 97 years and was kind and intelligent until his last day with us.
One of the items I found last weekend that I didn't show,
is this book.  The copy-write is 1918, the year before Grampa began school.
He learned 'The Palmer Method' of writing most likely from a book just like this.  Good penmanship was a sign of a good education.
Not to sound cliche, but my how times have changed. 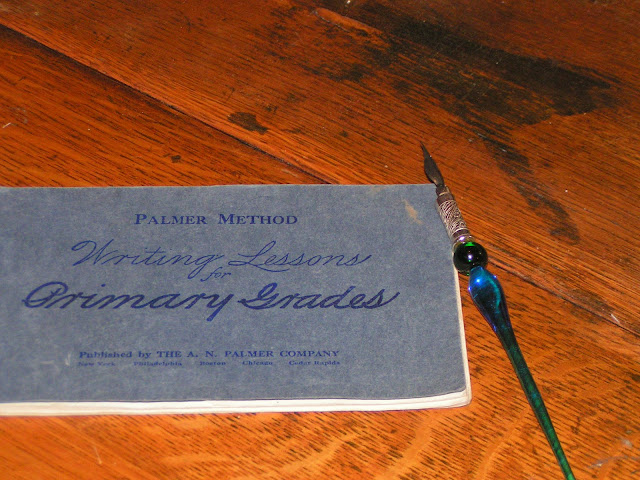 As a teacher, I know the the English is the only language with two forms of writing (print & cursive,) and it would make much more sense to have just one.   Buuuut, the nostalgic romantic in me just loves cursive.
I even taught a calligraphy class one term.  Not just with regular pens and pencils, but with old fashioned dipping pens.  I wish we still used them.
They make even so-so writing beautiful. 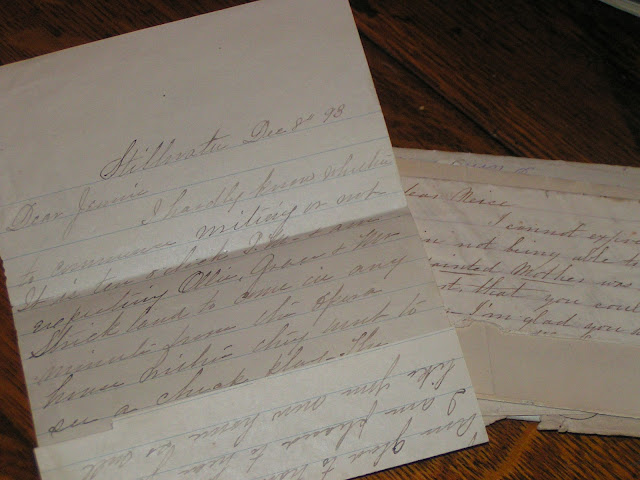 I use them when I write letters.
What is a letter? I hear young readers asking.
Here is an example written to my great-great-grand-mother from her Aunt Jane.  They are still here speaking of births, travels, relations, etc.
How many emails will be around 100 years from now? 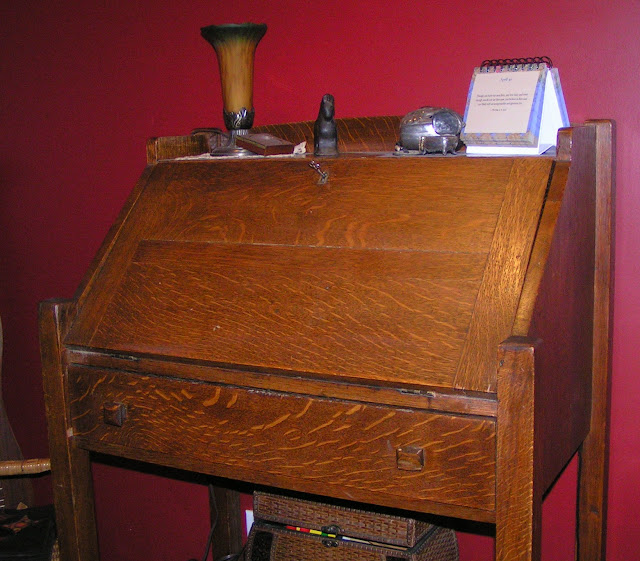 And now, if you'll allow me, I would like to encourage you
to sit and write a letter -
to a friend, a relative, or someone who has touched your life.
If you have never used a fountain pen, and you have the opportunity, go ahead.  Give it a whirl.  You just might find yourself writing more letters just as I am going to do now~
at my grampa's desk.

PS Those are pictures of Grampa with a little ol' me on his lap.  They would probably look a little better in a pretty little frame, but he had them in these little plastic ones for as long as I can remember so I keep them as they are.

Until next time,
Nimble Fingers and Even Stitches
Posted by Lady Locust at 6:20 AM