How and Why We Are Preparing for Winter Now

Yes, it's spring here too.
Because if we wait until winter, it will be too late.

We have our wood in.
It's not all split and stacked,
but we can do that over the span of a couple weeks.
The most difficult part is getting it off the mountain.
We began getting wood in spring because they close the forests
for fire hazard and often don't reopen them until late in fall
which is about the time we start using the wood. 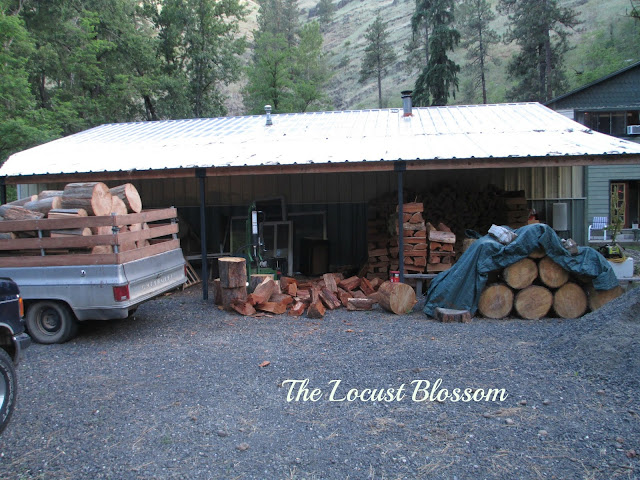 This picture is of the back of the shop.
And yes, I'm letting you see the whole messy truth.
It didn't really dawn on me how much was there until I saw it in the picture.
The large rounds are from the pine we took down last fall.
(That's the link if you would like to see it.)
We are stacking it a little differently this year to see if it makes a difference in keeping it a little dryer ~ the section we will use first is that which is closest to where the rain can hit.
And the other thing we'll watch to see is if it keeps it a little tidier.
I know it's a wood stack,
but it seems like a shedding cat at times.
We'll have to wait and see. 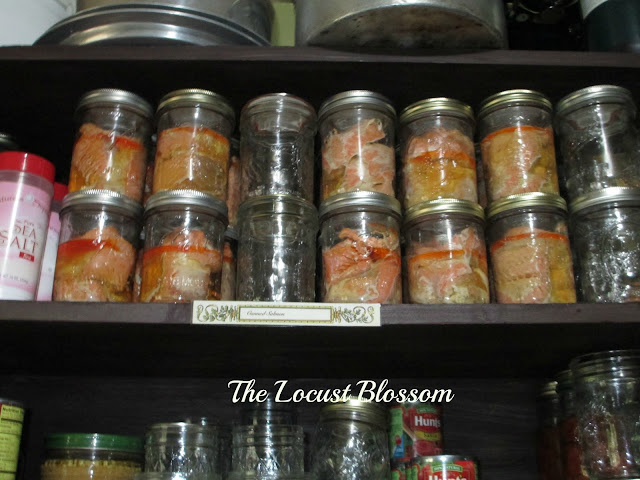 The other thing that has been a focus is fishing.
I know that sounds pretty leisurely.
Fly-fishing is a passion for Mr. LB. (I don't fish.)
Spring fish tend to be best - at least in the Pacific Northwest.
This year has been a little slower since we haven't had
as many opportunities to hit the rivers. 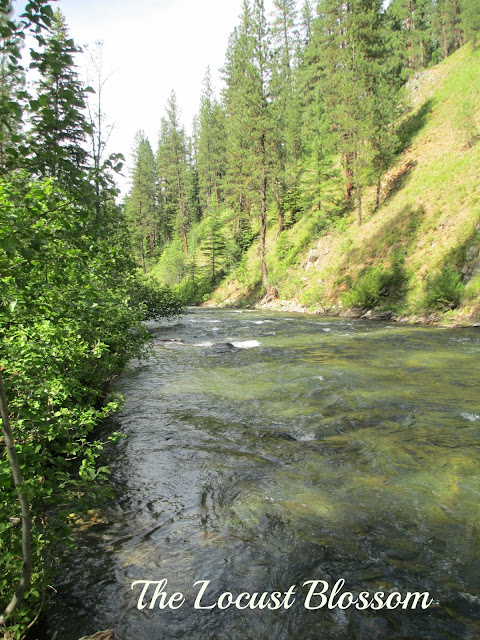 This will hopefully be made up for at the end of the month.
Mr. LB gets to go to Alaska.
This has been something on his bucket list for years so
he is giddy as a schoolboy.
We are also hoping that our fish supply is bumped up a bit.
Due to the distance, it will be frozen rather than canned.
But gee. . . let me think if I can manage - yep!
That's how long I have to think about that one:)

One more thing we usually have going on in May-June is morels.
This year was a bad mushroom year.
There are usually enough for sautéing and for dehydrating
but not this year.
I will have to get the flavorless store-bought kind and
dehydrate those to have on hand for winter.
Morels only have one season per year so we're are out of luck until next year.

By taking care of these things now, far enough in advance,
we not only get to "play outside," but we won't be left scrambling to get
wood in before the snow flies and can kinda ease into the seasons.
It's won't be long before the pea harvest and we'll be back
to having the pressure canner out
as a semi-permanent part of the kitchen decor.

This is Mr. LB's absolute favorite for salmon on the grill.
We have actually given it as a gift:)
Posted by Lady Locust at 4:00 AM